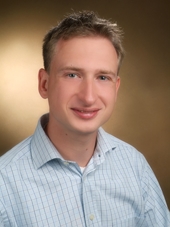 Contrary, neuroscientific investigation of mechanisms behind phantom limb pain suggests changes in both the central and peripheral nervous system. Functional adaptations to the amputation in the central nervous system have been connected to phantom limb pain (Flor et al. 1995; Harris 1999), while at the same time both residual limb pain and phantom limb pain have been associated with altered peripheral nociceptive input originating from the residual limb or the dorsal root ganglion (Devor 2013). Indeed, bottom-up and top-down processes could be complementary, as described previously (Flor et al. 2006).

Vaso et al. (2014) suggests that ectopic activity in stump neuromas and the DRG might lead to an increased cortical representation of the (phantom) limb, as recently reported (Makin et al. 2013), and that this proportional increase is evidence for a bottom-up process in phantom limb pain. But it is important to note that the Makin et al study looked at SI activation during phantom movement/motor imagery, whereas Flor’s early work looked at SI activation during the tactile stimulation of the body part adjacent to the representation of the amputated limb in the topographic SI map (the lip in arm amputees). This is made all the more complex by a recent study that used a physiologically realistic, computational model to help work it out (Boström et al. 2014). They reported that both the amount of brain reorganization, and the level of cortical activity during phantom movement, was enhanced in a (computer-based) scenario with ‘strong phantom pain’, as compared to one with ‘weak phantom pain’. So, what does it all mean? In the commentary (Foell et al. 2014) we wrote for PAIN, we suggested that phantom pain, maladaptive reorganization, and persistent representation during phantom movements, may all be caused by the same underlying mechanism. One candidate, as suggested by Vaso et al, is abnormally increased spontaneous activity of denervated nociceptive channels. That is, the loss of adequate sensory and nociceptor input in combination with subsequent maladaptive reorganization in the injured nerves (especially within C-fibers) leads to increased noisy activity in afferent pathways. This idea shares some similarities with current theories of tinnitus – the frequency of the noise matches a notch of hearing loss – it is as though the nervous system ‘fills in’ the missing data and this leads to ongoing noise at this frequency.

Additionally, continuing spontaneous peripheral input has been demonstrated in amputees without phantom pain (Mackert et al. 2003), and a model reconciling cortical and peripheral mechanisms has been proposed previously (Spitzer et al. 1995). There is one outstanding consideration here, however: every amputee loses peripheral input, but only some get phantom limb pain. So what is different? This up-regulated system or the fact that it causes pain? More research is required! 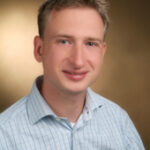 Martin Diers, PhD, is a psychologist in the Department of Cognitive and Clinical Neuroscience at the Central Institute of Mental Health, Medical Faculty Mannheim, Heidelberg University, in Mannheim, Germany. He was trained in neuroscientific pain research and has an additional clinical training in behavioral treatment. Any questions about his work can be directed to him at martin.diers@zi-mannheim.de