The phantoms in our dreams

Home / The phantoms in our dreams 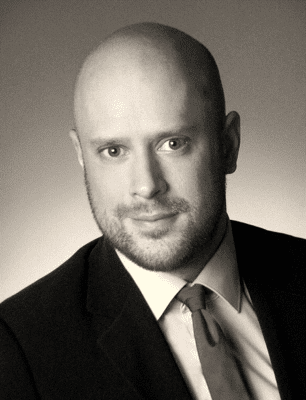 Ask yourself for details in your latest dreams and you will recognize how hard it is to recall your own dream content in a precise and valid manner. In William Shakespeare’s world-renowned tragedy ‘Hamlet’, the protagonist says ‘a dream itself is but a shadow’, emphasizing the transience of this cognitive phenomenon. As such, dreams hardly lend themselves to scientific investigation. From a psychoanalytical point of view, dreams are important sources of information about unconscious human motivations. More recent psychological approaches, however, promote the so-called continuity hypothesis of dreaming, stating that dream content relies basically on experiences in the waking state.

The findings of previous studies on dream content in amputees, however, are apparently out of harmony with the continuity hypothesis. Asked for their recalled body appearance in dreams, amputees predominantly report having an intact body in their dreams, motivating some researchers to assume an innate body model on which the cognitive processes draw during sleeping. However, the relatively small samples investigated so far have not allowed for the evaluation of possible interactions with other amputation-related characteristics, such as the burdening experience of residual limb pain or phantom limb pain, describing painful sensations in the remaining or the missing body part. To detect its small effects on body appearance in dreams, it is clear that scientists require large datasets.

Thus, in our recent study published in PLoS One, we used one of the world’s largest databases on phantom phenomena in limb amputees, i.e. the PHANTOMMIND dataset, collected in a previous project funded by the European Research Council. From 2009 to 2014, we collected data from almost 4,000 amputees in a nation-wide epidemiological study. Besides demographic and amputation-related information as well as details on phantom sensations, we asked for the participant’s dream recall frequency in general as well as their ability to recall their dreamed body appearance in particular. In the latter case, we asked for the percentage of dreams with an intact or an impaired body. Additionally, we asked for the percentage of dreams in which no body appearance could be remembered. Together with the assessment of dream recall frequency, we believe that this is an important methodological advantage compared to previous studies, since the general ability to recall dream content is obviously associated with the recall of certain dream details.

For the crucial analysis, we performed ordinal logistic regressions for the body appearance in dreams. In the present context, this kind of statistical evaluation enables us to detect associations between multiple independent variables and a target variable, i.e. the body appearance in dream. Besides other data, we entered amputation-related characteristics and the presence of certain phantom phenomena as independent variables. Most importantly, we entered information on post-amputation pain, i.e. the intensity of phantom and residual limb pain. We controlled for the effects of age, sex, and dream recall frequency.

The questionnaires of 2,156 participants contained valid data on body appearance in dreams. More than 24% of the amputees stated that they dreamed themselves as always intact, and less than 3% that they dreamed their bodies as always impaired. About 35% reported that sometimes their body is intact and sometimes impaired. So far, these data replicate the findings of previous studies.

However, the ordinal logistic regression analyses revealed new information. We found that post-amputation pain had a significant positive relationship with recalled body appearance in dreams: the presence of both phantom and residual limb pain predicted individually and specifically the recall of an impaired body. There were no such associations with non-painful phantom sensations. This is an interesting finding, indicating that the mere presence of a phantom limb is not sufficient for dreaming of oneself as intact or impaired. This clearly indicates that there might be other factors affecting the body appearance in dreams than the earlier proposed innate body model.

Our findings support the assumption that there is a relationship between the subjective importance of experiences in the waking state and the probability of dreaming about them. In the case of limb amputation, post-amputation pain might remind the amputee of the physical impairments and its negative consequences which are reflected in a more frequent recall of an impaired body. Thus, the specific associations to post-amputation pain reported here suggest an influence of suffering rather than physical alteration, supporting the continuity hypothesis of dreaming and highlighting the importance of emotionally toned experiences on dream content.

In conclusion, our results demonstrate that experiences in the waking state find their way into one’s dreams. In highly burdened groups, such as chronic pain patients, this relationship might represent an additional stressor which should get attention in psychological care, at least in some cases. Dreams per se, however, remain elusive, and even large-scaled studies cannot completely reveal the ‘shadows’ covering their true meaning. Nevertheless, they might help to elucidate the complexity of human cognition. 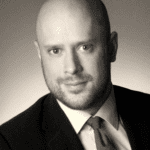 Robin Bekrater-Bodmann, PhD, is psychologist and head of the research group ‘Body plasticity and memory processes’ at the Department of Cognitive and Clinical Neuroscience at the Central Institute of Mental Health in Mannheim, Germany. His main research interest is the interaction between pain and body perception in health and disease. Any questions about his work can be directed to him at r.bekrater-bodmann@zi-mannheim.de