How does watching a parent in pain impact children’s own pain experiences?

Home / How does watching a parent in pain impact children’s own pain experiences? 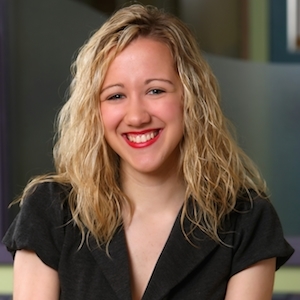 Pain problems tend to run in families; if you have a parent with chronic pain you are also more likely to experience chronic pain yourself 1. While a simple explanation for this phenomenon is that parents and children share genetics that may predispose them to pain, research has shown that this does not fully explain the relationship, and thus begs the question of what else could contribute?  We and others suggest that environmental and social factors may also have a role (e.g., Levy et al. 2001 2). Indeed, one social factor widely speculated as having a role in the aggregation of pain complaints in families is social modeling. Social modeling (a central mechanism in Bandura’s Social Learning Theory 3) describes a process in which individuals can learn by observing the behaviours and outcomes of others, without having to directly experience it themselves. For example, you may observe your friend rubbing their sore elbow and learn from that experience that rubbing the spot may help the pain even without directly experiencing  or trying the method yourself. You may even find yourself drawing on that technique the next time you bump your knee.

Despite a strong theoretical rationale for considering social modeling as a contributor to  the pain experience, very little research has investigated  the social modeling process. That which has is mostly limited to questions about pain models in retrospective self-reports (e.g., asking pain patients “Do you remember anyone in your family having pain when you were a child?”). An important foundation for future work has been laid by an experimental study by Goodman and McGrath 4 , which showed that after having observed their mothers model exaggerated pain expressions, children reported lower pain thresholds. Similarly, after having observed their mother model minimized pain expressions, children also showed less pain behaviour on their face as well. Because the children only observed their mother’s behavior, no comment can be made on the potential role of model/observer sex in this process.

There is a rationale for suspecting that sex (differences between biological males and females) and gender (traits, behaviours, beliefs, and roles considered to be masculine or feminine) may play an important role in the social modeling process. Because of a large exposure to many different ways of modeling pain from the beginning of life and onwards, we must somehow select which models to attend to and which to ignore. One of the parameters that children may use to determine which models are relevant  is by looking for models that are similar to themselves. Sex is one of the first ways that children learn to categorize themselves and others, and therefore it may be more likely to influence who they model their behaviour after. Indeed, some previous pain research has suggested sex-specific relationships in pain modeling in adults: pain models have been shown to be a greater predictor of pain in women compared to men 5-7. However, we know that sex differences and gender influences observed in adult pain are not always seen in children 8. Therefore, we conducted an experimental study to look at sex differences in the modeling of pain behaviours in parents and children 9.

We recruited 168 dyads that included a healthy child between the ages of 6 and 8 years, and one of their parents. To be able to look at sex differences, we recruited an equal number of mothers and fathers, daughters and sons. Families came into the lab and, unbeknownst to their children, parents were randomly assigned to one of three experimental conditions; during the cold pressor pain task they were asked to: either exaggerate their expression of pain (Exaggerate condition), minimize their expression of pain (Minimize condition), or act naturally (Control condition). After watching a brief video to familiarize themselves with what they were asked to do, parents then completed the cold pressor pain task while their children observed. Once the parent had completed the task, parents and children each privately rated how much pain they thought the parents had experienced, and children also rated their own anxiety. Then the parent and child switched seats, and the child did the cold pressor pain task themselves and their parent observed. Again, once the task was finished, both parents and children privately provided ratings of how much pain the child had experienced during the task.

In analyzing the data, we looked at pain outcomes comparing groups based on child sex (boy vs. girl), parent sex (father vs. mother), and experimental condition (Exaggerate vs. Minimize vs. Control). In brief, what we found was that the manipulation of parent behaviour had a significant effect on children’s anxiety. Children in the Exaggerate condition reported feeling significantly more anxious after watching their parent complete the cold pressor task than children in the Minimize condition. Social modeling has long been suggested as an etiological mechanism in the development of needle phobia, and our study suggests that indeed, observing another’s exaggerated response to painful event serves to increase children’s anxiety.

We did not find any differences in children’s pain outcomes based on the sex of the parent they were observing, indicating that in healthy 6-8 year-old children, the impact of watching a mother versus a father completing the cold pressor task on the child’s own pain outcomes was approximately equal. Additionally, there were no interactions between child and parent sex, therefore children did not seem to be significantly more impacted by observing a same-sex parent.

However, we did find an interesting interaction between experimental condition and child sex. Girls who observed their parent exaggerate an expression of pain reported significantly greater average pain intensity than boys. No sex differences were observed in children who were in the Minimize or Control condition. This suggests that the impact of observing an exaggerated expression of pain was different for boys and girls. There are several reasons as to why this might be the case. One hypothesis is that girls may pay more attention to social cues or signals of distress in their environment, therefore the exaggerated reaction had more impact on them. Another possibility is that girls were more likely to model exaggerated pain behaviour than boys, as exaggerated expressions of pain (as viewed in a gendered context) are typically perceived as being more socially acceptable for women compared to men. The social learning literature has described that children, particularly boys, are likely to reject the behaviour of models that are considered to be “gender-inappropriate” or incongruent with their perception of acceptable behaviour for others of their sex 10,11.

While our study only looked at social modeling and pain in the parent-child relationship in an experimental context, it provides a number of possible research avenues in this fascinating area in both clinical and basic science research. It will be important for future research to consider the various channels through which behaviours can be modeled (e.g., body postures, verbal content and tone of voice, facial expressions) and technology such as eye-tracking may be helpful in teasing apart what behaviours are attended to when an individual is observing a model in pain. Additionally, a better understanding of the gendered context of pain behaviour would help us understand both how sex and gender influence the pain modeling process, and also how pain-related gender stereotypes are developed and perpetuated. Finally, there are clinical implications for understanding how the social modeling process is involved in the intergenerational transmission of pain, which may lead to prevention and intervention efforts for families. 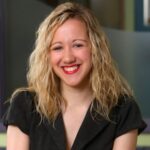 Katelynn Boerner recently completed her PhD in Clinical Psychology at Dalhousie University in Halifax, Nova Scotia, Canada. The research described above was conducted at the Centre for Pediatric Pain Research in the IWK Health Centre, supervised by Dr. Christine Chambers. Katelynn was supported by a doctoral award from the Canadian Institutes of Health Research (CIHR), a CIHR Michael Smith Foreign Study Supplement, a Scotia Scholar Award from the Nova Scotia Health Research Foundation, and an IWK Graduate Student Scholarship. Her research was funded by grants from the American Psychological Association, Canadian Pain Society, and the Dalhousie University Department of Psychiatry. Katelynn is a trainee member of Pain in Child Health: A Strategic Research Training Initiative of CIHR.