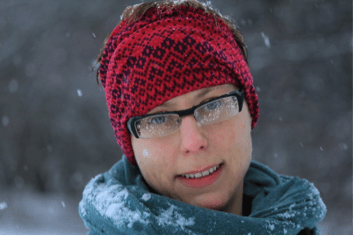 People living with pain often find themselves in situations in which they have to choose between protecting themselves from pain and pursuing other plans or goals. For example, should I stay at home and rest to avoid worsening my pain or should I go to the office and impress my boss to get the promotion? Should I go to bed early so that I feel better tomorrow or should I party and have fun with my friends tonight, and then pay for it with more pain tomorrow? Should I go to the gym despite my pain; even though I am actually afraid I could get injured? Or should I avoid physical exercise completely to minimise the chance of pain and re-injury, even though I am told being active will make me feel better?

Choosing between avoiding pain and pursuing other goals can be very difficult and can present a conflict between outcomes that are equally important and desirable. In the face of such conflict we can feel frustrated, unhappy, and confused about what to do. We may need more time to make a choice or we may start flip-flopping between the alternatives. People living with chronic pain are often required to make difficult choices in an attempt to resolve conflicting goals. The resolution of perceived goal conflict seems to play an important role in effective psychological pain treatment. However, to date, there is surprisingly little known about the choices people make in relation to pain in the face of conflicting goals. Further experimental effort is required to improve our understanding of the factors that contribute to the choices that are made. In our recent article in The Journal of Pain (Schrooten, Wiech, & Vlaeyen, 2014), we address this relevant issue. This article describes an experimental lab study in which we examined the relationship between pain-related choices, the perception of pain, and negative affect in different goal conflict situations.

Our results are very promising, and suggest that this approach warrants further consideration and research. As expected, longer choice time and greater choice inconsistency (that is, more switches in choice) were associated with higher perceived conflict and decision difficulty. Longer choice time was slightly associated with higher pain intensity, unpleasantness, threat, and fearfulness. Perhaps most interestingly, for the avoidance-avoidance conflict situation group only, greater choice inconsistency was associated with higher pain-related threat and fearfulness, and with more negative affect. This finding fits with the idea that goal conflicts that produce frustration and negative arousal are positively related to pain-related fear. In particular, this might hold true for choices between incompatible negative outcomes that are threats in themselves, such as the choice between pain and job loss or social rejection. It is worth considering that the oscillation between behavioral inactivity and activity often seen in people living with chronic pain may reflect the oscillation between goals in stressful avoidance-avoidance conflict situations.

There are several questions that need to be answered by future research. For instance, our findings cannot be readily generalized to other goal conflict situations or to (chronic) pain populations. Furthermore, what are the processes and brain mechanisms underlying choices in pain-related goal conflict situations? The fields of decision neuroscience and neuro-economics have just begun to develop a theoretical understanding of decision making and choices under uncertainty that could be applied to our questions. We believe that a better understanding of pain-related goal conflicts and their resolution will lead to more effective treatment of pain patients who are required to make painful choices, over and over again. 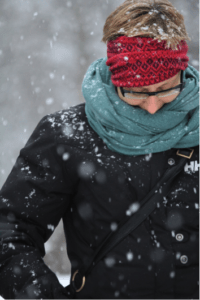 Martien Schrooten is a senior research fellow at the Center for Health and Medical Psychology (CHAMP) at Örebro University in Sweden. She is also a visiting research fellow at the Research Group on Health Psychology at the University of Leuven in Belgium. She has a PhD in experimental clinical psychology from Maastricht University in The Netherlands and did postdoc research at the universities of Maastricht, Leuven, and Örebro. Her research has focused on understanding the cognitive and motivational mechanisms underlying anxiety and (anticipated) pain, mainly by using behavioural experiments. Being a Flemish girl seasoned by Dutch culture and living for about two years in Sweden, Martien tries to adjust to the Swedish lagom way of life (not too much, not too little, but jusssssssst right), does a lot of fika (kind of a coffee break but more than just a coffee break; Swedes love to fika), and practices her Swedish language skills without dropping her poker face (well, bra means good, kiss means urine, slut means end, and fart means speed).