Interactions between Pain and the Motor Cortex

Home / Interactions between Pain and the Motor Cortex 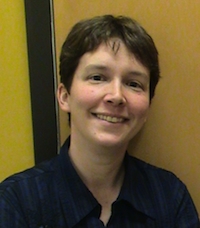 People are generally aware that pain can interact with motor performance, but pain-related motor dysfunctions are often put down to pain caused by the movement or fear of re-injury (e.g., fear-avoidance behaviors). The reality of things, however, is much more complex, and in a recent review paper (Mercier & Léonard, 2011; see also Bank et al. 2012) we discuss several examples of the complex interactions that can exist between pain and movement control.

One of the most striking examples comes from our work in amputees. In order to understand how amputees can inform us about pain and movement there are a couple of things that you need to know. First, virtually all amputees experience the vivid impression that their missing limb is still there, a phenomenon called phantom limb. Intriguingly, most amputees report that they still feel able to move their missing limb and while some can move it very easily, movement is sometimes very difficult and effortful in others. Second, some amputees (but not all) experience phantom limb pain (i.e. pain that is perceived as arising from the missing limb and that it is sometimes described as excruciating).

After several years working with amputees we observed something curious: the ability to perform phantom limb movements is related to phantom limb pain: patients with pain move their phantom limb much slower that those who have no pain (Gagné et al. 2009). It is a little bit tricky to explain this type of pain-movement interaction by saying that the movement causes pain in the non-existent limb, or that amputees are afraid of re-injuring their missing limb! Interestingly, there evidence from several labs shows that “retraining” motor control of the phantom limb (using mirror therapy, virtual reality or graded motor imagery) can result in decreased phantom pain (see for example Mercier & Sirigu, 2009).

It is too early to talk about causal relationships between pain and motor deficits in patients with neuropathic pain as we still don’t know whether pain alters motor control, nor whether reorganization within the motor system contributes to chronic pain. Despite certain gaps in our knowledge we do know that acute pain, even of low intensity, can inhibit motor cortex activity (Dubé & Mercier, 2011). In patients with motor deficits who experience pain the inhibitory influence of pain on the motor cortex may mean that motor areas are activated in a suboptimal manner during voluntary movements. If this is true, it might partially explain why patients with pain AND motor deficits resulting from a neurological insult often have poorer long-term recovery than patients with similar motor deficits but without pain. 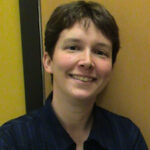 Catherine is a professor in occupational therapy at Laval University and a researcher at the Centre for Interdisciplinary Research in Rehabilitation and Social Integration (Quebec, Canada). She is performing clinical and neurophysiological studies to clarify the impact of pain on motor learning and recovery during rehabilitation.