Pain and mortality in older adults, what is the relationship?

Home / Pain and mortality in older adults, what is the relationship?

In those of working age there is a known association between pain and increased risk of mortality (excess mortality) for both men and women. Macfarlane et al (2001) found that adults with regional/widespread pain were at increased risk of mortality in the 8 years following onset, and these deaths were predominantly due to external causes (such as accidents or suicide) or cancer. This has since been replicated in a number of other studies (McBeth et al, 2009; Torrance et al, 2010; Jordan et al, 2010). However, two other studies, Macfarlane et al (2007) and Smith et al (2003), failed to find an association between regional/chronic pain and an increased risk of mortality. The mechanisms for why such a relationship might exist are unknown, however, it may be that those with chronic pain may have a lifestyle characterized by factors likely to increase mortality, such as lower levels of physical activity, professional hazards (e.g. manual work), and/or a poor diet.

There is little known about the potential relationship between pain and mortality, specifically in older adults. We felt it was important to examine this relationship in greater depth in the older population, because the risk of mortality and prevalence of co-morbid conditions are higher (than those of working age), and the experience of pain is more likely to be disabling. Pain in older age is more pronounced and most likely to be present in several parts of the body (Lacey et al, 2014), causing a detrimental effect and greater impact upon independence and well-being, including interference with day to day activities and functional ability. The current study aimed to examine the relationship between pain and excess mortality in older adults, and to examine differences between disabling and non-disabling pain.

Using the Cambridge City over-75s study (CC75C), a longitudinal cohort study where adults 75 years and over were involved in interviewer-administered questionnaires, we examined the relationship between pain, mortality and the effect of disabling and non-disabling pain. Within this questionnaire participants were asked about the presence of back pain, and whether or not this was disabling (interfered with day to day living) or non-disabling. The Office for National Statistics (UK) provided notification of all deaths. Comprehensive methods of the CC75C study can be found here. In brief, in 1985-1987 all men and women aged >75 years from a selection of geographically and socially representative primary care practices in Cambridge were contacted, of whom 95% participated. Due to differences in how back pain data was collected in Survey 1 (1985-87) and Survey 2 (1988-89), we used Survey 2 as our baseline measure. The data for the current study included those 1174 individuals who provided back pain data at baseline, and of those date of death was known for 1158. Survival (time from initial questionnaire completion to mortality by censoring date) was computed for all individuals based upon a follow-up of 20 years.

Our key findings were that this potential association between pain and excess mortality remains into older age, we further demonstrated that this association may be limited to disabling pain and, interestingly, that it exists solely in women. Those reporting disabling back pain were at increased risk of mortality in the subsequent 20 years (Hazard Ratio: 1.4; 95% confidence interval: 1.1-1.8), and this remained after adjusting for socio-demographic variables and potential disease markers. Women experienced a 40% increase in their risk of mortality associated with disabling back pain, while no such increase was observed for men (HR 1.4; 95% CI 1.1 – 1.9 and RR 1.0; 95% CI 0.5-1.9, respectively). Those with non-disabling back pain did not experience any increase in their risk of mortality (HR: 0.9; 95% CI 08-1.1).

The possible mechanisms that explain the relationship between pain and mortality are unclear, and as yet we are baffled by the specific relationship that is seen between disabling pain and women. The reasons for a relationship between pain and increased risk of mortality remain purely speculative, such as: do those with disabling or chronic pain have a lifestyle which is characterized by factors that are likely to be associated with increased mortality risk, such as lower levels of physical activity and a poor diet? Evidence from Vandenkerkhof et al (2011) support this theory as they have shown that those with chronic widespread pain (CWP) at 45 years reported a lifestyle at 33 years that was characterized by a high fat diet, high BMI, and low levels of physical exercise. Further, these associations were stronger in women than in men. Future investigation might consider tackling why this association is limited to disabling back pain, but not non-disabling back pain.

That the relationship is seen only in women warrants further consideration. Speculative thought suggests that disabling back pain may be related to undiagnosed osteoporotic fractures, which are more common in women and more likely in those physically frail, however we did not have the data to examine this further. Therefore, we are unsure as to what factors can accurately explain this relationship between disabling back pain and excess mortality in women, is it just that disabling pain is aetiologically different between men and women or are we missing something?

Whatever the reason is behind this relationship, it is clear that future research is essential to understand the mechanisms which underpin it, and specifically determine why this relationship differs in men and women. 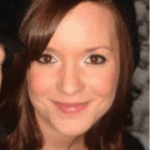 Dr Rachael Docking completed her undergraduate degree in Psychology at the University of Aberdeen followed by her PhD in epidemiology, specifically looking at the occurrence of back pain in older adults and psychosocial risk factors for back pain onset. Since graduating Rachael has worked as an assistant psychologist with NHS Scotland investigating whether Interpersonal Psychotherapy for low level offenders is an effective way of reducing reoffending rates and improving quality of life. Following this Rachael worked on a short term contract as a research analyst in the Scottish Prison Service where she was involved in the assessment and evaluation of the Good Lives Programme for sex offenders in Scottish prisons.