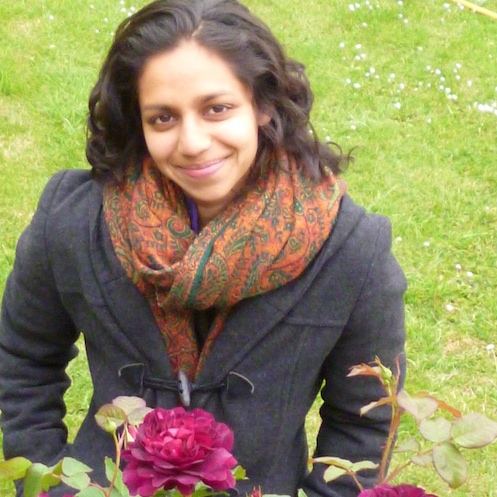 Chronic pain is a common condition[1], often involving frequent use of health care services[2]. The chronic pain experience, involving a combination of biological, psychological and social factors, can be amplified by emotions and thoughts about the pain.[3]

Mindfulness meditation has become increasingly popular as a self-management technique practiced both within and outside healthcare settings. Mindfulness courses, typically delivered as weekly group sessions over eight weeks, teach specific practices including noticing thoughts and emotions as passing phenomena, while placing attention on the breath or another aspect of present-moment experience. An attitude of curiosity, openness and acceptance towards one’s experience is developed.[4]

Previous reviews on mindfulness-based interventions (MBIs) for patients with chronic pain have focused on clinical outcomes[5, 6] such as pain and depression symptoms, however we considered that it is also important to measure humanistic outcomes. Humanistic outcomes are the aspects of one’s life that are affected by the condition (such as physical functioning), or factors that moderate the way a condition affects life (such as pain acceptance).[7] So, with colleagues from Universities of Aberdeen, Glasgow, and NHS Highland and Tayside, I conducted a systematic review and meta-analysis looking at the effects of MBIs for chronic pain patients, on humanistic as well as clinical outcomes[8]. We systematically searched electronic databases for Randomised Controlled Trials (RCTs) involving chronic pain patients taking part in a group MBI of at least six weeks.

Each included study was assessed for quality using the Yates Quality Rating Scale[9] , a scale specific for assessing quality of RCTs of psychological trials for pain. The effect of mindfulness on outcomes was compared between intervention and control groups. Results from individual studies were combined in a meta-analysis. We also looked at whether the control group being active (such as an educational control) or inactive (such as standard care) made a difference.

We found eleven studies to be included. Participants were most commonly female and Caucasian, aged 47 to 52 years on average, except two studies with older adults. The majority of participants had completed secondary education and/or had a college qualification, and were either employed or retired. Chronic pain conditions included fibromyalgia, rheumatoid arthritis, chronic musculoskeletal pain, failed back surgery syndrome, and mixed aetiology. Study population sizes were often small, with several being pilot studies or failing to recruit target numbers.

The quality of included studies was variable. Drop-out rates from studies ranged up to 50% and were generally higher from intervention than from control group programmes. Studies reported that drop-outs had a lower level of education[10], were older[11], had more severe symptoms[11,12] and poorer physical functioning[12,13].

So what does all this mean? Clearly, there is currently limited evidence for effectiveness of mindfulness for patients with chronic pain. However, a number of interesting issues are raised. Where there was a significant improvement, it was in humanistic rather than clinical outcomes. The most commonly reported outcomes were clinical, however, it is questionable whether these are the most appropriate outcomes to measure, given that the goal of MBIs is not necessarily to alter the symptom experienced, but rather to increase self-management and coping. Where studies had active comparators, effects were weaker. It is likely that benefits of attending the mindfulness group included factors other than mindfulness meditation alone, that may also be present in active comparators, such as the effects of being in a group.

There were many limitations in included studies. Frequency of home meditation practice was not measured although it may be an important factor affecting outcomes.[14]
Most of the studies measuring mindfulness used the Mindful Attention and Awareness Scale (MAAS) as their measure of mindfulness. The MAAS is less sensitive to change in novice meditators[15], and so a suggestion for future research would be to use a multidimensional scale appropriate for novice meditators, such as the Kentucky Inventory of Mindfulness Skills (KIMS) or the Five Facet Mindfulness Questionnaire (FFMQ).[16]
Low participation rates will have resulted in samples being self-selected. High drop-out rates and inclusion of drop-outs in analyses may have resulted in effects of the intervention being diluted.

I have begun exploring the issues of recruitment and retention in the next stage of my research, a study exploring the barriers and facilitators to engagement with mindfulness interventions for chronic pain patients. 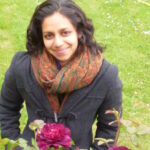 Leila is currently conducting a part-time PhD with University of Aberdeen, while working as a General Practitioner. She has been living for the last 7 years in Fort William area whilst completing academic GP training and beginning work as a locum GP and Academic Fellow. She was born in Cambridge and went to University in Nottingham, where she discovered mindfulness meditation and began a regular meditation practice. Her research work, focused on engagement in mindfulness for people with chronic pain, has enabled her to bring her interests in spirituality and psychology into her working life.