If we posit that pain is an output of the brain that is based on the perception of threat, it would follow that decreasing threat, whatever it may be, would positively influence a person’s pain experience. This has led to some exciting therapeutic advances aimed at altering threat, which include encouraging patients to rewrite their pain experience using a biopsychosocial model of their pain, educating patients about the neuroscience of pain, and teaching them about body representations.

Seven years ago, our research team, led by Adriaan Louw, embarked on a series of studies aimed at developing a preoperative neuroscience education program for lumbar radiculopathy. The series was underpinned by a general theme of teaching patients about the neurophysiology and neurobiology of pain before surgery, so that when they experienced pain after surgery, they were expecting pain, they had the capacity to “embrace it” and to make healthier choices regarding their postoperative pain. An example of such healthier choices would be moving on and improving their functional abilities, despite the presence of pain; that is, that pain is normal. We would then compare them to patients not receiving preoperative neuroscience education on outcomes such as pain, disability, healthcare utilization and thoughts/ beliefs about their surgery. We did, however, have to “tip-toe” around the general idea of not trying to talk patients out of undergoing surgery…otherwise, no surgeons would consent. We felt deeply that the “holy grail” would be to teach patients getting ready for surgery so much about their pain that they would believe they might not need the surgery. And it was within this concept of empowering the brain, that we stumbled upon and revisited a very powerful issue: sham surgery. Sham surgery could be seen as the ultimate “brain trick”, when it comes to intervention, and powerfully underscores the idea that when the brain believes the treatment/surgery has minimized or eliminated a particular problem, pain and disability eases.

In 2011, we started looking into randomized controlled trials involving sham surgery. The most cited study at that time was by Moseley, JB et al on sham debridement for knee OA, but few other studies were well known. A preliminary search revealed that sham surgeries had been investigated for various medical conditions, including ligation of the internal mammary artery, Parkinson’s disease, and Meniere’s disease. In line with our interests at the time, we decided to complete a systematic review of sham surgery in orthopedics. After extensive searches, we ended up with only 3 studies. Two were on vertebroplasty for back pain[1,2] and the other was the sham debridement for OA knees by Moseley.[3]

The systematic review was completed in 2012 and we presented the findings at various conferences. It caused a significant “buzz” and our next thought was to get it published – but who, we wondered, would ever accept it for publication? We started with a series of high ranking orthopedic and medical journals. Needless to say, rejections came thick and fast and when the manuscript actually went out for review, it was obvious that reviewers wanted to reject the ‘idea’ as much as the manuscript. With each rejection and when reviewers gave constructive criticism, we reworked the new manuscript for resubmission and in fairness, in some cases it did help with the narrative. In the meantime, additional sham surgery studies were discovered and added to the systematic review. The final published review[4] included six randomized controlled trials (RCTs) involving 277 subjects. All six studies were rated as very good on methodological quality. Heterogeneity across the studies, with respect to participants, interventions evaluated, and outcome measures used, prevented meta-analyses. Narrative synthesis of results, based on effect size, demonstrated that sham surgery in orthopedics was as effective as actual surgery in reducing pain and improving disability.

Sure, there is a lot of controversy surrounding sham surgery with proponents and opponents, as expected. The concept of “useless” surgery has been trending on twitter over the past few days, after an article was published in the New York Times by Gina Kolata. The article included comments from one of the authors of a sham study included in our review, Dr. David Kallmes. For us, publication of the review is very important and we hope it can be viewed from the vantage point of tapping into the enormous potential of the brain and a human’s pain experience. From our point of view, we see sham surgery much like mirror therapy, virtual reality, etc., as a means to alter the perception of threat, although admittedly, surgery is a much more expensive, invasive and risky “trick.” It is also imperative that everyone realizes the review focused on the sham vs real surgery effects on pain and disability, and not on whether neurological deficits or other serious medical issues were restored. Surgery and the powerful rituals surrounding it are likely to involve a powerful placebo response. It reminds us of a quote by Mick Thacker: “The more powerful the procedure, the more powerful the placebo”. We’re happy to finally get this review “out there” and hopefully stir some thoughts, opinions and emotions, and generate additional and much needed dialogue in a an area of pain management that is in need of major revamping, certainly from a pain science perspective. 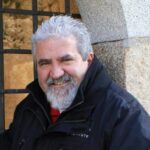 Dr. Louie Puentedura is an Associate Professor at the University of Nevada Las Vegas, USA. He began his career as a manipulative physiotherapist in Melbourne and Ballarat, Australia in the early 1980’s and after 15 years of clinical experience moved his family to the USA and completed a post-professional Doctorate in Physical Therapy at Northern Arizona University in 2005 and a PhD at Nova Southeastern University in Fort Lauderdale, Florida in 2011. His research interests involve the safety and effectiveness of spinal manipulation, and in combining manual therapy with pain neuroscience education in clinical practice.

[4] Louw A, Diener I, Fernandez-de-Las-Penas C, Puentedura EJ. Sham Surgery in Orthopedics: A Systematic Review of the Literature. Pain Med. 2016.