At my clinic in Jundiaí, I see a lot of people with chronic pain who live in these communities. Most of these people tell me that they have never been to school, and if they had, often they were not able to finish it. They often have a limited understanding of  basic health, let alone the biology of pain. Many have previously been given information from health professionals which is inaccurate. So last year I thought – what if all these people with chronic pain could access some of the information that I had access to as a physiotherapist, for example, that which is here on bodyinmind? What if they could avoid some of the nocebos that are so commonly provided in our health system?

After having that idea and drawing on the easy language of the Explain Pain book, I started an outreach program to bring pain education to the . I gathered a local group of therapists and doctors and started working on a “What Causes Pain” education program. My intention was to, like others have done, explain these principles to patients with chronic pain and hopefully improve their pain and quality of life.

People in both high- and low-income communities are at-risk of entering a vicious cycle of chronic pain. As we know, chronic musculoskeletal pain is a multi-dimensional problem that can lead to other substantial health conditions, for example, poor nutritional habits, smoking, self-medication, stressful routines, and so on.

Our first meeting was in February 2016 at Senac University, São Paulo. At that point, what we really wanted to know was whether we could implement a pain education program to help these low-income communities. Of course, this was not a scientific study. We didn’t have institutional support or a governmental backup. However, we agreed to move forward anyway.

First, and with a lot of support from community members, we started making some home visits. We used the visits to encourage people to gather wherever they could manage (family homes, public schools, public centres) in order to listen to our What Causes Pain education classes. We also received help from a local anesthesiologist, who organised a free clinic day where we could discuss our cause with other health professionals.

Admittedly, it took a while for people to understand that we were not speaking on behalf any governmental candidate or religion, and that we did not expect donations as a result. In addition, we also had to explain that we were neither proposing a therapy nor trying to sell any cure.

Since starting the program in February we have been having monthly education classes with residents in low-income communities. We called the classes “Encontros Saúde & Dor” which means “Health & Pain Meetings.” Our aim was to compel people to change their mind about what pain is. We hoped this would have benefits by reducing reliance on painkillers, improving the ability to self-manage and making people aware of harmful, inaccurate medical information. We found that the pain education classes evolved over time. We always used common language and encouraged people to understand pain as a natural symptom.

As far as these education classes were concerned, there was no need for a formal medical consultation. With the limited time we had, we emphasised the importance and benefits of relaxation techniques. We discussed how these techniques might reduce the hypersensitivity of the central nervous system. For those patients who were sedentary, we explained how exercise can reactivate endogenous analgesic responses, and they seemed much more motivated. Even though we faced many reluctant professionals, who insisted on telling us that explaining pain to poor and illiterate communities was nonsense, we stuck to our mission. From February to October 2016 our unfunded pain education classes reached around 1509 people.

Testimonials so far have been very positive. Perhaps down the track our outreach work will help people be less reliant on medicine and on false promises of “miracle cures”. Moreover, we also hope that the meaning of pain could one day be detached from its negative commercial status, that is, that it always indicates something harmful that needs to be fixed by an “expert.”

While the success of Encontros Saúde & Dor has been heartening, we now face another big challenge: can we change the minds of the doctors, politicians, and companies on whom low-income communities appear to rely so much for their health information? Perhaps that is the ultimate challenge: to educate the educated. 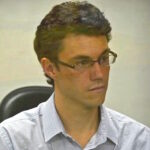 Rafael Turqueto Duarte is a clinical physiotherapist who trained at São Carlos Federal University.  He has always been interested in improving the health of communities and he is especially interested in educating his patients about how pain works. Since 2014 he has been working at the  Instituto Alívio da Dor, developing a outreach program for patients living in low-income communities in his home town of Jundiaí, Brazil. To date, Rafael’s outreach work has been completely unfunded.