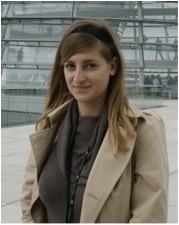 Many chronic musculoskeletal pain disorders are characterized by the presence of central sensitization, which implies that the central nervous system is in a hypersensitive state in those who suffer from these disorders. Sensitivity to pain results from the outcome of the battle between pathways which facilitate the passage of nociceptive information, and pathways which suppress nociceptive messages [1]. The important ability of our body to modulate pain, is termed endogenous pain modulation, and is affected in those who suffer from chronic musculoskeletal pain and central sensitization [2,3]. Specifically endogenous pain facilitation is enhanced, while endogenous pain inhibition is impaired, and this misbalance may result in a potentiation of the perceived pain. If sensitization of the central nervous system is in some part responsible for the persistent chronic pain complaints experienced by these patients, then treatment strategies should perhaps focus on trying to “desensitize” the central nervous system and improving endogenous pain modulation.

One of the strategies which can be used to “desensitize” the central nervous system is the use of pain neuroscience education. Pain neuroscience education relies on deep learning, aimed at reconceptualising pain, based on the assumption that appropriate cognitive and behavioural responses will follow when pain is appraised as less dangerous [4]. Although most of the educational models have limited efficacy in increasing pain and disability in patients with chronic musculoskeletal pain, and may even increase patients’ fears [5], it seems that education concerning pain neuroscience in one of the strategies that can be used to improve the balance between endogenous pain facilitation and inhibition.

As descending facilitatory pathways depart from brain areas that are involved in the regulation of cognitive and emotional reactions, negative thoughts, emotions and behaviors regarding pain can modulate activity in the pathways facilitating nociception, and thus contribute to the persistence of pain and presence of central sensitization [6]. Previous studies have shown that pain neuroscience education can be used to alter how patients think, feel and behave when they are suffering pain (reviewed in [5]). These studies have also shown that pain neuroscience education reduces self-reported pain levels and improves pain-free movement performance in chronic musculoskeletal pain disorders such as chronic whiplash, chronic low back pain and chronic fatigue syndrome. In a recent double blind randomized controlled trial we examined the efficacy of pain neuroscience education in fibromyalgia, by randomly allocating 30 patients to either pain neuroscience education or activity management education [7]. Each patient received individual education during a one on-one session, a written brochure to read at home, and a session over the telephone. Fibromyalgia patients were able to comprehend the complex material about the neurophysiology of pain and were able to reproduce the content up to 3 months after the initial session as was expressed by the Neurophysiology of Pain Test scores and resulted in a large effect size. In the short-term fibromyalgia patients worried less about their pain complaints after they received this type of education. In the long term, improvements in vitality, physical functioning, mental health and general health perceptions were established using the Medical Outcomes Short Form 36 Health Status Survey. A small effect size was established for increases in vitality and physical functioning, while large effect sizes were established regarding improved mental health and general health perceptions.

In a case study Moseley has shown that brain activity in cortical regions involved in pain processing reduced after pain neuroscience education [8]. Although these results need to be confirmed in a larger sample, the question arises if pain neuroscience education is capable of improving descending nociceptive processing orchestrated by the brain? The results of our recent study suggest that this is in fact the case, as pain neuroscience education was able to improve endogenous pain inhibition in Fibromyalgia [7]. Using a spatial summation procedure which consisted of gradual immersion of the dominant arm into noxious hot water (46°C) we examined the influence of pain neuroscience education on the efficacy of endogenous pain inhibition in fibromyalgia. In healthy pain-free people, the perceived pain during this procedure is not related to the surface area which is stimulated, as the inhibitory efferents efficiently counterbalance the facilitatory afferents, while in fibromyalgia is has been shown that the pain inhibitory systems are not optimally recruited [9,10]. In our study, fibromyalgia patients from both educational groups showed similar results at the start of the study and one week after they received the educational intervention. But changes in the pain inhibitory systems could be detected after 3 months [7]. The fibromyalgia patients which received pain neuroscience education showed lower pain scores during the spatial summation procedure then patients who received activity management education. Furthermore the pain scores form the fibromyalgia patients which received the control intervention consisting of activity management tended to augment as the immersed surface increased, which indicates a deficit of the endogenous pain inhibitory systems, while in the pain neuroscience group pain perception was no longer related to the stimulated surface area after 3 months, indicating an efficient activation of the endogenous pain inhibitory systems. The fact that these observations were not present one week after the educational intervention was finalized but were established during the follow-up could indicate that changes of the central nervous in those who experience chronic musculoskeletal pain and central sensitization need time to occur. Thus when examining the influence of an intervention on descending nociceptive processing, a sufficient long follow-up is required. The observations made by Mosley, together with the current findings regarding the positive effects on descending nociceptive inhibition, suggests that neuroscience education has an influence on central pain processing. Although more research is necessary to provide us with insights on how pain neuroscience education exactly influences central pain processing, this type of education has shown to be a useful component in the treatment of various chronic musculoskeletal pain disorders and is easily implemented into the rehabilitation programs used by clinicians. 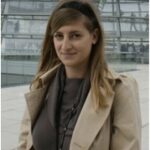 Jessica loves to travel not only foreign countries but also her own country (Belgium). In 2006 she obtained her degree as a physiotherapist at the University College based in Antwerp (Belgium). She continued her studies at the Vrije Univeristeit Brussel in order to obtain a Phd in Rehabilitation Sciences and Physiotherapy. During her years as a Phd student she got to know all about central sensitization, chronic pain and what the Belgian capital city, Brussels, has to offer. Is 2011 she went on to discover the city of Ghent where she works at present as a postdoctoral fellow of Ghent University (Belgium). She is also a member of the Pain In Motion research group. Her main research topics of interest are central nervous system mechanisms of pain and fatigue, exercise pathophysiology, pain-motor interactions, and rehabilitation in chronic pain populations like those suffering from chronic fatigue syndrome, fibromyalgia, chronic whiplash associated disorders, chronic and recurrent low back pain, osteoarthritis and cancer survivors. When she is not studying chronic pain mechanisms and interventions you can usually find her in a bar exploring the complex tastes of Belgian Beers.