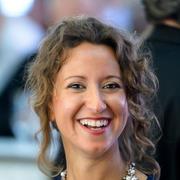 Imagine that you are cooking, your food in the oven is ready and you want to take it out. Hunger makes you impatient and you put your bare hand into the oven, but you accidentally touch the hot surface. You get a painful burn. The area of the burn becomes and remains more sensitive for a while. If you were to touch or apply a sharp object on that area you would feel increased piercing pain, i.e. primary hyperalgesia (hyperalgesia in the lesioned area). Interestingly, you would also experience that this increased piercing pain can be evoked by stimulation of the surrounding non-injured skin, i.e. secondary hyperalgesia (hyperalgesia in a non-lesioned area). Secondary hyperalgesia can be explained by a process that amplifies the responses at a more ‘central’ level. The phenomenon related to secondary hyperalgesia is called ‘central sensitization’ and it has great relevance in the pain field. It is believed that this increased response contributes  to protecting the body from further damage and promoting healing, but it can also contribute to pain persisting beyond the healing phase (chronic pain).

However, nociception is not the only sense that can provide relevant information about the presence of a threat to the body. Vision can also inform us about imminent contact of the injured limb with objects in the external world. For this reason, if the aim of sensitization is to protect the limb from further injury and promote healing, one might also expect that, after inducing sensitization, the processing of visual stimuli projected onto the sensitized limb might also be changed.

We propose two main take home messages: First, that after inducing central sensitization experimentally the processing of both nociceptive and non-nociceptive stimuli is modulated. Second, that the effects on sharp mechanical stimuli and visual stimuli have different time courses, suggesting that they rely on different mechanisms. Current studies are trying to elucidate what these short and long mechanisms are. 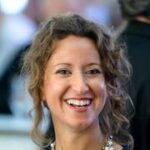 Diana Torta is post-doctoral fellow at the Faculty of Psychology and Educational Sciences at KU Leuven (Leuven) and Chargé de Recherche at the Institute of Neuroscience, UCL (Brussels). Her research aims at characterizing the effects of cognition on pain and sensitization, and the mechanisms underlying crossmodal interactions between pain and other sensory modalities.

She is funded by an Asthenes long-term structural funding Methusalem grant by the Flemish-Government investing the transition from acute to chronic bodily symptoms (KU Leuven) and by personal grants from the Fund for Scientific Research of the French speaking community of Belgium (F.R.S.-FNRS) and the E-G-G Efic Grunenthal award.

van den Broeke EN, Mouraux A. Enhanced brain responses to C-fiber input in the area of secondary hyperalgesia induced by high-frequency electrical stimulation of the skin. Journal of neurophysiology. 2014;112(9):2059-66.