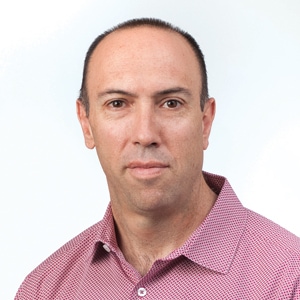 One in five Australian adults suffers from chronic pain. But what exactly is happening in our brain when we experience pain? We talk to UniSA’s Body in Mind research group to find out.

People are usually speaking in derogatory terms when they suggest your aches and pains are “all in your mind”, but the fact is they are right.

It is the brain, and the brain alone, that decides whether an injury is sufficiently bad, or causing enough potential danger, to warrant you getting some kind of internal warning. We have known that for decades.

But there has been something of a revolution in recent years in our understanding of exactly how this process works and how it can – and should – affect our approach to managing pain, particularly chronic pain. We now know that the brain is responding to more than just the signals being sent to it by the ‘danger receptors’ around the damaged area.

It is understanding what these signals are and how the brain processes them that drives the University of South Australia’s Body in Mind research group, which is also developing new, non-pharmacological treatments for chronic pain, a condition estimated to cost Australia approximately $35 billion each year. 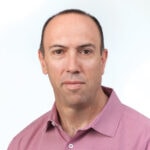 The research group’s leader, Professor of Clinical Neurosciences and Chair in Physiotherapy, Lorimer Moseley, points to the results of a simple experiment that has transformed our understanding of how brains react to both potential threats and injuries.

In this experiment, participants’ hands were touched with a very cold piece of metal while being shown either a red light or a pale blue light. Almost without fail, those who saw the red light described the experience as significantly more painful, some even pulling their hands away and talking about it being ‘burning hot’.

“That was a powerful study because it showed clearly that pain is not just a direct response to what’s happening to the body,” Prof Moseley says.

“So we can’t conclude that lower back pain, for example, is simply about danger messages coming from the back. That would fly in the face of all our understanding of how this system works. What it means is that we have to accept the reality that back pain is about a response to all credible evidence of danger to your back.”

It could be argued that the harmless red light was not credible and that the brain had been conned. Prof Moseley agrees, but stresses it was “conned in a biologically advantageous way”.

“The danger receptors acted in the correct way, but the brain was also influenced by what it saw,” he says.

In other words, it increased the warning message (the pain) because it perceived the actual danger as being greater than what the danger receptors were suggesting.

The key point here is that the brain is influenced by a range of factors, which means that potentially it can also be made to respond advantageously to other factors. And at UniSA, researchers are following both of those paths.

Much of Prof Moseley’s own work is looking at how to use cutting-edge cognitive and behavioural strategies to modify the way the nervous system responds to various cues.

One critical step is for people to understand that although their pain is very real, and in some cases absolutely horrible, it is not necessarily an accurate reflection of the actual danger their injury presents to their body. Other contributing factors can be as simple as their own perceptions of how bad their type of injury is, or comments made by doctors or friends.

What they see, believe, presume or are told can increase or decrease the pain they feel.

“We know that if people can really understand that, their pain slowly reduces,” Prof Moseley says.

“For chronic pain, explaining the biology of pain to sufferers is effective in giving them pain relief in the long term. But that’s not a trivial task. We have to convince not just them but also their internal processes. 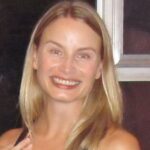 Osteoarthritis is a very limiting condition that can require surgery. However, in most cases the amount of pain Dr Stanton’s subjects report is out of step with the amount of bone degeneration that shows on their x-rays. A series of studies revealed that, in many cases, her patients also had problems with other things, such as the ability to sense how and where they were being touched and how they saw their affected body parts, which all suggests involvement of the brain.

“In one project we gave people with osteoarthritis in their hands images of their hands, and when asked to choose an image that looked to be ‘the right size’, they selected a smaller image than people in a control group,” Dr Stanton says.

“Then visual illusions were used to change the size of the painful joint, right in front of people’s eyes, and this decreased their pain and sometimes took it away completely.

“We’ve found similar pain reductions in people with osteoarthritis in the knees. It’s surprising but it’s also really interesting because we have past evidence that shows changing how your body part appears to you – too big/too small – can modulate the physiological regulation of your body.”

For Dr Stanton the research raises the question of how good the brain is at predicting danger, if some of the key messages it is receiving aren’t accurate.

“Do we create a larger safety zone and therefore perceive a lot of things as potentially dangerous because we don’t trust the information from that body part?” Dr Stanton says.

So what do we need to do to change someone’s assessment of, or sensitivity to, potential danger?

According to Dr Stanton, one way forward is to understand how illusions work so we can target those mechanisms in many ways.

“When we do these kinds of illusions, we want to understand what is going on in the brain to bring about that pain change,” Dr Stanton says.

“And what happens if we use stimuli to make certain brain zones more or less active.”

The research is continuing and Prof Moseley believes this is vital because figures show that chronic pain is one of the most important health issues affecting the economic viability of modern society.

“The challenge we face with pain, that we don’t face with many other health burdens, is that pain is the very end process in the organism, so everything is a possible contributor to it,” he says.

“And we have to be so clever and take an interdisciplinary approach to work out what the contributors are.

“A lot of people think chronic pain is just some sort of mental weakness – that you’re just a softy or even a liar.

“We know that’s not the case – pain is real and it is in the mind but not in the way you might think. What we want to figure out are methods to successfully train the brain to process pain in a different way.”