Can individuals with chronic pain do “too much”?

Home / Can individuals with chronic pain do “too much”? 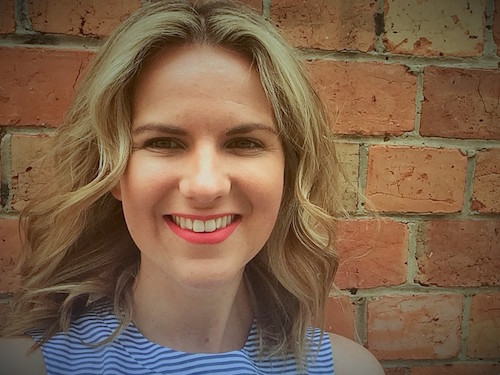 It is well established that activity can both positively and negatively impact on the pain intensity level of individuals with chronic pain. While clinicians advise and encourage their patients to stay active, it is recognised that individuals can severely aggravate their pain by doing “too much”. When activity engagement results in a severe pain aggravation and a period of incapacity (where an individual is unable to function because the intensity of their pain) this is referred to as overactivity.

Some individuals with chronic pain frequently attempt to ignore their pain and persist with activity until the point of severe pain exacerbation. This is referred to as habitual overactivity behaviour. Individuals who are habitually overactive are thought to have a “yo–yo” activity and pain pattern whereby they cycle through periods of excessive activity (when pain levels are low) followed by prolonged periods of rest (where they are unable to function secondary to severe pain). This activity pattern is sometimes referred to as “boom–bust behaviour” or “overactivity–underactivity cycling”.

Geisser and colleagues [1] have previously found a lagged association between activity and pain. They used an observation study design and found that high levels of self-reported activity were followed by a pain exacerbation, 30 minutes later, in people with chronic back pain.  This supports the notion that high levels of activity can increase one’s pain. However, it is unclear if the participants in this study reported being habitually overactive. In addition, it is recognised clinically that individuals with chronic pain can severely aggravate their pain by spending too long on sedentary activities that require a sustained spinal position (e.g. working at a desk). This is accepted as being a form of overactivity with ‘changing one’s position while doing a task’ being a pacing strategy commonly taught by clinicians [2].  Thus, one would not be able to capture all overactivity periods in an individual’s data by simply measuring and inspecting their physical activity levels.

We investigated the validity of overactivity as a construct by examining the relationship between an individual’s self-reported habitual approach to activity engagement (i.e. overactivity and activity avoidance levels) and patterns of: 1) pain, 2) objectively measured physical activity, and 3) self-reported daily activity participation [3]. Over a five day data collection period, the 68 adults with chronic pain who participated in our study were required to:  1) wear a tri-axial accelerometer to objectively monitor physical activity, 2) record their pain intensity six times a day using a handheld computer, and 3) detail their daily activities in a paper diary.

We first provided support for the notion that individuals who claim to be habitual overactivity actually do have a “yo–yo” activity and pain pattern by linking high levels of self-reported habitual overactivity to more pain variation and objective physical activity variation over the five day data collection period. We then examined if severe pain aggravations in an individual’s data could be explained by either high levels of objective physical activity or prolonged sedentary task engagement that required a sustained spinal position (as indicated in the participants’ activity diaries) in the two hours prior to the significant pain increase. We found that the group individuals reporting high levels of habitual overactivity but low levels of activity avoidance were more likely to have severe pain aggravations that could be explained by activity engagement observed repetitively in their data. This result supports the idea that this subgroup of 19 participants were more likely to frequently engage in activity in a way that significantly exacerbated pain, as opposed to these individuals inaccurately attributing the cause of pain exacerbations to their activity levels.

Our results provide preliminary support for overactivity as a legitimate construct in chronic pain. We believe that the methods used in our study can be applied to clinical practice to assist clinicians to determine when their patient has significantly exacerbated their pain as a result of activity engagement and enable targeted context–specific pacing education to be administered. We are currently working on a software program that will easily and efficiently integrate objective activity data from accelerometer devices, pain intensity scores, and information from activity diaries to facilitate clinical use. Stay posted for the results of our research future projects that will further assist clinicians in their interpretation of this data. 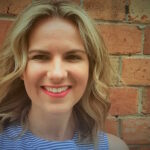 Nicole Andrews is an occupational therapist and clinical researcher at the Professor Tess Cramond Multidisciplinary Centre, the Royal Brisbane and Women’s Hospital, Australia. She has just completed her PhD through the University of Queensland which explored overactivity behaviour in adults with chronic pain. Her PhD studies have resulted in 8 publications to date and have earned her a number of awards including the 2013 OT Australia post graduate research award.

[1] Geisser ME, Robinson ME, Richardson C. A time series analysis of the relationship between ambulatory EMG, pain, and stress in chronic low back pain. Biofeedback Self-Reg. 1995;20:339-355.