When I feel your pain

Home / When I feel your pain

Imagine you are preparing food with your partner. Suddenly, you observe your better half accidently cutting his or her hand with a kitchen knife. You may feel uncomfortable and distressed. In fact, you might even respond as though your hand has been cut – by experiencing the pain that would be associated with that event. This phenomenon, referred to as vicarious pain, is intriguing as it suggests that nociceptive input is not necessary to experience pain, and that visual information alone might be sufficient to elicit vicarious somatosensory experiences, such as pain.

Most often, vicarious somatosensory experiences are reported in amputees – usually after experiencing chronic pain or trauma (Fitzgibbon et al., 2010). Neural evidence for this phenomenon comes from neuroimaging and neurophysiological studies (e.g. Bufalari et al., 2007) showing that the affective and the sensory discriminative properties of one’s own pain and another’s pain are represented in common neural circuits. Behavioural experiments have been conducted to investigate the phenomenon of vicarious experiences in both clinical samples (Vandenbroucke et al., 2014) and in the general population (Vandenbroucke et al., 2013). These studies recruited pain ‘responders’ (being individuals who report vicarious pain during daily life), which assumes that vicarious experiences are stable across time and situations and little research is available regarding the robustness of vicarious experiences and whether these change within individuals over time. Furthermore, little is known about the conditions affecting the phenomenon. Empathy, the presence of chronic pain, and pain hypervigilance have all been proposed as having potential involvement, however these possibilities remain largely untested.

In our recently published paper in Frontiers in Human Neuroscience (Vandenbroucke, Crombez, Loeys, & Goubert, 2014), we aimed to investigate whether the experience of vicarious somatosensory experiences and the detection of subtle somatosensory stimuli while observing another in pain differs in a group of vicarious pain ‘responders’ versus controls. We examined whether these outcomes remained stable over time, and whether there was an effect of empathy and/or pain hypervigilance, as previously proposed. Using a variant of the crossmodal congruency task (see Vandenbroucke et al., 2013), vicarious pain ‘responders’ (n=16) and controls (n=19) were shown two videos: (1) hands were pricked and (2) a non-painful event (e.g. sponge being pricked, hand being approached by another hand). In the crossmodal congruency task, participants occasionally received a non-painful subtle vibrotactile stimulus on the left hand, right hand or both hands, and were instructed to report as fast as possible the spatial location of the administered stimulus. Participants were then invited to repeat this same task 5 months later.

The results of our study indicated that, as expected, vicarious experiences were more frequently reported in the group of vicarious pain responders compared to controls and were more frequent when pain-related videos were shown. Furthermore, the presentation of pain-related videos also facilitated the detection of subtle tactile stimuli. The phenomenon appeared robust; similar findings were observed when participants performed the experiment again 5 months later. Counter to what we expected, individual characteristics such as dispositional empathy and pain hypervigilance did not affect detection accuracy or the occurrence of vicarious experiences, suggesting that these individual differences might be less important than previously suggested. Nevertheless, some issues deserve further scrutiny. Specifically the occurrence of vicarious experiences was low and although there was consistency at the group level, there was some variability within individuals; particularly in the group of pain ‘responders’. Additionally, the pain-related videos shown during our experiment did not display an event that would evoke intense pain, suggesting that vicarious experiences can even be elicited by watching an event where only minimal pain would be evoked. Future research should compare the effects of observing other sensory experiences, to disentangle the pain-specific effects upon vicarious experiences, as it remains unclear to what extent the observed effects are specific to observing pain. 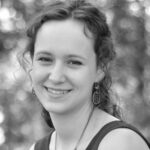 Sophie is a PhD student at the department of Experimental-Clinical and Health Psychology, Ghent University in Belgium, under the supervision of Prof. Dr. Liesbet Goubert. Her doctoral thesis focuses on vicarious experiences and pain modulation while observing another in pain. She will defend her PhD in May this year. Sophie also has a strong clinical interest and is working as a clinical psychologist in her own practice. Her therapy focuses on people in pain and children who have issues with internalizing and externalizing problems. Sophie is also undertaking a postgraduate degree in cognitive behavioral therapy and is grateful to get the opportunity to combine the best of these two worlds.