No brain, no pain: it is in the mind, so test results can make it worse

Home / No brain, no pain: it is in the mind, so test results can make it worse 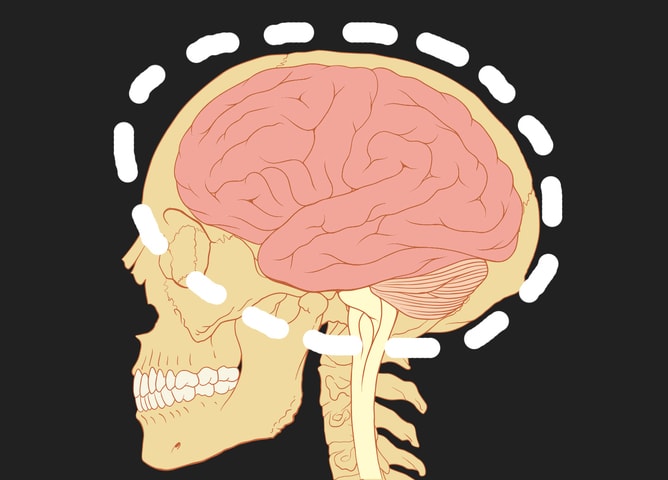 This post was first published on TheConversation. Here it is in a slightly longer format.

NPS Medicinewise has just launched its Choosing Wisely Australia, tagged with the line ‘An important conversation about unnecessary tests, treatments and procedures’. They have gathered an impressive collection of collaborators <http://www.choosingwisely.org.au/recommendations> and a substantial list of recommendations. I am in no place to comment on most of them, but I am in a place to comment on perhaps one of the most relevant to the wider community – imaging for acute low back pain. It is a common recommended “don’t” of the Choosing Wisely campaign in the United States, Canada and now also Australia is getting imaging for non-specific back pain. The initiative, which identifies tests, treatment and procedures that have little benefit but may lead to harm, is indeed wise in highlighting the dangers of such scanning.

The recommendation is based on several major studies – from 2007, 2008, 2009, 2010, 2011 and 2013. But while not imaging might be based on solid advice, it’s old advice. The recommendation has been around for years – ever since it was discovered that the state of your back MRI doesn’t relate very well to whether or not you have back pain. (Note to self – that paper is 20 years old!) – see this great blog post by Dr Neil O’Connell.

Nonetheless, the vast majority of people who turn up to participate in our research, two or three weeks into an episode of back pain, bring with them a bundle of MRIs tucked under their arm and a somewhat worried look on their face.

When we ask referrers about their almost ubiquitous MRI use, the most common answers tend to be “the pain was just so severe and the patient really wanted it”, “better to be safe than sorry”, “no harm in just excluding the nasty stuff”, and, the clanger – “lucky we did – there are some pretty major problems in there”.

And here is the rub. There’s no doubt that MRI is a really powerful tool. I am one of those who is gobsmacked by the detail these things provide and the magic of being able to see inside ourselves. I’m also pretty convinced that MRIs don’t carry physical risks. (aside from those associated with having metallic objects inside massive magnets). So what’s my problem with it? If people can afford it, or if the pain is really severe, it can’t do any harm right?

So what’s problem? If people can afford it, or if the pain is really severe, it can’t do any harm, right?

One of my favourite phrases when it comes to the biological processes involved in pain is that we are “fearfully and wonderfully complex”. The key to understanding why an MRI might actually make your back pain worse is to understand first how back pain works. Indeed, how all pain works.

Pain is always – 100% of the time – no exceptions – created by your brain and it makes you do something to protect your body. People right in the middle of an acute episode of back pain know this better than most – it’s a brutal, distressing and, at times, terrifying feeling that possesses you to desperately want to be rid of it.

It’s so compelling and so clearly “in your body”, that it can be difficult to believe that you don’t actually need a body part to have pain in it.

But you do need a brain. No brain – no pain.

Because we haven’t yet identified everything that carries credible evidence of safety and danger, we lump those we don’t know about together and call them placebo (safety) and nocebo (danger) effects.

The idea that the “placebo effect” or the “nocebo effect” are actual “things” is, in my view, a bit daft because they’re really just umbrella terms for all the effects we haven’t identified yet.

As we discover that, for example, a clinician’s belief in the treatment they’re administering affects its pain-relieving capacity, or that the pain-relieving effect of acupuncture depends more on whether you think you had acupuncture than it does on whether you actually had it, the placebo “effect” seems to get smaller. It’s not the effect that’s getting smaller, we’re just understanding things better. But that’s a bit by-the-by for now.

The stakes in this idea of “credible evidence of danger” are very high when it comes to pain because of neuroplasticity – the wonderful adaptability of our brain and nervous system. Neuroplasticity is ‘hot’, thanks to books such as ‘The brain that changes itself’ by Norman Doidge, and the explosion of ‘brain training’ products and websites. Of course, it’s not just your brain that changes by itself, it’s your whole body, which is why I prefer to think of it as “bioplasticity”. As Dear Dr Thacker repeatedly tells me – ‘the time for neurocentricity is over!’

With this model of pain in mind, and a healthy respect for bioplasticity, let’s revisit that MRI you got after a week of brutal back pain. If you’re over 25 and half normal, then your MRI will show “stuff”.

It will pick up the “kisses of time” that have morphed your vertebrae and joints to better withstand the forces on them; it will pick up old minor injuries – perhaps you never knew you had – that have healed but left their trace just like a scar on your skin; it will pick up evidence that you’re no longer fresh out of the womb; and it will pick up many of your own idiosyncratic anatomical characteristics. Just like a photo of your face clearly shows you’re not the same as anyone else.

Unfortunately, when it comes to MRIs, these usual things are then given rather scary names, such as “broad-based disc bulge”, “degenerative changes” and spondylolysis.

Credible evidence of danger? Sure sounds like it. And, because of your own fearfully and wonderfully complex system, your brain will store this information and quite possibly turn up the “need to protect” meter, just a bit.

So you dive into the challenge of finding the best strategy to “fix the MRI”, until eventually you come across someone with the apparent audacity to tell you, actually, those MRIs are pretty normal. Now you are livid, right? Are they telling me my pain is all in my head?!?!

Clearly, it is not – it is in your back. But, like it or not, if you are a human, your pain is in fact produced in your head and it will produce it more readily and more intensely if you have what you think is clear MRI evidence that something is wrong.

I have deliberately taken a provocative line here, but it is by no means outrageous. There are experimental data that clearly predict this scenario and big studies that suggest getting an MRI early on is associated with poor outcome later.

So choose wisely when your back hurts; remember that even brutal back pain is rarely a sign of serious pathology and that it’s really, really common.

Remember that it will pass and it’s best to gradually increase your activity – respect your pain but don’t fear it. You should see a physiotherapist or a doctor because they know the important questions to ask and can coach you on the best road to recovery.

And remember – whether you think you are a tough nut or a bit of a softie – your brain considers all credible evidence of danger when it’s producing pain. If you do end up getting an MRI, expect to see the “kisses of time” and remember that they’re normal, even if they have scary names. Know that there’s no way of finding out when old injuries occurred, and the imaging will probably look just the same when your back no longer hurts.

This article was originally published on The Conversation.
Read the original article.

He has published 160 papers, four books and numerous book chapters. He has given over 120 keynote or invited presentations at interdisciplinary meetings in 26 countries and has provided professional education in pain sciences to over 7000 medical and health practitioners. He consults to governmental and industry bodies in Europe and North America on pain-related issues. He was awarded the inaugural Ulf Lindblom Award for the outstanding mid-career clinical scientist working in a pain-related field by the International Association for the Study of Pain, was shortlisted for the 2011 and 2012 Australian Science Minister’s Prize for Life Sciences, and won the 2013 Marshall & Warren Award from the NHMRC, for the Best Innovative and Potentially Transformative Project.