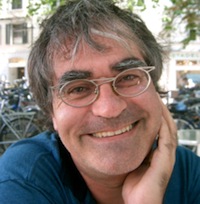 Phantom limbs are more than the mere phenomenal persistence of a physically lost extremity. They are experienced by paraplegic patients, who have lost sensorimotor control over still existing limbs, and they are reported after brain damage as hallucinated “spare limbs” with more or less insight of their owner in their reality.  Phantom body parts constitute just one end of a broad range of phenomena of corporeal awareness – on the other end there are experiences of seeing a phantom of oneself (doppelgänger episodes) or of being a phantom and looking back to one’s body as an emptied shell (out-of-body experiences).  While these clinical aspects of a “phantomology” are fascinating (Brugger, 2012), we often forget that everybody with a regular and intact body also has phantom limbs – we just remain unaware of their presence, because we do not separate them from the everyday flesh-and-bone experience of our limbs.  We can gain glimpses of their existence during experimental procedures that separate the body-in-flesh from the body-in-mind, notably the rubber hand illusion (Moseley et al., 2012), vibratory myesthetic illusions (Lackner, 1988) or less comfortable techniques such as pressure cuff anaesthesia (Melzack and Bromage, 1973).

Did I just write “everybody” would have her limbs animated by a phantom?  Well, perhaps not quite everybody.  Let us exclude those, who desire the amputation of an intact, fully functional limb. People with “body integrity identity disorder” claim they would feel more complete after the removal of an arm or a leg.  They are psychiatrically and neurologically as healthy as are transsexuals, who feel their true identity would only be reached if they swapped their sex (“gender identity disorder”).  In recent times, the desire for healthy limb amputation was identified as a neurological disorder and re-labeled  “xenomelia”, the foreign limb syndrome (McGeoch et al., 2011).  It has been compared to the phantom phenomenon in the congenital absence of a limb (Hilti and Brugger, 2010): while sensations of a limb never physically developed can be conceptualized as an “animation without incarnation”, the converse seems true for people, who long for the surgical removal of a body part – they suffer from an “incarnation without animation” or a “negative phantom limb” despite a normal physical development (Vitacco et al., 2009).

A recent study of 15 men with xenomelia (Hilti et al., 2013) revealed a normal psychiatric and neurological status examination, and no deficits in neuropsychological functions.  In 13 individuals and 13 paired-matched control subjects MRI and surface-based morphometry was performed. Subjects with the desire for leg amputation (the left leg in 8 cases, the right in 2, and both legs in 3 cases) showed an altered neuroarchitecture of the right parietal lobe and insula.  Notably, cortical thickness was reduced in a cluster in the right superior parietal lobule, coinciding with the location for which previous research had described reduced functional integrity during tactile processing (McGeoch et al., 2011).  Furthermore, surface area was reduced in the primary (S1) and secondary somatosensory cortex, which may surprise as no lower-level sensory disturbances or paraesthesias were reported. However, the adjacency of S2 and the insula, whose anterior part also showed clusters of reduced surface area, could be meaningful.  The role of the insula for “animating” a body part, i.e. maintaining feelings of “ownership” is well-known. The insula also helps evaluate sexual signals, especially those not resulting from direct sensory stimulation. Crosstalk between insula and higher-order somatosensory areas of limb representation may thus be at the heart of the strong coupling of the desire for amputation with an erotic attraction by the sight of amputees. Such coupling illustrates that the body in mind transcends individual bodily sensations and actions. In the words of Paul Schilder (1935; p.217) “body-image is a social phenomenon”. While the work by Hilti et al. (2013) will guide those, who wish to further pin down the brain areas and neural circuits involved in xenomelia, it warns us to seek the keys to negative phantom limbs unilaterally in the brain.  The outlines of a proper “social neuroscience of xenomelia” can be found in Brugger et al., 2013 and have been discussed at a recent international conference in Zurich (see http://www.fortbildung.usz.ch/pdf/FS2013/2013_03_14-15_xenomelie.pdf  from where the slides of all the talks can be downloaded). 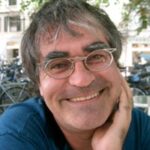 Peter was born in Zurich, Switzerland.  He acquired a teacher’s Diploma for Elementary and High School levels before studying biology at Zurich University. His dissertation was on Subjective Randomness: Implications for Neuropsychology and Parapsychology. Postdoctoral training at UCSD San Diego and University of Victoria (Canada).

Peter is currently head of Neuropsychology Unit of University Hospital Zurich. His main research interests are neuropsychology of paranormal beliefs and “schizotypy”; representation of body and space (Pfizer Prize for Medical Research in 2001 for work on phantoms of congenitally missing limbs); and simulation of randomness by living organisms.

Schilder P (1935). The image and appearance of the human body. London: Kegan Paul.