Assessment of movement control impairments of the neck

Home / Assessment of movement control impairments of the neck 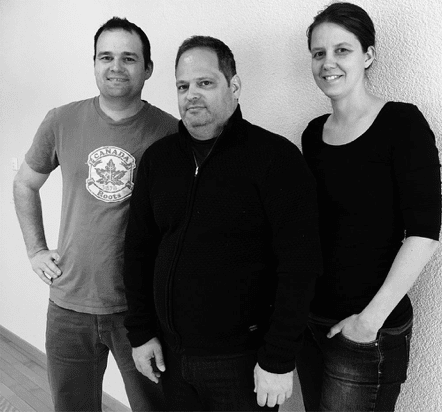 Neck pain is a complex frequently recurring problem with various underlying factors that could play a role in maintaining pain (e.g. catastrophizing, unfavourable work conditions, sensorimotor impairments) (see Figure 1). Within the bio-psycho-social model problems are the result of a complex interaction among physiologic, psychologic and social factor (Gatchel, 2004; Main, Sullivan, & Watson, 2008). Within this blog, we explore the physical aspects of it from the perspective of sensorimotor control.

Several tests are available to evaluate sensorimotor abilities of the neck. Among others, tests observing control during movement (i.e. movement control tests) are used in clinical practice. Typically, movement control tests involve instruction of an active movement while the therapist evaluates the patient’s ability to control the movement of the spine (O’leary, Falla, Elliott, & Jull, 2009). We used the ability to perform harmonic and economic movements to evaluate this concept.

For example, some patients report that their symptoms are aggravated during activities such as laundry hanging. This may be caused by a forward shift of the head. However, it is not clear whether this forward head position is a contributor to neck sensitivity. In general, it is controversially discussed whether correct alignment or the existence of segmental malalignment are causally related to neck problems.

Because of this dispute, it is important to have appropriate tests with established measurement properties to gain better insight into this topic. Only then it is possible to design valid epidemiological studies or randomised controlled trials.

Recently, O’Sullivan and colleagues (2016) argued that treatment in persons with low back pain should not over-emphasise therapeutic interventions focussing on biomechanical and posture abnormalities due to the lack of evidence to support its use.

The proposed movement control tests are by no means thought to replace psychological and social assessments. We acknowledge the importance of psycho-social factors. Therefore, in patients with neck problems the assessment should not only focus on movement control impairments but should also integrate the evaluation of other bio-psycho-social aspects (e.g. fear avoidance beliefs). To establish a multi-dimensional pain profile (see Figure 1) movement control tests can be used to identify maladaptive movement patterns (Rabey, Beales, Slater, & O’Sullivan, 2015).

We used Rasch analysis to determine i) whether all tests tap the concept “movement control impairments”, ii) the difficulty of each test and iii) whether we have tests that are matched to the different levels of impairments.

We found mainly three results. First, three tests did not measure “movement control impairments” (highlighted in orange in Figure 1). For example, during one test participants had to raise their arm until they reached a 90° flexion position, this was probably not high enough to stress the movement control system of the neck.

Second, we did not have enough difficult tests matched for persons with mild impairments in our sample. Most of the tests were relatively easy to perform. To illustrate this, we integrated two patients in Figure 1. Person A has more impairments and the appropriate tests for this person would be between MC 6 and MC 9. Person B has less impairments and tests targeted to his abilities would be MC 2 and MC 10.

We believe that our findings are valuable for clinicians because i) the impairment level of each person with neck pain can be determined (i.e. person A would have an impairment around the test MC 6 in Figure 1), ii) progression of persons can be monitored on the progression line and iii) clinicians know the difficulty level of each test and can therefore, select the most appropriate test for a specific person and interpret it accordingly, iv) interventions can be targeted to the impairment level of the persons by using the tests as exercises. For example, person B may receive interventions that are situated around the difficulty of test MC 2 on the progression line. However, not all persons could be adequately measured in our study because the tests were too easy and the person’s abilities were too high or the tests were not specific enough for the person’s problems/complaints.

Therefore, the test battery should be further improved. An idea would be to integrate the MC tests into provoking or feared situations for the person to increase difficulty of the tests. An outlook for further research is to design Rasch-based measurements for other factors of neck pain such as presented in Figure 1. 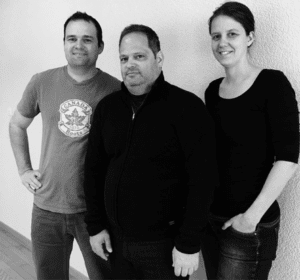 Simone Elsig, Martin Sattelmayer and Roger Hilfiker are three physiotherapists working at the University of Applied Sciences and Arts Western Switzerland Valais (HES-SO Valais-Wallis). Our research team is based in the Swiss Alps in Leukerbad. Simone’s main research area is neck pain; Martin is into educational and neurological physiotherapy research and Roger’s interest are in back pain, exercise as therapy, and meta-analyses.

Sattelmayer, M., Hilfiker, R., Luomajoki, H., & Elsig, S. (2017). Use of Rasch analysis to investigate structural validity of a set of movement control tests for the neck. Musculoskeletal Science and Practice, 27, 131-136.