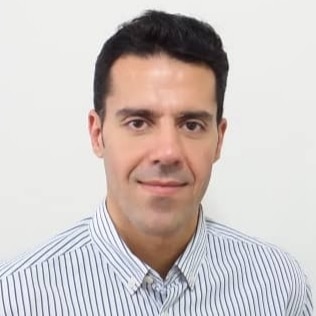 Motor control exercises (MCE) have been used to improve motor control in people with neck pain [7] however, their effectiveness on reducing pain is unclear. Motor imagery (MI) – i.e., a mental training intervention that involves imagining what it would feel like to perform body-specific movements [8] – seems to be effective at improving sensorimotor function, motor learning, neuromuscular control, and acquisition of motor skills [9,10]. However, the combination of MCE and MI to prevent/improve cervical motor control impairments has not been investigated.

In a study by Hidalgo‐Perez et al [11], it was investigated whether MCE combined with MI can improve neck sensorimotor function in healthy volunteers. To test this, forty participants were randomly allocated to either MCE (n= 20) or MCE+MI (n=20) groups.

The applied interventions involved the following:

The study found that participants who received MCE+MI considerably improved their neck neuromotor control and reduced flexor muscles’ fatigue, while no change was seen in MCE group. In terms of neck proprioception, ROM, and endurance, all participants (regardless of group) demonstrated a significant improvement. However, larger effect sizes were reported in MCE+MI group than in MCE group.

Adding MI to traditional motor control exercises may improve motor outcomes.  First, previous work in athletes/instrument players has shown that MI improves the precision of movement and the integration of relevant proprioceptive information [12,13]. Second, the authors hypothesized that adding MI to MCE may provide more information for motor learning, and sensorimotor integration and consequently promote retention and acquisition of motor skills. Third, the authors suggested that MI may be applicable as a home exercise strategy (without supervision) allowing for increased use in order to achieve better performance.

In this study, many mental tasks like mirror feedback, visual feedback, or movement observation were prescribed as part of the MI training. This means that we cannot be sure what aspect of the training may have had the largest effect on sensorimotor function. However, provided together, the present results suggest that combination of these activities with an actual motor task (i.e., neck movements) can improve neuromotor control and reduce fatigue. Indeed, MCE and MI training are easy to practice in clinical settings and don’t require any expensive equipment. What remains unknown is whether or not MCE+MI may have similar effects in people with neck pain – further research is needed to test any future potential treatment application.

I would like to express my deepest gratitude to Sarah Wallwork who kindly shared her knowledge with me and helped me complete this blog post. 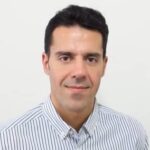 Pouya has a Masters in sports injury from the school of sports science, Azad University, Iran. His research interests are the prevention of musculoskeletal injuries especially in athletes, understanding of brain function and its relation with biomechanics in patients with spinal pain, and the effect of movement-based interventions combined with psychological ones for LBP.