Are Modic changes associated with low back pain?

Home / Are Modic changes associated with low back pain?

About thirty years ago, de Roos et al. [1] found some signal changes in the endplates of the lumbar vertebra on MRI that had not been described in the literature before. Dr. Modic and his group picked up on the findings and described them further, classifying them into three distinct types, Type 1, Type 2 and Type 3. [2, 3] These first papers were published before MRI machines were widely available, and interest grew slowly but steadily as MRI technology made its way into hospitals and research facilities across the world. As with other things (e.g. disc degeneration, HIZ) that could be seen with this new imaging modality, researchers started to hypothesize that Modic changes could be associated with low back pain. The first systematic literature review on the subject was published in 2008, and concluded that there was  a positive association [4 ]. However, due to the small number of studies included in the analysis of association (n=10), it was not investigated if the quality of the studies (risk of bias) influenced the association.

In 2013, studies showing that Modic changes may have a bacterial etiology [5], and that they might be treated with long term broad spectrum antibiotics [6], sparked a renewed interest. Although the findings from Albert et al. have not been replicated yet and are still controversial, they opened up a sort of diagnostic ”Pandora’s box”. Patients started receiving Modic changes as a diagnosis from their health care personnel when Modic changes were described on their MRI reports, and in some places, patients even received prescriptions of long term antibiotic treatments. (A multicenter study currently underway in Norway is trying to answer if there are any benefits of the long term antibiotics on low back pain in patients with Modic changes [7].)

With this chain of events, and the newly sparked interest, we (bravely) set out to find out if the studies published in the years since the last big systematic review (2008) would give us a clearer picture when it comes to if and when Modic changes are associated with low back pain and/or activity limitation. Our review found that the associations between Modic changes both low back pain and activity limitation were inconsistent, regardless of type. There were studies pointing in both directions and although the overall results point towards a possible association between Modic changes and low back pain related outcomes, the risk of bias, mainly concering the selection of study participants and procedures related to the classification of Modic changes, and the methodological quality of the studies prevented us from drawing any firm conclusions [8].

(The most common problems within each of the four bias domains were: 1) Lack of randomly or consecutively selected study participants, which could introduce a risk of selection bias, 2) Lack of reliability testing, raising concerns about misclassification which would influence prevalence rates of MCs, and thus also the strengths, directions and validity of associations as these are dependent on the prevalence, 3) Lack of blinding between assessment of outcome measure and MRI results, which was mainly an issue for discography studies where patients were referred for the procedure on the basis of the results of their MRI scan, which might have introduced beliefs that could affect their reporting of pain, and 4) Failure to report on the timing of the MRI and clinical outcome assessments, with longer periods increasing the risk of change in either MRI appearance or LBP/activity limitation status.)

At this point, where there is uncertainty of when and how Modic changes play a part in low back pain, clinicians should hold their horses when it comes to moving Modic changes out of the bucket of non-specific low back pain conditions (and very much so when it comes to treating patients with antibiotics based upon it). It may very well have to stay there, in good company with other common structural findings on imaging which are to varying extents associated with low back pain [9], but not good predictors of the multifaceted generation of the pain experience in a patient. 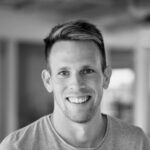 Christofer Herlin obtained his Master of Science degree in Clinical Biomechanics at the University of Southern Denmark in 2011. He has been a clinical practitioner in both Norway and Sweden, while conducting research part time. For now, he has left the field of Health Science to pursue his other big interest; technology and more specifically web development.

Professor Per Kjaer has been involved in epidemiological and clinical research for more than 15 years with a keen interest to address the gaps between scientific evidence and clinical practice, especially in neck and low back pain. He also has more than 20 years of clinical experience as a physiotherapist and as a teacher at both the pre- and post graduate levels.

Tue Secher Jensen has a clinical background as a chiropractor and has 15 years of research experience in the associations between spinal pain conditions and imaging, especially MRI. He is now working as both a clinician (Imaging) and as a senior researcher.