Minding mindfulness – what is going on?

Home / Minding mindfulness – what is going on? 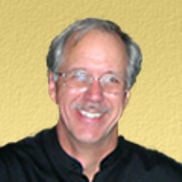 Mindfulness is, it seems, in fashion. Every month there seems to be a new TV show or talkback hour on its wondrous curative powers.  It made it into our Christmas Dinner Conversation and I am waiting for the mindfulness-branded t-shirts and environmentally friendly canvas shopping bags to emerge.  Is it really that good? Well, fortunately there are clever and committed scientists trying to find out.  A very recent issue of PAIN included a paper on  a randomised controlled trial that suggests mindfulness is about as good for fibromyalgia as sitting on a waiting list.  More on that one later – we have asked the author to write something on it and hope he does.  However, in the meantime, we thought we would seek out some informed people to contribute and, hopefully, start the conversation.  The first person is one of the clever and committed folk – Alex Zautra from Arizona State University. Here he runs us through a study published almost a year ago that has very intriguing results – change your breathing rate (as you do in mindfulness training) and change your pain, but it is NOT, it seems, for everyone.  Further, the people it is not as good for might be the people we most want it to be good for. Anyway, read this:

The effects of slow breathing on affective responses to pain stimuli

In this study we wished to test a major tenant of mindfulness meditation: that breathing slowly improves a person’s capacity to manage negative emotions. Although there are many anecdotal accounts of the value of taking deeper breaths, no one had yet tested this hypothesis experimentally. We designed a laboratory procedure that would examine this question.  Each participant rested comfortably in an easy chair while we recorded their normal breathing rate, and created a visual image that expanded and contracted either at their normal rate or at half that rate, and instructed participants to match their breathing rate to the motion of the image. The participants then went through a series of experimental trials during which they received mild or moderate pulses of heat pain from a device strapped to their hand.  On half of these trials, they were breathing slowly; the other half of the trials they were breathing at their normal rate. By comparing how they reacted to the pulses of heat pain when breathing at different rates, we could test whether slower breathing was beneficial.

We tested two different groups:  Women with Fibromyalgia, a chronic pain disorder, and women without a chronic pain disorder. We knew that Fibromyalgia brings with it difficulties in emotion regulation. People with this illness often are not able to sustain positive emotion, and report higher levels of depression than people without this condition. We expected that participants with Fibromyalgia would benefit less from slow breathing than healthy women.

In sum, our study showed that deep breathing like that used in mindfulness mediation enhances well-being and reduces pain. We think that this benefit is a consequence of parasympathetic activation, bringing forth a calm, positive, and contemplative mood, which provides a good counter balance to sympathetic arousal that arises under stress.   Women with chronic pain from Fibromyalgia need more than meditative instructions, however.  Interventions should also include ways for these women to find sources of sustainable positive emotion to improve the quality of their lives. 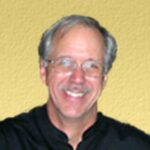 Alex Zautra is Arizona State University Foundation Professor of Clinical Psychology, and directs ASU’s Resilience Solutions Group with Professor John Hall.   He has dedicated his career to the study of resilience among people in stressful circumstances. In his research, his clinical work, teaching, and his writing he explores fundamental questions in behavioral health such as the role of  positive emotion in health and illness, and the sources of resilience within the person and in social relations that restore health and well-being following challenges from stressors at home, work and in community life. His current research focuses on the resilience across the life-span, funded by grants from the National Institute on Aging, the National Institute of Arthritis, Musculoskeletal and Skin Diseases, Pfizer Corporation, The United States Army Resilience Program, and Arizona’s Saint Luke’s Health Initiatives.  His most recent book with co-authors Reich and Hall, is entitled Handbook of Adult Resilience, published by Guilford Press in 2010.  He is also the author of Emotions, Stress, and Health, published by Oxford University Press.