A mechanistic approach to pain management: Applying the biopsychosocial model to physical therapy 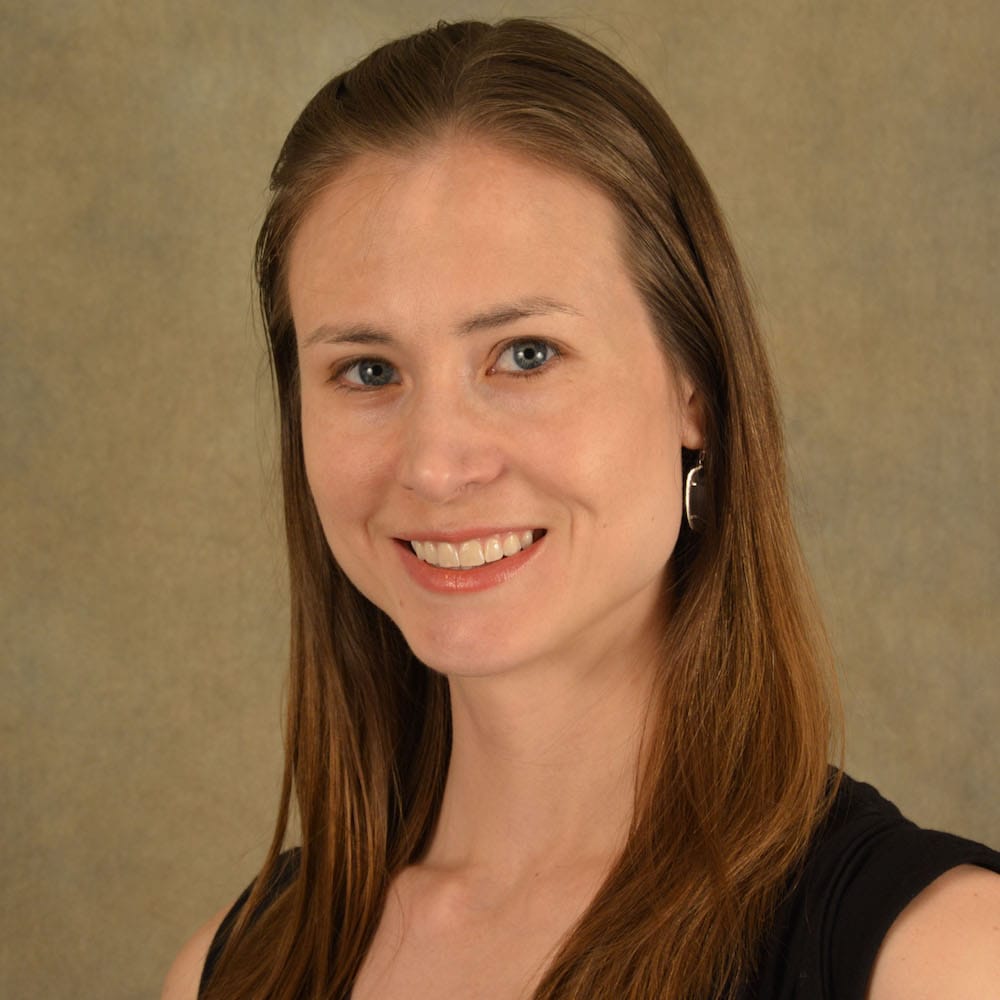 “Physicians and patients usually harbor a concept of pain that involves a linkage between body damage and the pain reported by the patient. This is an inadequate concept that leads both physicians and their patients into unnecessary difficulties in the management of chronic pain.” Loeser, 1982 [1]

We recently read the classic article by Loeser written over 30 years ago, in which he proposed the biopsychosocial model.[1] It is amazing how many of the statements in the article, such as the quote above, still reflect current practice and patient experience. We recently wrote a perspective in Physical Therapy[2] that expands the biopsychosocial model to include a motor component in order to translate this theoretical model to physical therapy practice. Our goal was to provide a conceptual framework within which physical therapists could consider a mechanism-based approach to individualize care for a patient with pain, rather than focus predominantly on a diagnosis or perceived “body damage.”

Before describing the different types of “pain mechanisms,” we first need to qualify our use of this term. We are operationally defining a ‘pain mechanism’ as an aspect that can begin, maintain, and/or modulate pain, including influencing relationships between other aspects of pain. In addition, several of these modulating ‘pain mechanisms’ can occur in a cyclical manner, both in response to pain and influencing pain. Given that pain is a complex experience, people in pain often have multiple mechanisms occurring simultaneously that can increase or decrease the experience of pain. Individuals with a common diagnosis, such as knee osteoarthritis, who share common symptoms, have a unique combination of mechanisms and subset of factors contributing to their pain.

There are three primary biological pain mechanisms (nociceptive, nociplastic, neuropathic) that can contribute to pain, as previously described by Phillips and Clauw.[3] As currently defined by the International Association for the Study of Pain (IASP),[4] these three terms, respectively, refer to pain arising from nociceptor activation, adaptations to nociceptive pathways in the central nervous system, and direct damage to the nociceptive system. While nociceptor and/or nociceptive pathway activation alone are not sufficient to cause pain, they can be triggering events that need to be addressed in pain management. These three biological pain mechanisms can be influenced by, as well as directly influence, psychosocial and motor mechanisms (See Figure 1). This means that psychological factors such as depression could have a negative impact on pain, or psychological factors such as a high level of self-efficacy could have a positive impact on pain.[5] Similarly the motor system can negatively (e.g. muscle cramp) or positively (e.g. endorphin release with running) impact pain. Because physical therapists specialize in the evaluation and treatment of the motor system, our profession has the potential to drastically improve our understanding of how this particular mechanism interacts with other pain mechanisms.

The first step of a mechanism-based approach is to evaluate the potential involvement of each pain mechanism. This allows for prioritizing specific treatments based on the mechanisms reasoned to be involved rather than a general diagnosis. In a recently completed study on people with chronic Achilles tendon pain, 68% (15/23) had high fear of movement, yet only 17% (4/23) of age-, sex- and BMI-matched pain-free controls had high fear of movement (https://clinicaltrials.gov/ct2/show/NCT03316378). Of note fear of movement was common in those with chronic Achilles pain yet not ubiquitous; there were still over 30% that did not have high fear of movement. Thus rather than recommending interventions targeting fear of movement for all people with chronic Achilles tendon pain, we suggest screening for this potential mechanism and targeting treatment accordingly. Further, this example illustrates that patients may present with only certain components of a pain mechanism. In this same study, we found that only 4% had high pain catastrophizing. In other words, just because a patient reports elevated levels of one type of psychosocial factor, it does not mean that they will report others (e.g. pain catastrophizing, depression, anxiety). In addition, patients often present with multiple pain mechanisms (e.g. heightened psychosocial factors and nociceptor activation). Therefore, a thorough evaluation examines each potential pain mechanism rather than targeting a single pain mechanism, and recognizes that there may be multiple factors within a single mechanism: i.e. fear of movement vs. pain catastrophizing. Unfortunately, we are limited to indirect assessments, including patient history, questionnaires and potentially quantitative sensory testing (QST), to determine the involvement of the 3 biological pain mechanisms in humans. Increasingly QST has been used to infer the presence of centrally-mediated mechanisms, but we are far from having fully validated tools to discern with certainty the relative roles of nociceptive, nociplastic, and neuropathic mechanisms.

It is worth noting that a mechanism-based approach has long been used by pharmacologists to maximize the therapeutic benefit of pain relieving medications (Figure 2B). As an example in patients with peripheral neuropathic pain, oxcarbazepine, a sodium channel blocker that reduces nociceptor activity, had a larger effect in the “irritable nociceptor” group than the “nonirritable nociceptor” group (Number Needed to Treat=4 vs. 13).[6] In comparing the lists of treatments for each mechanism in figure 2A to figure 2B, many of the physical therapy treatments target multiple pain mechanisms while pharmaceutical agents target a single mechanism. Both a clinical strength and research challenge for physical therapy pain management is that exercise can affect all five mechanisms. There are a multitude of clinical trials comparing 2 different exercise interventions in the same population and having equivocal results (see table of systematic reviews on exercise-induced analgesia).[7] These findings are potentially due to the generalized effect of exercise on pain. While research on pain mechanisms continues to grow, it is yet to be seen if physical therapy can augment the effect of exercise by providing treatments to specifically target an individual’s pain mechanisms. 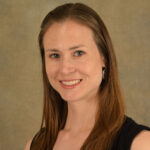 Ruth Chimenti, DPT, PhD is a postdoctoral scholar in the Department of Physical Therapy and Rehabilitation Science at the University of Iowa. Her current line of research is creating a bridge between the fields of pain science and orthopaedic biomechanics. Dr. Chimenti has experience working with groups of clinicians and scientists to make practice recommendations for physical therapists (e.g. author on 2018 Achilles tendinopathy clinical practice guidelines). Her work is currently supported by the National Institute of Arthritis and Musculoskeletal and Skin Diseases of the National Institutes of Health under the Career Development Award K99AR071517.

Laura Frey Law, MPT, MS, PhD is an Associate Professor in the Department of Physical Therapy & Rehabilitation Science, Carver College of Medicine, at the University of Iowa. She received her PhD in Rehabilitation Science in 2004, and has a background in biomedical engineering (BSE and MS) and clinical physical therapy (MPT) with 5 years experience in sports medicine PT. Her research interests include musculoskeletal pain and fatigue with over 40 manuscripts in this area.  She has been funded by the National Institutes of Health as well as by various Foundations; has served on National and International Pain Association Boards; and is an Associate Editor for the Journal of Applied Biomechanics. 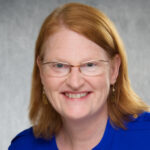 Kathleen A. Sluka, PT, PhD, FAPTA is a professor in the Department of Physical Therapy and Rehabilitation Science at the University of Iowa. She is also an advocate for improved guidelines and standards for pain education, and has served on the numerous task forces by the IASP including those to  develop physical therapy pain curriculum guidelines and those to define pain terminology. She has authored ‘Pain Mechanisms and Management for the Physical Therapist,’ an evidence-based textbook on basic science mechanisms, physical therapy treatments, interdisciplinary care, and pain syndromes published by the IASP Press. Dr. Sluka’s translational research laboratory focuses on the neurobiology of musculoskeletal pain as well as the mechanisms and effectiveness of non-pharmacological pain treatments commonly used by physical therapists. She has published over 200 peer-reviewed manuscripts and has received numerous awards including the Marian Williams Award for Research in Physical Therapy and the Catherine Worthingham Fellow Award from the American Physical Therapy Association, and the Kerr Basic Science Research Award from the American Pain Society.