A call to study the Meanings of Pain

Home / A call to study the Meanings of Pain 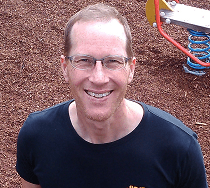 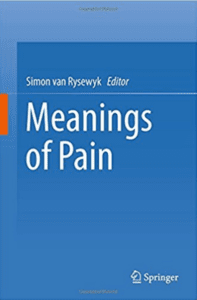 This post is the first in a series of posts on BiM about chapters in the edited collection, Meanings of Pain (2016, Springer). We kick off the series with a question and answer session between Simon van Rysewyk, editor and contributor of Meanings of Pain, and Lorimer Moseley (LM), Editor-in-Chief of BiM.

LM: Why make a call to study the Meanings of Pain?

The reason for the call is to increase awareness of pain experience as a bearer of meaning. Advances in modern biomedicine are necessary to explain pain and to aid in its treatment; yet, preference for biomedical explanation of pain in the field has meant that research and clinical attention to the experience of pain and to experiential factors of pain, such as meaning, as both a topic and a method, mostly remains a blind spot in knowledge.

According to the Oxford Living Dictionaries, “meaning” refers to, “important or worthwhile quality; purpose”, or, “implied or explicit significance”. Experiential studies show that there are common meanings within our immediate pain experience, such as “threat” or “danger”, and within our pain experience when it persists over time, such as “interruption”, “burden”, or “harm”, which are focused on the pain itself. If persons in pain begin to think about their existence as a person, meanings of pain can be associated with meanings of existence, such as “loneliness”, “helplessness”, “fulfillment”, or “being consumed by the pain”. Meanings of pain and existence in turn are linked with levels of expectation, desire, and negative emotions, such as depression or anger. These meanings exist because they serve important human needs, such as the need to tell someone else that pain exists. They form an essential link with reality, for without them, urgent and skillful responses to pain that promote survival could not emerge.

In addition to the meaningfulness of immediate and persistent pain experience, the “meanings” of diverse phenomena within clinical pain experience may contribute to good outcomes in patients with pain. These wide-ranging phenomena include, the conviction clinicians have about the effectiveness of their treatments (e.g., Gracely et al. 1985), the route of administration of a medicine (or placebo), such as an injection versus oral administration (e.g., de Craen et al. 2000), the cost of placebo treatments (Waber et al. 2008), or inert (“sham”) surgery (e.g., Sprangfort, 1972).

Meaning is the great sea in which we live; it is, as Daniel E. Moerman observes, “always there”. Consider placebo analgesia. If it is the meaning of a placebo pill that makes a difference in pain relief to patients, such as the perceived meaning of a pill’s shape or color, then if an inert pill is meaningful, so is an active one (Moerman, 2006).Two studies support the ubiquity of meaning in pain experience: Branthwaite and Cooper (1981), who showed that brand name aspirin worked better for headaches than the same aspirin without the brand name, and Fabrizio Benedetti’s famous “open/hidden” study, in which analgesics administered secretly to patients through computer controlled intravenous infusion were less effective than analgesics received in the ordinary way from a clinician (Benedetti, 2003). Still, if meaning is ubiquitous in pain experience, why doesn’t it improve pain outcomes more, and why can’t I use it on myself?

I am now developing Meanings of Pain into a multi-volume series. Chapters will feature interdisciplinary research on the meanings of pain including, the common meanings of pain across types of pain or disease conditions, in special or vulnerable patient groups, the common factors that influence what pain means to the person in pain, their family or carers, especially in cases of persistent pain, the impact of the meaningfulness of pain on a person’s beliefs, quality of life, and decision-making, the meaningful phenomena of clinical pain experience and how they influence outcomes (also, why these phenomena are meaningful; how much effort “meaning” requires), and the neurophysiological actions of the meanings of pain.

LM: How did you arrive here? – a quick tour of the intellectual journey of SVR.

I “arrived” here via a visit to the Medical Library at National Taiwan University. It was 2008, and I was collecting studies at the Medical Library for a PhD topic. The search was going well when I chanced upon a paper that stopped me in my tracks: “Facial Expression of Pain: An Evolutionary Account” (2002), by Amanda CDC Williams. Why pain should have a facial expression is a question that intrigued and stimulated my imagination. Part of the intrigue is due to the meaningfulness of the human face itself. Meaningful changes that we notice in others are often subtle and small alterations in facial expression, and are analogous to features of clinicians that patients find meaningful, such as aspects of clinician demeanour (style, character, personality), which are often embodied in subtle facial expressions, gestures, or particular tones of voice (e.g., Gracely et al. 1985). Amanda’s paper catalysed my abiding interest in pain, which since then has become concentrated into studying the meanings of pain experience. Looking ahead, I plan to found an interdisciplinary online journal under the name of my book, so I welcome expressions of interest from BIM readers to join this journal as an editor, editorial board member, or reviewer.

Here is a quick way to see the difference. In philosophy, human beings are studied as persons, acting in the world and relating to other humans through beliefs, intentions, and experiences. In science, we are physical organisms, compelled by an ancient causality and relating to each other through mechanisms and laws that control us and every other thing. The human being of philosophy is not a being distinct from the human being of science, but simply a being differently described. One question is how these ways of knowing relate to each other in clinical practice, and when we should use one rather than the other (Thacker & Moseley, 2012).

Adopting a “philosophical attitude” to the study of pain is not about explaining pain so much as describing the meanings of pain implicit in our lives and actions, and on showing how they interact. The types of meanings of clinical interest include the personal meanings of subjective or first-person knowledge of pain and, the common meanings across types of pain and diseases. Moreover, relationships between the meanings of pain, neurobiological activity, and specific brain mechanisms, can be discovered using standard neuroscientific techniques and quantitative or mixed methods (Price & Barrell, 2012; van Rysewyk & von Baeyer, 2016).

LM: Is this book for all humans, or just westerners?

This book is for all humans! I read about the childbirth practices in an African people in which the woman who is going to have a baby works in the fields until the child is about to be born. Her husband then gets into bed and moans as if he were in intense pain while she bears the child. The husband stays in bed with the baby to recover from the ordeal, and the mother immediately returns to the fields. This account may not be entirely reliable, but it and others like it challenge the still dominant but simplistic Cartesian view of pain as the perception of mental state which is unproblematically perceptible, and reportable on, by human beings. Experiences of pain in humans are influenced by interpretation and learning, which perhaps is a way of saying that the meaning of a pain is important in the way that the pain is felt. 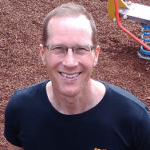