Maybe all of us are synesthetic? Insights into the mechanisms of mirror-touch synaesthesia

Home / Maybe all of us are synesthetic? Insights into the mechanisms of mirror-touch synaesthesia 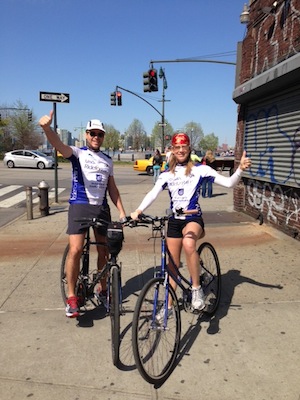 Mirror-touch synesthesia is a phenomenon in which the mere observation of another person being touched causes the observers to experience a touch on their own body. The condition is quite rare, with an estimated prevalence of 1.6% in the general population (Fitzgibbon et al. 2012).

Two main features set this condition apart from other synaesthesias. First, the primary unique feature of mirror-touch synesthesia is that the relationship between the inducer (the sight of the touch), and the concurrent sensation (the synesthetic, felt touch) involves a similar sensory experience between the person who is touched and the observer (Fitzgibbon et al. 2012). Yet, this shared representation for the viewed and felt touch is not unique to synaesthesia. Even in non-synesthetic individuals, witnessing someone else undergoing a given tactile sensation activates brain areas normally involved when one experiences the same sensation, the so-called ‘tactile mirror system’ (e.g., Bolognini et al., 2013; Blakemore et al., 2005). This mapping, in turn, enables an automatic and unconscious simulation of others’ somatic states, supporting our ability to understand others’ sensations (Keysers et al., 2010).

The second fascinating aspect of mirror-touch synesthesia is its association with empathy: mirror-touch synaesthetes, both developmental and acquired (following sensory loss), show higher levels of affective empathy than non-synaesthetes (Banissy and Ward, 2007; Goller et al., 2011). This relationship further links synaesthesia with general mechanisms of sensory simulation, rather than with processes unique to synaesthesia.

For these features, mirror-touch synaesthesia may be considered as an extreme version of a normal process involving the simulation of others’ corporeal sensation. These sensations are classified as synaesthesia when conscious experiences occur, namely when the sight of a touch elicits conscious tactile experiences on the observer’ own body. But what causes synesthetic sensations to emerge? Evidence from neuroimaging experiments suggests that the experience of mirror-touch synaesthesia may be related to heightened excitability within the tactile mirror system (Blakemore et al. 2005). In our recently published paper in Current Biology (Bolognini et al., 2013), we attempted at verifying whether an increased excitability of the somatosensory cortex could actually cause the emergence of mirror-touch synaesthesia even in non-synesthetes. To this aim, we used transcranial direct current stimulation (tDCS, a non-invasive technique of brain stimulation that can increase cortical excitability, see Nitsche et al., 2008), in combination with a task developed for the study of mirror-touch synesthesia (Banissy and Ward, 2007). We found that, by allowing the somatosensory cortex to reach a certain activation threshold, non-synesthetic individuals became slower at localizing a site touched on their hand (e.g., a felt touch on the left hand), when they simultaneously viewed a touch to the opposite hand (e.g., a viewed touch on the right hand). This is a behavioural pattern typical of mirror-touch synaesthesia (Banissy and Ward, 2007). This interference effect implies that during somatosensory cortical stimulation non-synesthetes are confused by the viewed touch, which becomes difficult to be distinguished from the real (on their own body) touch. This phenomenal experience occurs only when viewing a touch to a human body part, being absent if objects are touched, as also shown in synaesthetes. Noteworthy, individual emphatic abilities predict the emergence of mirror-touch responses during the stimulation of the somatosensory cortex: when you look at a person who is being touched, your ability to “put yourself in his/her shoes” is associated with synesthesia-like responses induced by somatosensory cortical stimulation.

In sum, mirror-touch synaesthesia reflects general vision-touch matching mechanisms, which may underpin our ability to simulate others’ sensations. Importantly, it is also based on an increased activity of cortical areas concerned with bodily sensations. Under normal conditions, the somatosensory system is physiologically active below the threshold of perceptual awareness when we observe other’s tactile experiences. This may be due to inhibitory processes, which prevent one from experiencing the observed sensation (Fitzgibbon et al. 2012). The absence, or reduction, of this physiological inhibitory control in the somatosensory system may, consequently, lead to the experience of mirror-sensory synaesthesia. Moreover, differences in empathy reveal themselves in the extent to which individuals respond, physiologically, to seeing others being touched. 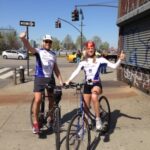 Nadia  is currently Assistant Professor of Psychology (Psychobiology and Physiological Psychology) in the Department of Psychology of the University of Milano Bicocca (Italy). She obtained her PhD in Experimental and Clinical Psychology in 2005 in the University of Bologna, with a dissertation on multisensory processing in healthy and brain-damaged patients. She was vising researcher at the Wake Forest University (Winston-Salem, NC, USA), the University of Rome ‘Sapienza’ (Rome, Italy), and the Harvard Medical School (Boston, MA, USA). Nadia’s main research interests concern the neuropsychology of multisensory perception, the human tactile mirror system (on this, she awarded the “Editors Choice Award” for the best paper published in 2011 in the Journal Human Brain Mapping), and the use of non-invasive brain stimulation for the rehabilitation of sensory and motor disorders in stroke patients.