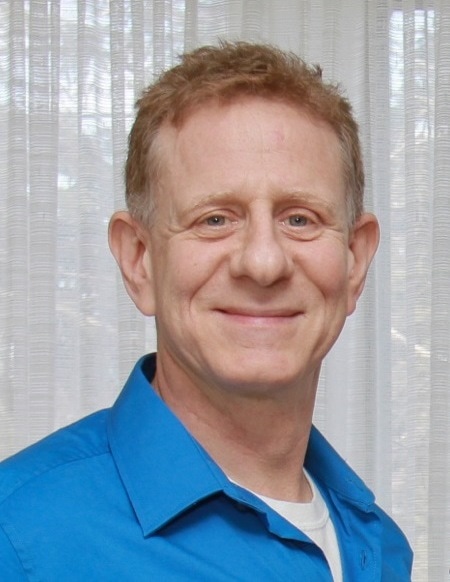 Chronic post-surgical pain is a major public health problem that’s managed to remain ‘under the radar’ for far too long.   Many of you probably know someone who’s had major surgery, but what you likely don’t know is that a common adverse effect is chronic or persistent pain – the pain never goes away, or it might, for a while, only to return at a later time. Fortunately, most people who undergo major surgery do just fine. They recover uneventfully and return to their everyday activities usually within weeks, often with a better quality of life than before. But this ideal recovery trajectory doesn’t occur in a substantial proportion of people. For them, the pain persists and continues to cause suffering and distress. When chronic post-surgical pain is severe, and difficult to manage, it has a way of lodging itself into the core of the person and leads to many downstream effects. To put it briefly, chronic post-surgical pain destroys lives: it destroys the lives of the people who have pain as well their families. It can lead to job loss, marital and family problems, social isolation, worry, anxiety, depression, and, in some cases, even suicide. It’s hard to imagine if you, yourself, don’t have a chronic pain problem. To give you a better idea, think back to the last time you were in pain. Maybe you had a migraine, or another kind of headache; perhaps you wrenched your back; ‘caught a draught’ that caused your neck to go stiff; had a toothache or a sports-related injury. Think about how you felt, the things you thought, and what you did and didn’t do. Did you leave work early, or possibly miss the entire day; cancel plans with friends; wish the pain would end; have trouble concentrating or thinking about anything other than the pain; have a stiff drink or two; wait it out in bed? Now imagine that the pain didn’t go away, that wherever you went it went with you – day in, day out — and no matter what you were doing, it was always present. This will give you a better idea of what it’s like to live in pain on a daily basis.

How large a problem is chronic post-surgical pain? The literature indicates that between 5 and 10% of patients report moderate-to-severe pain one year after major surgery. In 2004, it was estimated that there were 234 million surgeries performed around the world. Using the 5-10% statistic, this means that between ~12 and 23 million people develop moderate-to-severe pain every year. And because the pain is persistent — meaning it doesn’t go away — the numbers are cumulative, so the 12 to 23 million new cases this year are added to the 12 to 23 million from the year before and the year before that and so on. From an economic perspective, chronic post-surgical pain is also a major drain on the health care system. In 2013, it was estimated to cost ~41,000 USD/patient/year, giving a ‘ball-park’ number in the hundreds of billions of dollars each year — and that’s only for the new cases.

One of the biggest tragedies is that children aren’t spared. We, and others, have conducted research to show that about 50% of kids report pain one year after major orthopaedic surgery for a condition called scoliosis — an abnormal curvature of the spine — and that 22% rate the pain as moderate-to-severe in intensity and unpleasantness.

It would be really helpful if we could somehow know, before surgery, who’s going to develop long-term pain and who isn’t. My students, colleagues, and I have been focusing our research on identifying such risk factors, and we’re especially interested in finding causal, modifiable risk factors. Risk factors fall into a number of categories and not all of them are, at present, known to be causal or modifiable. For example, some surgical procedures, such as amputation of an arm or a leg, are much more likely than others to result in chronic post-surgical pain, largely because they involve nerve damage such as tying up and cutting major nerve trunks, which can lead to neuropathic pain. Other risk factors include emotional distress and negative affect such as pre-operative depression and anxiety and something we call ‘pain catastrophizing’. But the one factor that’s most often been shown to predict chronic pain is pain itself — pain predicts pain. At the present time we don’t know whether acute pain causes chronic pain, or if acute pain is simply correlated with long-term pain, and this is really important, because if it is causal, aggressively managing acute post-surgical pain may reduce the risk that it becomes chronic.

Before I finish up, I’d like to tell you a bit about what we’ve been doing to try to help. In 2014, we established the world’s first Transitional Pain Service at the Toronto General Hospital. The service is designed to transform the way pain is managed after surgery by targeting and managing known risk factors before and after surgery in an effort to reduce pain, disability, and opioid misuse, while also benefitting the health care system by facilitating earlier discharge and reducing costs. The Transitional Pain Service consists of a multidisciplinary team of anaesthesiologists with advanced training in acute and chronic pain management, nurse practitioners, clinical psychologists and graduate students, surgeons, family practitioners, physical therapists and an exercise physiologist. The role of our psychological treatment is especially novel in the context of acute post-surgical pain. We draw on innovations in Acceptance and Commitment Therapy which allow for brief, flexible, and effective behavioural interventions to be applied trans-diagnostically and preventively.

In the first year of service we’ve seen a few hundred patients with promising results, even though the patients that flow through our service are quite complex.  The next step is for us to evaluate the effectiveness of the Transitional Pain Service more scientifically using a randomised, controlled design to see whether this transformative new service will move us closer to our goal of abolishing chronic post-surgical pain. 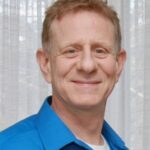 Joel Katz is a Professor of Psychology and Tier 1 Canada Research Chair in Health Psychology at York University in Toronto. He is the Research Director of the Pain Research Unit, in the Department of Anesthesia and Pain Management at the Toronto General Hospital and a Professor in the Department of Anesthesia at the University of Toronto. He is a former Psychologist-in-Chief of the University Health Network in Toronto. Dr. Katz is a member of the Board of Directors of the Canadian Pain Coalition (CPC) and serves as the Chair of the CPC Research Committee. He is on the Editorial Board of the Journal of Pain and Pain Research and Management and served as Section Editor for BMC Anesthesiology. He has published more than 230 articles and book chapters and has been invited to present his work at professional and scientific meetings in North America, Europe and Asia.

Dr. Katz’s research program is aimed, broadly, at understanding the psychological, emotional, and biomedical factors involved in acute and chronic pain. He and his students and colleagues are exploring factors involved in the transition of acute, time-limited pain to chronic, pathological pain after surgery, accidents, and spinal cord injury. They are also evaluating interventions designed to prevent acute post-operative pain and the transition to chronicity.