Macrophages are key players in pain and analgesia

Home / Macrophages are key players in pain and analgesia 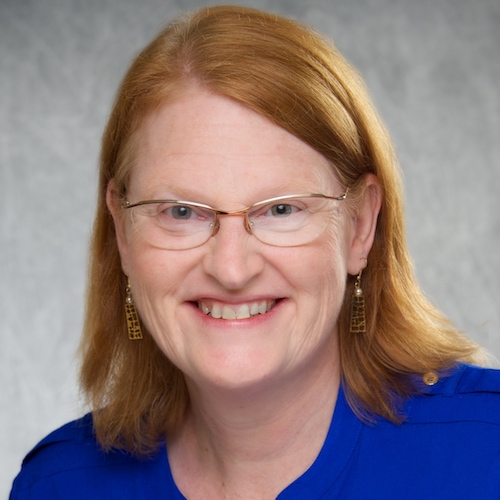 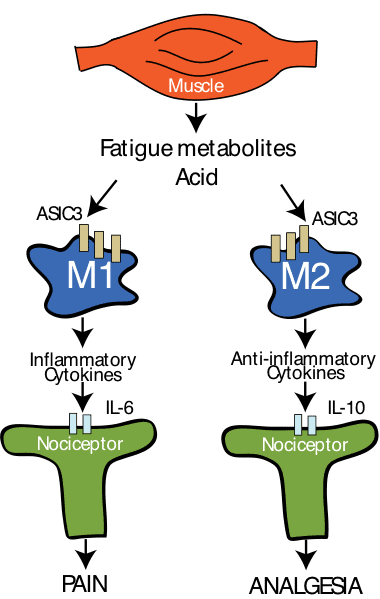 Figure 1, shows our theory that suggests macrophage phenotype dictates whether pain or analgesia predominates after injections of acidic pH.  In otherwise sedentary animals there is a greater proportion of M1 macrophages while in physically active animals there is an increase in M2 macrophages.

We have developed a model of chronic widespread musculoskeletal pain induced by giving 2 injections of pH 4 saline into the gastrocnemius muscle. Behavioral responses to the muscle insultare tested by examining withdrawal thresholds of the paw or muscle as a measure of hyperalgesia, and measuring physical activity levels using an open field test. This model results in muscle and paw hyperalgesia that spread to the contralateral limb, enhanced visceral sensitivity, and reduced activity. As in people with chronic musculoskeletal pain there is no tissue damage or inflammation. The hyperalgesia is sensitive to pharmaceutical and non-pharmaceutical therapies with a similar pattern to that observed in human subjects with chronic widespread pain – opioids, reuptake inhibitors, gabapentinoids, and exercise are effective; NSAIDs and channel blockers are ineffective.

Importantly all of these experiments were done in sedentary animals. In fact, nearly all basic science studies are done in sedentary animals, and this is itself  a risk factor for the development of chronic musculoskeletal pain in humans[3]. On the other hand, regular physical activity, reduces the risk for development of chronic musculoskeletal pain in humans[3,4]. Further, it is well known that exercise is an effective treatment for chronic muscle pain conditions, like fibromyalgia. We therefore asked whether regular physical activity prevented the development of chronic musculoskeletal pain. To do this, we placed running wheels in the home cages of mice and compared them to mice housed in their normal cages. After 8 weeks of regular physical activity, 2 injections of acidic saline did not produce hyperalgesia when compared to sedentary mice[1,5].

We hypothesized that regular physical activity released factors from the exercising muscle that would alter the phenotype of muscle macrophages. To test this we examined the number of macrophages that expressed either an M1 marker or an M2 marker, using immunohistochemistry. In physically active animals there was an increase in the number of macrophages that expressed the M2 markers, suggesting a change in phenotype. Since M2 markers release anti-inflammatory cytokines, we proposed that IL-10, an anti-inflammatory cytokine, mediated the analgesia produced by regular physical activity. To test this we gave an antibody to the IL-10 receptor either systemically or directly into the muscle in physically active animals with the chronic muscle pain model. Systemic blockade of IL-10 prevented the bilateral analgesia in physically active mice. Unilateral blockade of IL-10 – into the muscle that received the pH 4 injections – also prevented the analgesia. Interestingly, if the blocker was given to the contralateral muscle, the analgesia in that muscle was also prevented.

Lastly, we asked if IL-10 in sedentary animals would also prevent the development of hyperalgesia. IL-10 delivered either systemically, or directly to the muscle for 10 days before induction of the model, prevented the development of hyperalgesia. These data together suggest that the effects of regular physical activity are to increase M2 macrophages in muscle tissue, which results in an increase in IL-10 in muscle that reduces nociceptor activity. 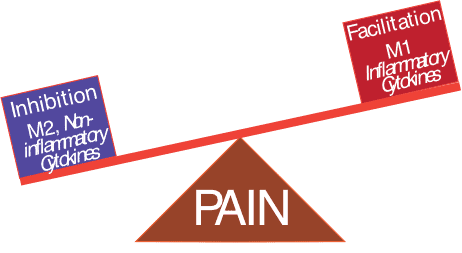 In summary, we propose that the state of the immune system influences the development of chronic muscle pain. The immune system is a balance between inflammatory and anti-inflammatory processes and the net output of these two processes determines the response to muscle insult (Figure 2). Under sedentary conditions, the system is set up to enhance the release of pro-inflammatory cytokines and produce pain to mild muscle insults. On the other hand, with regular physical activity, the immune system is in an anti-inflammatory state, and prevents the development of hyperalgesia. If this mechanism applies in humans and is an important driver of chronic clinical pain states, then as clinicians we could capitalize on this effect by recognizing the underlying mechanisms and promoting activity to facilitate an anti-inflammatory state. Understanding the mechanisms can also be used to help educate the patient on the importance of exercise and provide a rationale for them to participate in a regular exercise program.

About Kathleen A. Sluka 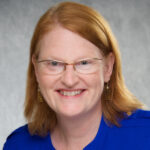