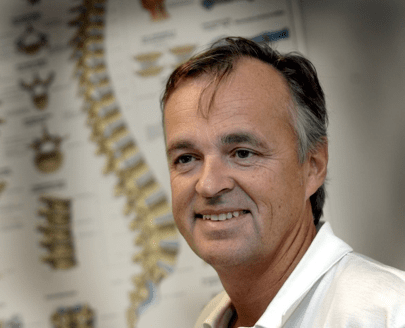 In general, most acute low back pain (LBP) recovers spontaneously within a few days or weeks. No active treatment has shown to actually shorten the time it takes for acute back pain to recover. The purpose of medication, manipulation, acupuncture, physiotherapy etc. is at best to ease the pain while one is waiting for nature to heal. And one should of course avoid bed rest which may prolong the back pain episode.

Quite opposite, a back pain that has lasted for more than six weeks rarely recovers by itself. According to clinical  guidelines across the world, a combination of physical training and cognitive behavioral therapy is a recommended treatment for those who do not recover as expected from the acute pain. Normally this takes place in within a multidisciplinary setting.

In a study recently published in Spine, we wanted to explore whether a cognitive based educational model for treatment for subacute and chronic LBP could successfully be conducted in primary care. If successful in reducing symptoms/ pain /disability, it would be beneficial for the patients and for society, as the cost per treatment would be lower and the access to treatment would be much easier.

We came across a study from 2003 and 2004 by Prof Lorimer Moseley, presenting a model “Explain Pain”.  where the LBP patients through knowledge about how pain is generated, interpreted and translated into behavioral changes, may be capable to draw their own conclusions in order to normalize their movements and behavior, and in turn recover from the pain.

Based on this “Explain Pain” model, we produced a manual consisting of four educational consultations of 30 minutes each. Every consultation had a specific content of pain physiology and how this knowledge may assist the participant. We then invited 20 family doctors and 20 physiotherapists from primary care in the greater Oslo area in Norway to take part in the study. It was a cluster randomised trial, therefore randomisation was done on the health care providers with 10 physicians and 10 physiotherapists in the intervention arm and the same in the control arm.

All providers in both groups were asked to recruit up to ten consecutively LBP patients from their own practices to the study. The patients should have unspecific LBP of more than four weeks but less than 12 months duration. The providers in the intervention group underwent a thorough course on how to conduct the consultations according to the treatment manual while the providers in the control group were told to also meet with their patients four times for 30 minutes with no specific content of the consultations other that what was regarded as normal practice. Patient outcomes were assessed  via the Roland Morris Disability Questionnaire, amount of sick leave and pain as measured on an 0-11 point scale

The results were at first a little disappointing but then intriguing and in the end quite interesting.

However, what we found quite intriguing was that all patients in both groups seemed to recover rapidly and to a much greater extent than what we expect in patients with subacute and chronic LBP. And this recovery sustained or even improved further during the 12 month follow up.

Our interpretation of this study is that although we didn’t find any benefits from the addition of the modified “Explain Pain” model to normal practice versus normal practice alone, these patients probably improved as a result of the attention and the repeated messages that were given by the providers in both groups. We assume that what the providers in the control group actually did was to provide reassurance and “stay active”-messages according to the

A suggestion from our study is that the provision of care and attention to LBP patients over time may produce a better outcome than just telling them to stay active and then leave them alone with their frustrations and pain. Furthermore, this study implies that with an active attitude and interest from the provider,  LBP patients may very well be treated in primary care. 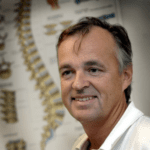 Erik L Werner is a general practitioner in Norway, with special interest in low back pain. He is working part time in a family practice and part time as associate professor at the University of Oslo, Norway. At the university he is working with teaching medical students, supervising PhD students and conducting own research.