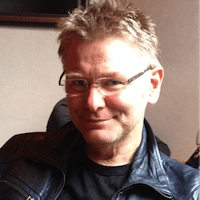 In a recent reaction posted on this website, it was stated that systematic reviews typically find little or no relationship between physical loading and low-back pain. The author cited three reviews, seemingly providing solid evidence in support of this statement. However, these reviews are part of a series produced by the same group, according to the same methodology, reviewing largely the same studies [for an overview see 1] and thus do not provide independent observations to underpin this statement. Moreover, these reviews were quite heavily criticised for methodological errors and biases [2-6] and the results were certainly not typical, as several other reviews [7-11] and an extensive meta-analysis [12] reached a different conclusion.

The book is by no means closed on the role of physical loading in the aetiology of low-back pain. Assessment of exposure-response relationships, i.e. the quantitative relationships between the intensity, frequency and duration of physical loading and the incidence of low-back pain, is key [1, 9], but the way in which exposure-response relationships have traditionally been studied is problematic. For example, the mass of objects lifted has been used as a measure of intensity of exposure to lifting, even though object mass [13, 14] has only limited influence on the magnitude of mechanical loading of the back. Other activities like bending the trunk or pulling may cause similar loading of the back to that caused by lifting.

Methods to estimate mechanical loading of the back suitable for large-scale studies are needed, and have recently been developed and tested [e.g. 15, 16]. They have allowed us to perform the first study in which mechanical back loads were related to the development of low-back pain [17]. Over a three-year period, low back pain was assessed in 1131 participants who had been categorised into 19 groups based on their occupational activities. Video and hand force recordings of four or five workers per group, obtained during their work at the start of the three-year period, were used to determine the inputs for a mechanical model that estimates low-back loads. Mechanical loads were expressed as torques generated by the trunk muscles, and peak torques and cumulative torques (torque integrated over time) were calculated and averaged to obtain estimates of back loads in each group.

A significant exposure-response relationship was found for cumulative low-back torques and low-back pain, with a 2.4 to 5.1 times higher risk of low-back pain in the most exposed as compared with the least exposed participants. The result was strongly determined by the group that experienced the highest back loads, which mainly consisted of road workers. The latter may indicate that the exposure-response relationship is not linear, with increased risk only for people that are exposed to loads at the high end of the spectrum. Overall, this study supports an aetiological model of low-back pain based on cumulative tissue damage due to mechanical loading. No exposure-response relationship was found for peak loading.  Therefore, although the study design was not optimally designed to reveal a role of incidental events, our data do not support an aetiological model based on acute injury.

Our results imply that we should reduce cumulative low-back loads to prevent low-back pain, for example by reducing handling of heavy loads and working in awkward body postures. However, there is a caveat. The load bearing capacity of the spine is largely determined by its bone mineral content, which is a measure of its size and density [18-22]. Thus the risk of injury is expected to be lower in people with a high bone mineral content. In line with this, the probability of low-back pain was found to be lower in men with a high compared to a low bone mineral content [23]. Now, it is well known that unloading decreases [24] and loading increases bone mineral content [25, 26]. So physical activity and resulting low-back load may also have positive effects with respect to low-back pain, as they are known to for recovery from back pain [27]. Perhaps this does not come as a surprise. In sports, the benefits of physical activity (training) as well as the risks (overuse injury) are well recognised. Fortunately, it seems that unloading needs to be fairly dramatic before detectable loss of bone mineral content occurs [24] and our study suggested that cumulative loads need to be quite high before they increase the risk of low-back pain. This implies that we should look for healthy levels of loading and there appears to be enough middle ground in between the extremes of disuse and overuse to be able to do that. 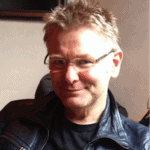 Jaap van Dieën is professor of biomechanics at the Faculty of Human Movement Sciences of the VU University Amsterdam. He has been active in biomechanics since 1990, initially with a focus on the biomechanics of the spine in relation to low-back pain and more recently on the biomechanics of posture and gait in healthy and impaired populations. His main interest is how neural control interacts with the musculoskeletal system in functional activities and how this affects musculoskeletal loading. In recent years, he has collaborated extensively with epidemiologists in applying biomechanical methods outside the laboratory, to obtain insight in risk factors for disorders and injuries.