No man is an island

Home / No man is an island 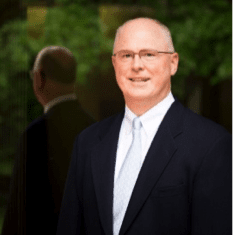 Living in a disadvantaged neighborhood influences chronic pain development after motor vehicle collision, and this effect is moderated by a common genetic variation that influences HPA axis function.

We all like to believe that we are impervious to our surroundings. It’s reassuring to feel that we are “captain of our own ship”, charting our own course unaffected by circumstances around us. Unfortunately, substantial epidemiologic evidence tells a different tale. For example, living in a more disadvantaged neighborhood, that is, one with a lower neighborhood socioeconomic status (nSES), has been shown to substantially alter the function of our stress systems. These systems have an important influence on our daily function and are designed to help us survive dangerous events and circumstances.[1-4]

We recently performed a study[5] evaluating whether living in a low nSES affects chronic pain outcomes after a common traumatic event, motor vehicle collision (MVC). More than 50 million MVCs occur worldwide each year. The great majority of individuals experiencing MVC are not severely injured, and either do not seek emergency care, or if they do seek care are discharged home after evaluation. However, chronic pain after MVC is a common and costly health problem in industrialised nations.[6,7] The causes of chronic pain development after MVC remain poorly understood.

Our study, which was funded by the National Institutes of Health (R01 AR056328), enrolled 948 European American individuals who presented to US emergency care centers in four US states for evaluation after MVC. Patients were enrolled at the time of their presentation for emergency care, and then received follow-up evaluation at 6 weeks, 6 months, and 12 months. Retention rates were good, with about 90% of participants followed up at each time point. Blood samples for genetic analyses were also obtained from study participants at the time of emergency department evaluation.

Information regarding each study participant’s neighborhood environment was determined by geocoding their home address to a small geographic area known as a “census tract”. A census tract is the smallest territorial unit for which population data are available in the US. Each census tract represents an area of relative homogeneity in the living and economic conditions of its inhabitants. Census tract data was then used to determine nSES, using a measure called the socioeconomic position index, which generates a nSES score by averaging scores of the following measures: percent unemployed, percent below the US poverty line, percent with high school education or less, percent expensive homes (owner-occupied homes worth ≥ $300,000) in the neighborhood, and median household income.[8]

After adjusting for individual-level factors including participant sex, age, highest level of educational attainment, family income, and employment status, we found that living in a more disadvantaged area (lower quartile of nSES) resulted in an increased pain burden six weeks and six months after MVC. These results remained significant after adjustment for receiving opioids at the time of emergency care, litigation status, obesity (body mass index), at-risk drinking habits prior to the MVC, and mental health status prior to the MVC. We also found that living in a more disadvantaged neighborhood increased the amount of interference an individual experienced from pain across all time points.

There are many ways that living in a lower nSES might increase pain across time after MVC, and we wanted to understand more about how lower nSES was causing worse pain outcomes. Specifically, we wanted to evaluate whether the known influence of low nSES on stress system function might play a role. To do this, we examined for a potential interaction between a study participant’s nSES and the presence or absence of a genetic variant that is known to make one more vulnerable to the effect of stress. If those with this genetic vulnerability factor were particularly vulnerable to the influence of low nSES on chronic pain burden, then this would suggest that low nSES was causing worse pain outcomes via its affect on stress system function. Indeed, this is what we found: a genetic vulnerability factor influencing stress system function moderated the effect of low nSES on chronic pain outcomes. 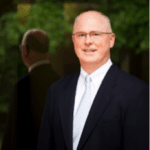