Leprosy and Pain: an Old Disease with a New Challenge

Home / Leprosy and Pain: an Old Disease with a New Challenge 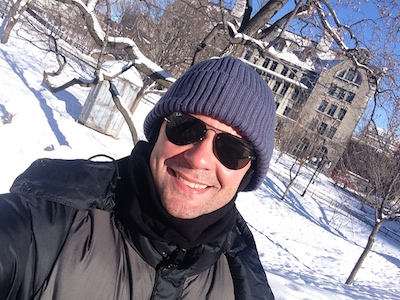 Perhaps you have already heard about leprosy in the past. Despite major efforts to eradicate leprosy, this infection still affects 250,000 new individuals per year [1]. The mode of transmission of leprosy is probably person to person through nasal secretions from untreated patients. The disease is well known because of the biblical stories and it was also immortalised via disfigured images from 20th century leper colonies. During this period, any person with skin diseases (i.e. psoriasis, pemphigus or even leprosy) was confined to leper colonies and had to use leper bells as a warning. Terrifying disfigurement, missing limbs and dense scarring were the consequences of contracting leprosy.

Prevalence has fallen substantially in last decades. However, leprosy remains a public health problem in developing countries such as India and Brazil. Leprosy can be defined as a chronic infection caused by Mycobacterium leprae principally affecting the skin and peripheral nerves. The most important development in leprosy control was the introduction of multidrug therapy (MDT) in 1982 following the recommendations of a WHO Study Group on Chemotherapy of Leprosy for Control Programmes. The recommended duration of MDT can range from 6 months to 12 months, and these regimens will eradicate M leprae in most patients [2].

The type of leprosy that patients develop is determined by the host immune response. M. leprae shows a unique tropism for Schwann cells and can cause myelin destruction, leading to neuronal degeneration, and nerve dysfunction that continues after completed of MDT. In clinical practice the most commonly involved nerves are the ulnar, median, radial, peroneal, tibial and facial. Nerve damage in leprosy leads to motor, sensory and autonomic alterations and contributes to deformities (claw hands, drop foot) and secondary disabilities (plantar ulcers, contractures of fingers and toes).

Since leprosy causes severe sensory loss, scant attention has been paid to pain in leprosy, because of the assumption that pain could not occur in these patients. However, chronic pain in leprosy emerges as a challenge during or after MDT. Different pathogenetic mechanisms behind neuropathic pain in leprosy have been suggested, such as inflammatory response on peripheral nerves (neuritis), nerve hypertrophy, entrapment and fibrosis, peripheral and central sensitisation.

The consumption of medications by leprosy patients is often high. In the study of Segasothy et al. [3] regarding analgesic consumption by 235 leprosy patients, the authors found that in 46 (19.5%) patients the total mean intake had been more than 2kg of analgesic preparation and the duration of intake ranged from 2 to more than 20 years. Corticosteroids, especially prednisolone, are commonly used for treating nerve damage in leprosy. They work by controlling the acute inflammation and relieving the pain. Long-term therapy can cause serious adverse effects and a considerable proportion of people treated for nerve damage do not benefit from corticosteroid treatment. Haroun et al. [4] found that prednisone treatment was prescribed in 14 (36%), 23 (59%), and 2 (5%) leprosy patients with no pain, nociceptive pain, and neuropathic pain, respectively.

Leprosy is a stigmatising disease. It is noteworthy that psychological aspects play an important role in the setting and perpetuation of pain. In leprosy patients, depression, anxiety and social exclusion might contribute to the increased or sustained chronic pain condition. In a recent study of our group we found that leprosy patients with chronic neuropathic pain who were also found to have high psychological distress levels had higher pain intensity and a poorer quality of life [5]. Therefore, an appropriate assessment of leprosy-affected individuals suffering from chronic pain must also evaluate the core factors of pain and disability: pain description, affective distress, support, positive coping strategies, negative coping strategies and activity.

The prevention of nerve damage in leprosy is considered an important priority to prevent disabilities. However, the WHO currently disability classification for leprosy patients considers sensory-motor alterations but does not include pain as a disabling condition. It is important that chronic pain, whether neuropathic or not, is considered an “invisible” disability since it causes suffering and disability for many leprosy patients even many years after MDT. 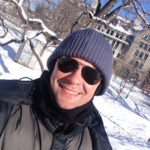