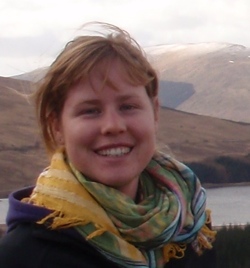 Many of you may be aware of the process for making left/right judgments of hands. For those who aren’t, I’ll try to sum it up in brief. When trying to identify whether a picture of a hand is a left hand or a right, it’s thought that we access the cortical maps of our hands. The process is as follows; we pick a hand that we subconsciously think it is, then we use these cortical maps to mentally rotate our ‘chosen’ hand (from the current position of your real hand), to match that of the hand in the picture. If the mentally rotated hand matches the hand in the image, whoopee – we select it as a response. If it doesn’t match, we rerun the process again but for the other hand (Parsons, 2001). Make sense? You can give it a go for yourself on Recognise© (www.noigroup.com). These nifty experiments have also been tried in the feet (Parsons, 1987), knees (Stanton, Lin et al. 2012), back (Bray and Moseley 2011), and more recently, we established normative responses in the neck (Wallwork, Butler et al. 2013).

In this very recently published paper (Wallwork, Butler et al. 2013), we looked at making left/right judgments of neck rotation. That’s right, we took eager participants (worldwide) on a rollercoaster journey of turning themself into all sorts of orientations to try and work out whether the people in the images they were looking at, had their head turned to their left or to their right. The rollercoaster part refers to the orientation of the images; we had images of people that were either rotated on their sides, upside down, or up the right way. We found that, in people without neck pain, it took people an average of 1.6 seconds to respond, and were correct about 92% of the time. Not too shabby really. Looking further, we found that people took the longest to respond to images that were upside-down, and fastest at images not rotated at all. What I found particularly interesting, was that people were slower and less accurate at responding to images that were rotated 90° anti-clockwise than they were to images that were rotated 90° clockwise. Why should this be different?? We hypothesised that perhaps people have a greater movement memory for some movements over others, and perhaps we have a greater movement memory for orientating oneself 90° clockwise than we do for 90° anti-clockwise. Other examples of this includes; people have differences in hand and foot dominance (Hammond 1995), eye and ear preferences (Porac and Cohen 1976, Putnam 1996) respectively), even preferences in head tilt when kissing(!) (Gunturkun, 2003), and side preferences when holding babies (Harris and Fitzgerald 1985). Who would have thought?!

Importantly, that people were slowest at responding to images that were in the upside-down orientation than they were at images rotated on their side, and fastest at images in an upright orientation, suggests to us that people probably do undergo a rollercoaster journey of turning themselves into the orientation of the image, before making the judgment of whether the person has their head turned to their left or right.

What this paper gives us is normative responses for making left/right neck rotation judgments. For those who have been using this tool with their patients, we now have baseline figures for this task. It also tells us that it is ‘normal’ for older people to be slower than younger, for females to be slower than males, and left-handed people to be slower than their right-handed friends. Accuracy also reduces as we age, but doesn’t seem to be different in males and females or in left-handed and right-handed people. See Wallwork et al (2013) for more info on this (and go here to download the complete paper). 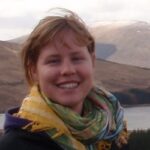 Sarah is working on her PhD at BiM Adelaide.  Her interest is in defensive bodily space. She is also working part-time as a physio. Sarah finished an Honours thesis in normative left/right neck rotation judgments in 2010 and also worked as a part-time research assistant here at BiM in 2012. Now she has started her PhD it seems that Sarah just can’t get enough of this place! She absolutely loves anything outdoorsy, from rock climbing to kayaking, and cops a lot from her fellow BiMers about her outdoor gear and habits.