Learn something novel every decade

Home / Learn something novel every decade 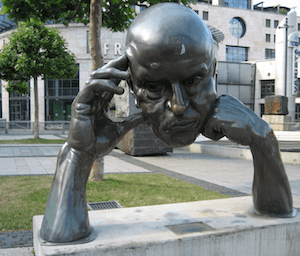 Newly edited we first published this blog post in 2010 just after the new year, now the text is freely available (see reference at the end of the post).  This is another in our golden oldies series.

Further evidence to suggest we should learn something novel every decade

I remember sitting my folks down and sternly counselling them to make sure they learnt a completely novel skill once per decade, to ensure that their brain doesn’t turn to mush.  There is plenty of evidence to support such advice (well, aside from the ‘mush’ bit), but here is a new finding that adds to that evidence, with a whole new level of detail.

Xu et al from the Universities of Santa Cruz and Texas, in the USA, did an experiment with one month old mice.  They taught the mice a task and then imaged their brains, at the level of individual dendrites. They showed that, within ONE HOUR of the training session, the mice who did well at the task (that is, had learnt it to some extent), had an increase in dendritic spines of about 10%.  That is, the brain had undergone structural as well as functional changes. How cool is that?! One training session.  What’s more, about 50% of the new spines were still there two weeks later and, for mice training for 16 days, 40% of the new spines were still there three months later.  The authors conclude, and as far as I can tell it is a sensible conclusion,

Finally, they conclude their abstract, which is the bit that is meant to make the reader think this paper truly deserves its place in Nature, with this:

Of course, this study was done in mice. Surely, however, it lays the way for renewed attention to motor training in humans.  In the wake of the Christmas/New Year DigestionFest, it is nice to have some food this time for thought.

Novel motor skills are learned through repetitive practice and, once acquired, persist long after training stops. Earlier studies have shown that such learning induces an increase in the efficacy of synapses in the primary motor cortex, the persistence of which is associated with retention of the task. However, how motor learning affects neuronal circuitry at the level of individual synapses and how long-lasting memory is structurally encoded in the intact brain remain unknown. Here we show that synaptic connections in the living mouse brain rapidly respond to motor-skill learning and permanently rewire Training in a forelimb reaching task leads to rapid (within an hour) formation of postsynaptic dendritic spines on the output pyramidal neurons in the contralateral motor cortex. Although selective elimination of spines that existed before training gradually returns the overall spine density back to the original level, the new spines induced during learning are preferentially stabilized during subsequent training and endure long after training stops. Furthermore, we show that different motor skills are encoded by different sets of synapses. Practice of novel, but not previously learned, tasks further promotes dendritic spine formation in adulthood. Our findings reveal that rapid, but long-lasting, synaptic reorganization is closely associated with motor learning. The data also suggest that stabilized neuronal connections are the foundation of durable motor memory