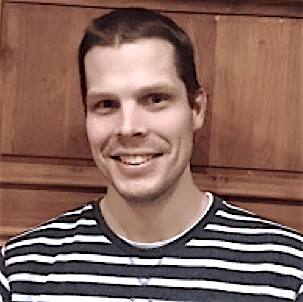 Lately more and more research has indicated changes in cortical processing and disruptions of bodily representations in patients with low back pain (LBP). Among these findings, which have also been noted with other painful conditions, is impaired performance in laterality judgments [1,2]. While the exact relationship between LBP and laterality judgment is unknown it has been hypothesised to be associated with changes in motor output as well as sensory and body image disturbances found in LBP. Recently Bowering et al. [2] found that participants with both previous and current back pain were the least accurate in judging laterality and that there were large within group differences among people currently experiencing their first episode of LBP. This led them to suggest that, in a subset of those who experience LBP, impairments of laterality judgments could indicate an increased risk of recurrent back pain.

Intrigued by these findings and their potential implications for clinical practice we designed our study with two main purposes [3]. Firstly, we wanted to see if we could replicate the findings of impaired performance in people with LBP and secondly we wanted to see if the participants’ results were consistent when tests were repeated at home compared to a clinical setting. As it was likely a number of LBP participants would also have leg pain we decided to test foot laterality performance as well to see if these were impacted.

We asked 30 people currently experiencing LBP that had lasted for at least 6 weeks (average was 3 years) along with 30 controls to perform laterality tests of the back and feet. For this we used the Recognise OnlineTM program (www.noigroup.com/recognise). Participants completed the task once in the clinic and then twice at home unsupervised.

We hypothesised that, as in previous studies, the LBP group would have worse performance than controls regarding identifying back positions and that those with concurrent leg pain would have trouble identifying the corresponding foot. Somewhat surprisingly, however, we found no impairments of either leg or back laterality judgments in the LBP group compared to controls.

The average accuracy in identifying back position for the group with back pain was 89% while controls averaged 87% for accuracy and the 15 participants who had concurrent leg pain were 92% accurate in telling a right foot from a left compared to 91% for controls. Reaction times were also closely matched between the LBP group and controls with no differences nearing statistical significance (p>0.3 for all measures). Within the LBP group we found a significant negative association (p=0.02) between pain intensity and performance (that is, those with higher pain intensity were less accurate in identifying back positions than those with pain of lower intensity). When dividing the LBP group into ”high” and ”low” pain intensity however the ” high” intensity participants performed on par with controls and the ”low” intensity participants were actually more accurate than controls. We did not see this correlation between pain intensity and performance in the foot laterality task.

In both groups performance improved significantly between both the first and second test occasions, and then again between the second and third test sessions.

So what to make of this? Well for one thing, it appears simply performing the laterality task led to rapid improvements in performance that we doubt could be attributed to improved cortical representation. A recent study by Viswanathan [4] suggested that performance in a hand laterality task depends to a large extent on the individual´s ability to identify key features similar between their own hand and the hand being judged. Were the rapid improvements we saw perhaps due to participants learning what to look for? In any case it should be taken into account if you´re using laterality tasks for evaluation of a training program or other intervention.

Several previous studies have found a relationship between impaired laterality judgments and pain and there is some support for its impact on motor performance [5]. We are, however, not the first to report no impairments among people with pain as this has also been shown in those with neck pain [6,7]. It seems there is still a lot of work to be done to clarify just how laterality judgment relates to pain in general as well as to back pain specifically. We suggest assessing laterality judgments combined with motor, sensory and body image evaluations could be a way to further clarify their relationship with LBP. Research such as by Smart [8] has attempted to discriminate between different pain mechanisms in musculoskeletal pain conditions including LBP and perhaps this could help identify subgroups in which these impairments are more likely to be a risk factor for persistence or recurrence. 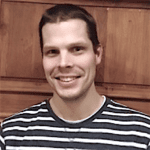 Martin is a physiotherapist working at Ystad Rehab Center in Sweden and recently earned his Masters degree at the University of Gothenburg. He is currently on the lookout for new projects and to convert his interest for clinical research into a PhD.