A lack of variability in people with pain? I’m intrigued…

Home / A lack of variability in people with pain? I’m intrigued… 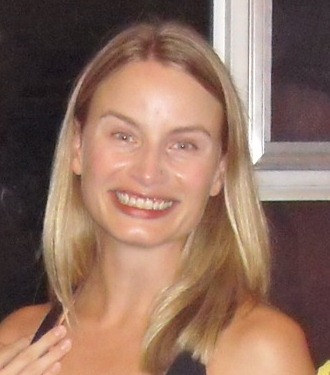 A recent paper by Falla and colleagues [1] evaluated back muscle activity (via electromyography) during a repetitive lifting task and compared two groups: a chronic/recurrent low back pain group and a healthy control group. What is unique about this study is that they evaluated back muscle activity using a grid of electrodes to characterise the distribution of activity over a large portion of the erector spinae musculature. Based on the finding that people with experimentally-induced back pain exhibit increased variability in the pattern of trunk muscle activation during slow trunk flexion/extension movements (compared with no pain)[2] it is tempting to predict that by measuring more sites within an area, we might just see more variability.

It is fascinating, then, to consider the authors’ findings that during performance of the lifting task there was not increased variability in the distribution of muscle activity in people with back pain, but rather, decreased variability over time compared with healthy controls. While tempting to speculate that this reduced variability might be a result of group averaging, post-hoc comparisons of individual participant data generally support the findings.

And these were the findings: in healthy controls, the main location of back muscle activity shifted in a caudal direction over time. That is, during repetitive lifting, the EMG root mean square (a measure of the amplitude or magnitude of muscle activity) progressively increased over time in the caudal region of the lumbar spine erector spinae musculature. Additionally, the EMG centroid (a value [x,y coordinates] that is calculated by considering muscle activity from all electrodes and thus provides a location that is representative of overall muscle activity) also shifted caudally over time. Together these findings demonstrate a shift in the distribution of muscle activity during repetitive lifting. However, in people with back pain, while EMG amplitude increased over time (suggesting increased activity in the same region of the back muscles over time), the distribution of muscle activity remained the same. The authors suggest that these findings might show a maladaptive response (ie, lack of variability) in people with low back pain when performing repetitive tasks.

The paper does an excellent job of discussing the peripheral mechanisms that may account for these changes (or lack of changes) in muscle activity in people with back pain. Now I am not for one minute disputing that peripheral factors influence muscle activity – of course they do and the existence of entire fields of research to study these properties pay testament to that. However, I am suggesting that what we know about motor cortical neuroplasticity would be relevant to consider in interpreting these findings.

First, there is evidence to suggest that pain alters the excitability of the motor cortex. For example, functional magnetic resonance imaging studies have found a transient increase, followed by a prolonged reduction of contralateral motor cortex signal intensity during pain induced by injection of the masseter muscle with hypertonic saline but not when the muscle is injected with isotonic saline.[3]

Now the relationship between ongoing pain and motor cortex excitability is complex[5], but what the general findings suggest is that the inherent capability to learn new motor patterns or strategies may be reduced in people with pain. Thus in situations where peripheral muscular fatigue occurs, the lack of variability in cortical activation patterns may be incredibly important.

I commend the authors on a very interesting and well-written study and merely wonder in the background, is reduced variability in distribution of muscle activation suggestive of being ‘stuck in a motor groove’ cortically and if so, how might we best target this in treatment?

Tasha Stanton is a postdoctoral research fellow working with the Body in Mind Research Group in Adelaide at University of South Australia as well as in Sydney (at Neuroscience Research Australia). Tash has done a bit of hopping around in her career, from studying physio in her undergrad, to spinal biomechanics in her Master’s, to clinical epidemiology in her PhD, and now to clinical neuroscience in her postdocs. Amazingly, there has been a common thread through all this hopping and that common thread is pain. What is pain? Why do we have it? And why doesn’t it go away?

Tasha got herself one of the very competitive NHMRC early career fellowships and is well on the way to establishing her own line of very interesting investigations.  Her research interests lie in understanding the neuroscience behind pain and its clinical implications. She also really likes nifty experiments that may have no clinical value yet, but whose coolness factor tops the charts. Last, Tash is a bit mad about running, enjoying a good red with friends and organizing theme parties. Tasha, aka Stanton Deliver, was the all round best performer at the Inaugural BiM Table Tennis Comp. Here is Tasha talking more about what she does and a link to her published research.