It worked before but now it doesn’t? Graded Motor Imagery in Clinical Practice

Home / It worked before but now it doesn’t? Graded Motor Imagery in Clinical Practice 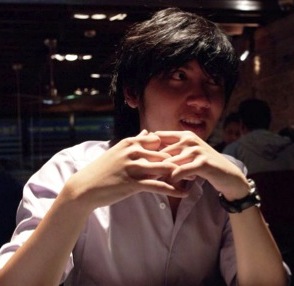 While pain may be a universal experience, one experience that can often plague and frustrate everyone is that time when something works one moment but then all of a sudden doesn’t work the next. If you’ve ever had the pleasure of experiencing this you’ll find that it applies to many things in life whether it be the temperamental office photocopying machine or in my case a very battered TV remote. In these moments after the initial bout of frustration we usually go through a complex process of problem solving for possible solutions and inevitably we usually pick one of two options: 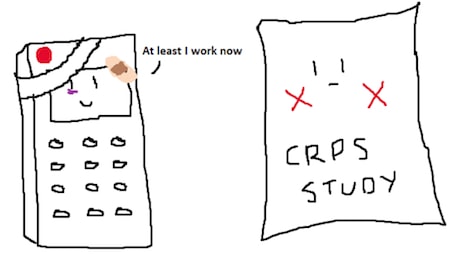 I find that this concept of ‘something works one moment and doesn’t the next” is one that often comes up for researchers when we do experiments. We base our methods on a very solid foundation and expect that things will work out but in the end they just come short of that magic  P<0.05 score.

Recently I came across a paper by Johnson and colleagues published in the European Journal of Pain [1] that very much echoed the “something works, then doesn’t moment” sentiment. In this article, the authors investigated whether or not Graded Motor Imagery (GMI) could be used in a clinical setting as an effective treatment for CRPS by taking an audit of patients who underwent treatment over a 6-week period from two hospitals under the supervision of specialist CRPS clinicians.

Our current understanding is that cortical reorganisation within the somatosensory cortex may be the contributing factor to the distinct motor and sensory impairments in patients with CRPS [2] with the amount of reorganisation correlating with the severity of symptoms [3]. As a result, therapies such as the mirror box and limb laterality recognition when used in a sequence have been shown to curb these plastic changes in chronic CRPS [4, 5]. The authors applied GMI principles in a clinical setting and found that their results strongly contrasted with those from the RCTs [4, 5]. Unlike the RCTs, there appeared to be no improvements in average pain intensity with only about 3 out of 32 patients reporting a 50% or more improvement in symptoms and even more surprisingly for 17 out of 32 patients, pain intensities worsened or remained stable.

In this case rather than ‘hitting’ the study till it worked, the authors reviewed the facts of the study and highlight one of the main issues of “when something works, then doesn’t” in research; it is often difficult to translate what we do experimentally into clinical practice. In fact if we compare the protocols between the present study and those of the RCTs we find a clue that might account for the large difference between the results. To produce any persistent neuroplastic change, a key element is repetition and practice.  In the GMI RCTs [4, 5] patients had daily contact with the therapists whereas in the Johnson study the patients had considerably less contact (every 2-4 weeks).   This is likely to have led to lower rates of practice regimes and compliance. In addition, unlike the RCTs where participants practiced 3 times every hour, on the hour, under supervision, practice times for patients in the Johnson study were much lower given that a large number of patients were involved in the study and it was not practical to ask them to come attend therapy sessions for 6 hours a day and practice as often.

So while GMI may possibly be effective under certain conditions described in the RCTs we should keep in mind that in order to maximise effectiveness in a clinical setting we first need to address a way to adapt the experimental method so that it becomes something that works in clinical practice. Hopefully what needs to be done is as simple as changing the batteries on a very battered looking remote. 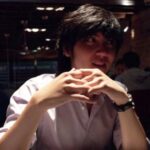 Simon is the resident newbie of the BiM research group at NeuRA. His current honours project is investigating the effects of exercise induced muscle pain and movement restriction on sensory and perceptual function. With a background in Exercise Physiology and love for all things neuroscience related, his talents also lie in interpretive illustration and an encyclopaedic knowledge of Sydney’s best eateries. Simon hopes to one day in the far future after finishing a medical degree return to research as a bow tie wearing doctor although is more than happy to forego the bow tie and figure out the mysteries of the brain instead.

[4] Moseley, G.L. (2005). Is successful rehabilitation of complex regional pain syndrome due to sustained attention to the affected limb? A randomied clinical trial. Pain, 114, 54-61