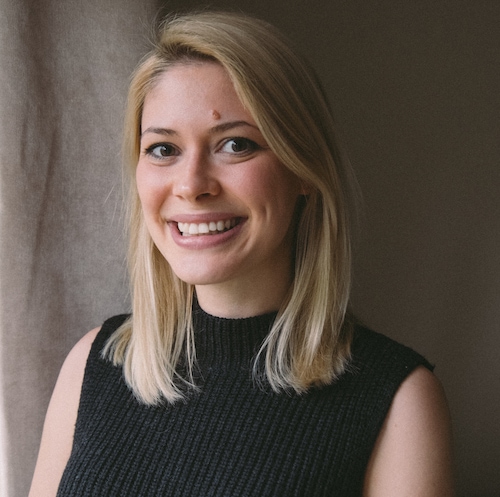 Children and young people often complain about pain such as headaches, stomach aches, and muscle pain. However, as with adults, there is huge variability in how frequently the pains are experienced, how intensely they are felt, and how much control individuals have over the pain, to prevent it from being overwhelming and affecting everyday life. In a minority of children and young people, the pain can be chronic and so intense that there are huge costs for everyday life – impinging on things we normally take for granted such as going to school, socialising with friends, etc. With such devastating effects, it is clearly a priority for scientists to identify which factors can influence the pain experience, and in turn whether these factors can be modified to make the pain experience more manageable.

Our research focuses on psychological factors. There is now a strong consensus that although pain typically arises because of injury or tissue damage (though sometimes there is no obvious physical basis), the frequency, intensity and interfering nature of the pain is often not easily explained by these physical ‘causes’ or origins of pain. Instead, psychological factors do seem to affect pain experiences. For example, people who dwell on pain, who worry and catastrophise about its presence and consequences, often suffer the most from the chronicity of pain and its interfering nature. Similarly and perhaps less obviously, the way that people’s attention is automatically captured by potentially painful situations is also thought to affect the pain experience. These findings are important because we can try to do something about changing styles of thinking or attention, using psychological techniques.

Another psychological factor that has been found to be important in the pain experience in adults is called interpretational style. Interpretational style is the way that we think about the meaning (either the causes or the consequences) of an event – especially events that are ambiguous, those where the causes or consequences are uncertain. Imagine this scenario: you are walking and suddenly trip over, falling onto the floor. Your trouser leg now feels damp. Is your first thought that you have scraped your leg and the dampness you feel is blood, or rather that there is a puddle on the floor, and the dampness you feel is water? The first of those interpretations is a threatening or negative interpretation, whereas the second is a non-threatening or benign interpretation. Research has found that the more adults tend to select negative or threatening interpretations of such ambiguous scenarios, the more likely they are to report intense, frequent and interfering pain experiences, with the most negative interpretations characterising those with chronic pain conditions (pain that does not go away after 3 months and which exacts a huge toll on the person’s life).

Assessing whether such interpretative styles play a role in the pain experiences of children and young people had not yet been done. In our research, we developed a new tool to measure the degree to which children and young people from the community seemed to favour negative rather than benign interpretations of such ambiguous, uncertain situations – and whether this tendency was linked to their experience of pain in the last 3 months. We presented participants with various hypothetical scenarios including the one we described earlier, taking particular care to devise scenarios that resembled situations in everyday teenage life. As well as using scenarios about bodily sensations, bodily harm, or health (that we thought might be more linked to pain experiences), we also chose some scenarios that were about social relationships and or exchanges – but which were also ambiguous. An example might be someone not returning a friendly gesture such as a wave, and whether this was interpreted in a negative manner (being ostracised) or benignly (the person not actually seeing the wave). What we found was that the more adolescents reported intense/frequent/disabling pain, the more likely they were to rate all scenarios in threatening ways, and the less likely they were to rate benign explanations and outcomes as likely.

The next step in our research is to investigate whether these more negative styles of interpretation characterise paediatric chronic pain patients – and whether these psychological factors can actually explain the degree to which pain experiences are overwhelming and interfering. If they do explain pain-linked interference, the next steps will investigate whether these factors can be changed through therapy, and if these changes can help reduce the negative impact of pain on young patients’ lives – allowing these children and young people to reach their full potential. 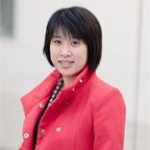 Jennifer is a Reader (Associate Professor) in Developmental Psychopathology at the Institute of Psychiatry, Psychology and Neuroscience (IoPPN, King’s College London), and also the director of the Researching Emotional Disorders and Development Lab. She completed her Bachelors in Psychology at University College London. Although, like many Psychology graduates, she was intent on pursuing a career in Clinical Psychology, her year-long role as an Assistant Psychologist at Great Ormond Street and Institute of Child Health introduced her to the world of scientific research and discovery. This led her to pursue a doctorate at the Social, Genetic and Developmental Psychiatry Centre at the IoPPN, and later, a brief post-doctoral visiting fellowship at the National Institute of Mental Health in the US. She was appointed to her first faculty position at the University of Oxford in 2007. After 6 years at Oxford, she decided to return to London, to the IoPPN. Her research has investigated the genetic and environmental basis of child and adolescent anxiety and depression, as well as how these factors interact to influence neurocognitive functioning. More recently, she has extended this line of research to conditions that co-occur with anxiety and mood problems, such as chronic pain. 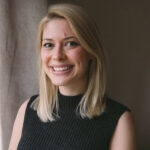 Lauren is a final year PhD student in Experimental Psychology at the University of Oxford, England. She received her bachelors in Experimental Psychology from the University of Sussex in 2010, and moved to Oxford to complete a Masters in Psychological Research in 2011. Lauren’s programme of research seeks to examine the role of cognitive and emotional factors in adolescent pain. She uses experimental methods to study pain in healthy adolescents and young people with chronic pain, and is now extending this work to study pain in childhood cancer survivors. Lauren is supported by a Research Training Fellowship from the UK charity Action Medical Research for Children.
Alongside her research, Lauren’s second love is travelling and meeting new people around the world. She will begin a postdoctoral position at Stanford University later this year.