Interoception and pain – is it better to be ignorant?

Home / Interoception and pain – is it better to be ignorant? 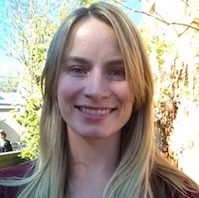 I just read a fascinating paper by Pollatos and colleagues[1] in a recent issue of Pain. This paper evaluated the relationship between interoception (ie, the ability to consciously perceive signals from the body) and pain perception. This study was based on the theory that emotive stimuli initiate changes in physiological and bodily processes and that it is the perception of these reactions that defines the emotional component of that experience.[2] As pain is arguably made up of both sensory and emotional components, the authors were interested in the relationship between pain and the ability to perceive physiological changes.

Interestingly, high IS participants had lower pain threshold and tolerance scores than low IS participants and they also rated threshold level stimuli as significantly more unpleasant. High IS participants also had greater increases in HR during the pain assessments and more autonomic reactivity (ie, greater decrease in parasympathetic function; greater increase in sympathetic influence on sympathovagal balance). Sympathovagal balance was positively correlated with IS level (ie, the better you are at perceiving HR, the greater the increase in sympathetic function in response to pain). Last, regression analyses demonstrated that IS level was the main factor that explained variability in pain threshold and tolerance. This led the authors to conclude that “better detection of internal signals and evoked bodily changes seems to increase pain perception for pressure pain”. That autonomic reactivity (ie, change in sympathovagal balance) was not significant in the regression analysis (outcome pain tolerance) was used by the authors to suggest that it is actually interoceptive sensitivity that is the key to guiding one’s individual responses to noxious stimuli.

I wondered about the alternative conclusion – that people who have heightened bodily responses to painful stimuli are better able to detect bodily responses in general.  Is it not possible that people who find pressure stimuli more painful have greater physiological responses to noxious stimuli in general (ie, greater changes in sympathetic function and thus heart rate)? And if they have greater changes in heart rate to noxious stimuli in general, would that not be easier to detect and wouldn’t they get good at it (ie, high initial IS)? What if autonomic reactivity (ie, how sensitive your ‘system’ is to stimuli) was the most important factor to guide response to noxious stimuli (ie, pain tolerance and unpleasantness)?

So I thought for sure that interoceptive sensitivity would actually be a mediator of the relationship between autonomic reactivity and pain threshold. Just a bit of background: in order to be a mediator, four things must be present.[3]

1) There must be a relationship between the potential mediator (interoceptive sensitivity) and the outcome of interest (pain tolerance), when the independent variable (autonomic sensitivity) is controlled for. Yes there was!

2) There must also be a relationship between the mediator (IS) and the independent variable (autonomic sensitivity). Yes there was!

4) There must be a relationship between the independent variable (autonomic sensitivity) and the outcome of interest (pain tolerance). But there wasn’t! 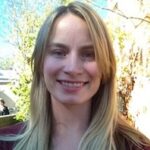 Here is Tasha talking more about what she does and a link to her published research.