In the mind or in the brain? Central sensitization in chronic fatigue syndrome

Home / In the mind or in the brain? Central sensitization in chronic fatigue syndrome 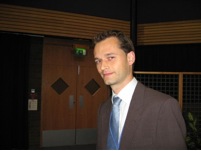 Do you recall patients complaining of hypersensitivity to light, sound, cold, stress or mechanical pressure (e.g. jewellery on the neck)? This often relates to hypersensitivity of the central nervous system, a mechanism referred to as central sensitization. Brain orchestrated inhibitory mechanisms no longer work properly, while the brain activates descending fascilatory pathways. It’s like driving a Ferrari without brakes.

Central sensitization is frequently present in a variety of chronic disorders like fibromyalgia, chronic whiplash associated disorders, osteoarthritis, irritable bowel syndrome and some cases of chronic low back pain. In the late nineties, it was first hypothesized that chronic fatigue syndrome (CFS) is characterized by central sensitization as well.

Many people with CFS feel most comfortable attributing their illness to a disorder of the central nervous system, and this seems to be rational given the cluster of symptoms that occur in the illness. Symptoms like fatigue, non-refreshing sleep, concentration difficulties, impairments in short-term memory, sensitivity to variable stimuli like bright light and chemicals, a decreased load tolerance and widespread pain are suggestive of central nervous system involvement. 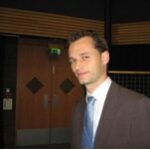 Jo Nijs holds a PhD in rehabilitation science and physiotherapy. He is a researcher and assistant professor at the Vrije Universiteit Brussel (Brussels, Belgium) and the Artesis University College Antwerp (Belgium), and he is a physiotherapist at the University Hospital Brussels. His research and clinical interests are patients with chronic unexplained pain/fatigue. He has (co-)authored more than 100 peer reviewed publications and served over 40 times as an invited speaker at national and international meetings.