Beware of your imaginary fish

Home / Beware of your imaginary fish 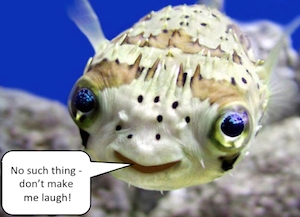 I must have been a very good boy last year because Santa brought me some lovely books. One of these was “Naming Nature” by Carol Kaesuk Yoon and it outlines the history of biological classification. A major theme in the book is the conflict between the evolving science of taxonomy (no pun intended) and how its findings conflict with our traditional view of the living world. You see while there are variations between cultures on how we classify the living world there are glaring universal similarities. It’s as if there is intuitive “right way” to classify living things (this has been called the “umwelt”. Show a fish to almost anyone in the world and you can be fairly confident that they will know it’s a fish. You just know it’s a fish. Because it’s fishy, right?

But as statistical and scientific progress ploughed forward it didn’t seem anymore that one could have a distinct category that was called “fish”. The fish category fell by the purist scientific wayside. And folk were not best pleased.

What I liked about this story is the example of science testing what appears to be the blindingly obvious and finding that it isn’t there. There are parallels in pain and clinical practice. The idea of back pain as a structural problem with a structural anatomic spinal cause cannot be validated in most cases.  It might of course be there but just not currently detectable but equally it might not. That is counter intuitive in the extreme, but there you are.

When you treat your patients and they get better much of the time it is obvious that you are doing good. As a patient when you experience improvement after a treatment it is clear to you that the treatment was a good one and you spread the word. It is intuitive, apparently self evident and extremely affirming and yet for some of our treatments the evidence tells us that we are achieving very little. In some instances we might be increasing the probability of a poorer outcome and yet we would never know it, never be able to tell, without good clinical trials. But when the trials suggest this our natural reaction, faced with findings that are so obviously at odds with what we have ”seen” and we therefore “know” is to find fault with the trials (of course all trials have their flaws and limitations).

There is nothing new in all of this and really I’m just banging a familiar drum but I thought it was a neat analogy. You have your own built in Occam’s razor, but the problem is that it is blunter than you think. We should be constantly vigilant to the idea that we all carry around with us heavy bags just brimming with fish. These fish are persuasive buggers, being so obviously real and smelly but some of them are impostors – just imaginary. So when hard but uncomfortable evidence comes along to challenge the existence of some of your fish, give consideration to lightening the load by chucking them out.

He is currently fighting his way through a PhD investigating chronic low back pain and cortically directed treatment approaches. He is particularly interested in low back pain, pain generally and the rigorous testing of treatments. He also tends to get all geeky over controlled trials.