It hurts. It’s in my genes. 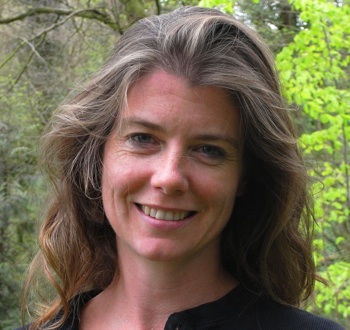 “Variability is the law of life, and as no two faces are the same, so no two bodies are alike, and no two individuals react alike and behave alike under the abnormal conditions which we know as disease.”

– William Osler On the Educational Value of the Medical Society, In Aequanimitas, p.331

As we know there have been any number of chronic pain syndromes identified but most people do not go on to develop chronic pain. What causes chronic pain in some people where others heal fine? Is this down to individual variability and, if so, is this caused by environmental factors or inherited (nature or nurture)? These are the questions that gave me the most pause for thought at the recent Word Congress for Pain.

The ponderings came about after listening to Jeff Mogil and Michael Costigan who were part of the workshop ‘Novel preclinical genetics of pain findings showing translation to humans’ (William Lariviere, Michael Costigan, Jeff Mogil, Roy Levitt).

Many genes are being identified as having a role in pain (for example [1]) and some researchers are looking at the heritability of developing a disease that is painful. The idea being that if we can find the genes that are relevant we might be able to get rid of this variability. The big But is that at the moment we don’t know how many genes might be relevant and once they are identified they then need to be assessed in humans – clearly a difficult task. Twin studies with QST techniques seem to be one of the keys here (although environmental concerns are also relevant, again is it genes or is it the environment that caused the change).

So, from looking at human associations researchers then try and figure out what is going on and test it in mice. Of course what happens in a mouse may not be happening in a human but much of this workshop was look at what is going on in animals and seeing how that translates to humans.

The presenters mentioned many new studies involving genes, channels, receptors in cell walls and signalling pathways which led me to wonder about the process of studying genes in the first place.  It seems it is a careful and painstaking task. In one particular experiment 294 potential genes were identified at the end of a chromosome and by a process of elimination these were whittled down to 12 genes on a smaller bit of chromosome, then 2 genes, and then one pain relevant gene was identified AVPR1A (which, for those that want to know, codes for the Vasopressin-1A receptor). This process took 12 years (and is involved in study [3] I believe).

While much of my focus is on ‘explaining pain and the brain’ I am aware that there is another side of research happening as slowly but surely pain-relevant genes are being identified and confirmed in mice and humans. Mogil showed that variability in pain sensitivity (even down to what sex you are[2][3]), susceptibility to developing chronic pain disorders and analgesic response is robust in humans and rodents.

What does this mean for the future? Is a cure for pain around the corner? Michael Costigan summarized beautifully.  Research currently is trying to correlate the behaviour of genes with sensitivity. Following on from that next steps are looking at how to:

The large total number of pain-relevant genes, their small individual effect size, and complicating interactions suggest that the process will take quite some time and that incorporation of genetic data into pain treatment is premature. 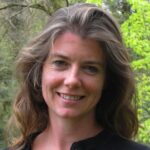