Expressing pain: which patients do we trust?

Home / Expressing pain: which patients do we trust? 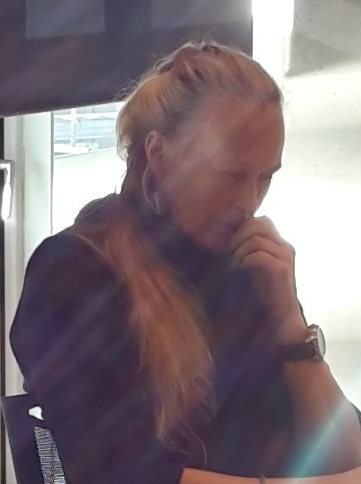 Trustworthiness is one of those instant judgements we automatically make about other people, affecting our behaviour towards them [1]. We wanted to know whether clinicians’ judgements of patients’ trustworthiness affected their estimation of patients’ pain [2]. There seem to be so many grounds on which the complaint and expression of pain is met with scepticism, or is discounted – being old, young, female, or from an ethnic minority, for starters – but also degree of attractiveness and likeability [3].

We used brief videos of male and female patients’ faces during a painful movement (a great resource annotated for pain by facial action coding [4]), selecting those with equivalent levels of pain expression but rated (by a panel of trainee clinical psychologists) at the higher and lower ends of trustworthiness. We embedded videos in an online study which we distributed to UK pain doctors and medical students in their clinical years, to vary extent of experience with treating pain. Each video (a randomly selected set across participants) had a brief vignette in the form of a referral letter that included a ‘back story’ on depression, but we were not confident that participants read it as we intended and understood depression either to precede pain onset or to follow it; we therefore did not analyse those data further.

We asked respondents to estimate pain for each video, to judge likelihood that the patient was exaggerating or minimising pain expression, and to rate options for treatment, from opioids to psychological referral. We quickly got responses from very experienced pain clinicians (predominantly male) but struggled to get enough from medical students (predominantly female) in their very busy clinical years.

There was no main effect of trustworthiness (rated by respondents consistently with our panel): the very marked main effect, shockingly, was of sex. Women’s pain was estimated almost 1 point in 10 lower than men’s, their expression was judged to be less authentic, and treatment recommendations involved fewer analgesics and more psychological treatment. I describe this gender effect as shocking, but it is consistent with very many studies that show that gender stereotypes are alive and well in pain medicine, with women’s pain more often discounted, disbelieved, and undertreated. However, this effect was largely produced by a strong interaction with trustworthiness: high trustworthy women were almost ‘honorary men’, while low trustworthy women (unlike low trustworthy men) were judged to have less pain and to be exaggerating it.

Although trustworthiness judgements were not related to pain estimates, they were related to the judged likelihood of exaggerating pain, and (retrospectively) this makes more sense than a direct relationship of trustworthiness with pain estimate. Curiously, though, even when men in the stimulus set were judged to be exaggerating pain, their pain was not discounted, while for women, the higher the estimate of likely exaggeration of the pain, the lower the pain estimate. This needs further testing to see if it is a robust effect, and exploration to see if it is a further expression of gender bias – men’s pain is real even if they hype it up a bit – or something else.

What do we think is useful about the study? We strongly recommend using meaningful pain, real patients, and moving rather than static expression as stimuli, as in these videos (available from Ken.Prkachin@unbc.ca). We learned not to try 3-way interactions (impossible to interpret), or to ask medical students to complete long surveys when they’re working all hours in demanding clinical settings.

More important, gender stereotypes pervade clinical care, whether the clinician is male or female. We should probably stop demonstrating the bias and start – as one of the authors, Ken Prkachin, has done in ethnic bias [6] – to try to find effective ways to counteract it. For this we should look outside the pain field. It is not a matter of education: lack of information is not the cause of gender bias. We need to find ways of challenging internalised gender stereotypes, and we need to grasp the implications of pain as a social communication [7], to enhance our empathy, and to listen to the patient in her or his context. 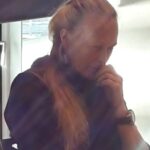 Amanda is an academic and clinical psychologist who has specialised in pain for thirty years; she now works at University College London, where she trains clinical psychologists, one of whom is the first author of this study. She also works clinically in the UCL Hospitals pain team, and in human rights. She is currently working on the evolution of pain behaviour, and how that behaviour is understood by others.