Is GDR effective in the treatment of chronic neck pain?

Home / Is GDR effective in the treatment of chronic neck pain? 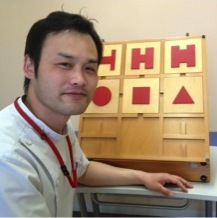 It was in 2005 that I came up with the idea of a “gaze direction recognition” (GDR) task as a possible treatment for chronic neck pain. At that time some of the rehabilitation patients visiting my rehabilitation department had suffered from neck pain for a long time because of cervical strain or previous cervical spine surgery. In those days, such patients were usually treated with physical therapy such as thermotherapy and traction. I asked myself if there was any better training method for such neck pain.

To begin with, I was inspired by the finding that the superior temporal sulcus – inferior parietal lobule – premotor cortex system is more strongly activated by observation of target-oriented actions than by simple observation of movements. I thus figured out a training program to have the patient observe sight line shifts which were target-oriented actions of the neck.

Additionally, at that time, a number of intervention studies of post-stroke hemiplegia were performed using exercise images, reporting efficacious results. Regarding chronic pain treatment, Dr Lorimer Moseley developed the Graded Motor Imagery Program, suggesting that intervention in exercise programs of the brain prior to real exercises might alleviate pain.[1]

Based on these findings I then developed “gaze direction recognition by observation from behind” as a task of simulating neck movements through their observation.

At Kio University graduate school I measured brain activity of the subject who was engaged in the task “recognition of gaze direction by observation from behind,” I found brain activity in the dorsolateral prefrontal area as well as premotor region as compared to simple observation, which was considered to reflect simulation activity of neck movement. Then I performed a small scale RCT to confirm that GDR alleviated chronic neck pain and improved the range of neck rotatory movement.[2] Chronic neck pain patients were found to have a longer correct reaction time of GDR than age- and gender-matched healthy people, suggesting these patients having difficulty with simulating neck movements.[3]

It is clear now that chronic pain patients have neurochemical, structural and functional changes in the brain. I would therefore like to study in future whether or not similar cerebral changes occur in chronic neck pain patients as well. When participants in RCT of GDR were individually analyzed for changes in the grade of pain, some were found to have worse pain in the beginning of the intervention. I now need to examine what RCT efficacy depends on. 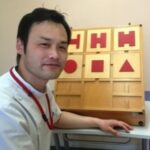