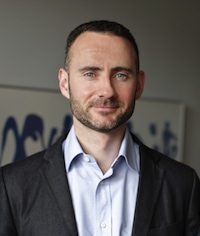 We have recently found that children exposed to family violence show the same pattern of activity in their brains as soldiers exposed to combat. This study, which can be downloaded from the journal Current Biology, included 43 children scanned using an fMRI scanner. 20 children who had been exposed to documented violence at home were compared with 23 matched peers who had not experienced family violence. The average age of the maltreated children was 12 years old. While in the scanner the children processed sad, calm or angry expressions.

This is the first functional MRI brain scan study to investigate the impact of physical abuse and domestic violence on children. We found that exposure to family violence was associated with increased brain activity in two specific brain areas (the anterior insula and the amygdala) when children viewed pictures of angry faces.

Previous fMRI studies that scanned the brains of soldiers exposed to violent combat situations have shown the same pattern of heightened activation in these two areas of the brain, which are associated with threat detection. We suggest that both maltreated children and soldiers may have adapted to be ‘hyper-aware’ of danger in their environment.

However, the anterior insula and amygdala are also areas of the brain implicated in anxiety disorders. Neural adaptation in these regions may help explain why children exposed to family violence are at greater risk of developing anxiety problems later in life. Indeed we are only now beginning to understand how child abuse influences functioning of the brain’s emotional systems. These findings provide our first clues as to how regions in the child’s brain may adapt to early experiences of abuse in the home.

What is striking is that all the children studied were healthy and none were suffering from a mental health problem. This means that exposure to family violence is associated with altered brain functioning in the absence of psychiatric symptoms and that these alterations may represent an underlying neural risk factor. Such changes may be adaptive for the child in the short term but may increase longer term risk. The next step for our research is to try and understand how stable these changes are. Not every child exposed to family violence will go on to develop a mental health problem; many bounce back and lead successful lives. We want to know much more about those mechanisms that help some children become resilient. 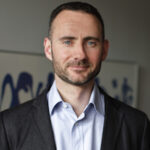 Dr Eamon McCrory PhD is a neuroscience researcher and consultant clinical psychologist based at University College London and at the Anna Freud Centre.

His work focuses on understanding the impact of childhood maltreatment and developing effective interventions to help children affected by experiences of abuse.