Are pain and disability associated with thoughts and feelings?

Home / Are pain and disability associated with thoughts and feelings? 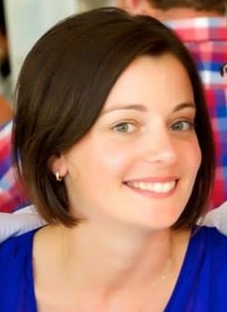 You have probably heard that a person’s psychological state (such as their mood, emotions, thoughts and beliefs) can influence the pain they experience and also how they respond to pain. In the past, lots of research has been conducted showing the influence of these psychological factors on pain amongst healthy volunteers (who sign up for pain experiments!), people undergoing medical procedures, or people with chronic pain conditions. A lot of the research has been done on people with low back pain, which has shown, in particular, that factors like depression, anxiety, and fear-of-movement influence levels of pain and disability. Clinicians who work with people in pain often apply these findings to treat people with other pain conditions, because not every painful condition has been studied.

In a recent study[1], we decided to investigate the relationships between psychological factors, pain and disability in both Complex Regional Pain Syndrome (CRPS) and low back pain, to see if the same relationships existed. We collected data from 88 patients with CRPS and 88 patients with low back pain who had been seen at a multidisciplinary pain service, asking them to rate their levels of pain, disability, depression, anxiety and fear-of-movement. The patient groups were matched for age, sex and pain duration, and the groups were roughly equivalent for these factors.

We compared the CRPS and low back pain patients to see if one group reported greater pain or were more disabled or distressed that the other. We found that the two patient groups were remarkably similar – their mean scores for pain, disability, depression, anxiety and fear-of-movement were virtually identical. We then looked at the strength of the relationships between a) disability and psychological factors and b) pain and psychological factors. We found that depression and disability were related, meaning that those who were more depressed were likely to be more disabled. This was true for both low back pain and CRPS patients, but the relationship was stronger for CRPS patients. For both groups, fear-of-movement was related to pain intensity, and for CRPS patients only, anxiety was also related to pain intensity. This means that for both groups, those who were fearful of movement reported higher pain levels, and for the CRPS patients, those who experienced more anxiety also reported higher pain levels.

What do these results mean? It was interesting that both the CRPS and low back pain patients shared similar scores on the psychological scales. There was a time when CRPS was stigmatized as a ‘psychogenic’ condition, but our results line up with lots of other research showing that the pattern of distress seen in CRPS patients is probably a normal response to having pain – the same as that experienced by low back pain patients. We thought that the most interesting finding was that for CRPS patients there were closer relationships between the psychological factors on the one hand and pain and disability on the other, than for low back pain patients. There might be several reasons for this. Research shows that for at least a proportion of CRPS patients, pain and symptoms are influenced by activity in the sympathetic nervous system[2]. The sympathetic nervous system is also responsible for the body’s stress (or anxiety) response, so it might be that for CRPS patients, anxiety activates the SNS response which in turn triggers an increase in pain. Also, we know that in CRPS, even thinking about moving can hurt and cause increased swelling[3], so it might be that the pain level in CRPS is particularly responsive to our psychological state at the time.

The study has some obvious limitations: It can’t show cause and effect, because we just took the measures at a single time-point, so the old question rears its head: which came first: the chicken or the egg? We don’t know if, for example, disability causes depression, or depression causes disability, or whether both influence each other (aka a vicious cycle). Also, the data were collected from a multidisciplinary pain clinic, where almost all patients have long-term pain problems (the mean pain duration for the participants was 3 ½ years), so the findings don’t necessarily apply to all people with low back pain or CRPS.

What are the implications for this research? Well, at present a lot of treatment effort goes into helping people in pain to avoid or get out of a vicious cycle of pain, disability and distress. This research suggests that such efforts are likely to be not only relevant for those with low back pain, but also those with CRPS. There is only one way to find out for sure though, and that will be through some good quality treatment trials. 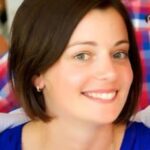 Debbie Bean is a Health Psychologist at The Auckland Regional Pain Service (TARPS) and is also part-way through completing her PhD at The University of Auckland.  She is currently involved in research designed to understand more about recovery from complex regional pain syndrome, the role of psychological factors in pain, and neuroplastic changes associated with pain.