What underlies fear for movement in people with low back pain?

Home / What underlies fear for movement in people with low back pain?

“I would never bend over to pick something up. I try to brace myself on any move. Because every time time it hurts I think that I’m doing more damage. Every time it hurts I think it is getting worse and I am breaking down, I am killing myself…” (John, a 42 year old school teacher who has experienced back pain for 2 years).

The Tampa Scale of Kinesiophobia (TSK) is a widely used tool to assess “fear of movement and physical activity that is (wrongfully) assumed to cause (re)injury” in people with low back pain (Vlaeyen et al. 1995). It is thought to comprise of two subscales (Clark et al. 1997). The Somatic Focus subscale describes the belief that pain is a sign of bodily harm. It includes items such as “My body is telling me I have something dangerously wrong”. The Activity Avoidance subscale describes the belief that activity may result in (re)injury or increased pain. It includes items such as “I am afraid that I might injure myself if I exercise”

High scores on the TSK (≥37/68) are used to identify candidates for fear reduction interventions, which target the belief that pain is a sign of damage. However these interventions have had modest results: some people respond well, others respond less well, and high drop out rates have been reported (Linton et al. 2008)

To better understand the construct of pain-related fear in people with chronic non-specific low back pain, and who score high on the TSK (>40/68), we conducted qualitative interviews with 36 individuals who met these criteria. Early in the interview process it became apparent that not all high scoring individuals were “fearful of movement and physical activity that they (wrongfully) assumed to cause (re)injury”. This raised the question ‘What construct does the TSK actually measure?’. We explored this in our recent publication in the Clinical Journal of Pain (Bunzli et al. 2014).

Through a process of ‘quantitization’ we then placed individuals into a ‘damage beliefs’ group or ‘suffering/functional loss beliefs’ group according to their predominant underlying belief, and then analysed associations between groups and itemized scores on the TSK.

We found that individuals in the ‘damage beliefs’ group agreed more significantly with items on the TSK- Somatic Focus subscale than individuals in the ‘suffering/functional loss beliefs’ group. This lends ‘construct validity’ to the TSK- Somatic Focus subscale. The TSK- Activity Avoidance subscale did not discriminate between groups, possibly due to the inclusion of the word ‘injure’ that was ambiguously interpreted by the two groups.

While the TSK may be a useful clinical tool to identify individuals who fear the consequences of painful activity, it does not seem to discriminate between these 2 beliefs. We think identifying people with these beliefs may be important for targeted interventions. We suggest that clinicians consider including simple questions in their clinical assessment of patients presenting with low back pain and high scores on the TSK such as:

Do you worry that performing a painful activity will cause damage to your spine?

Do you worry that performing a painful activity will impact on all the other things you need to get done in your day? 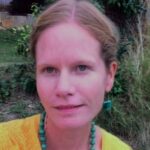 Sam worked for 10 years in musculoskeletal physiotherapy and is now a PhD Candidate at Curtin University conducting her research under the supervision of Professor Peter O’Sullivan and Dr Anne Smith. She likes talking to patients, likes transcribing less, no longer prefers tea to coffee, but is passionate about clinically orientated qualitative research.

Bunzli S, Smith A, Watkins R, Schütze R, & O’Sullivan P (2014). “What Do People who Score Highly on the Tampa Scale of Kinesiophobia Really Believe? A Mixed Methods Investigation in People with Chronic Non Specific Low Back Pain. The Clinical journal of pain PMID: 25167327