Neural underpinnings of fear of movement in chronic low back pain – what do we know now?

Home / Neural underpinnings of fear of movement in chronic low back pain – what do we know now? 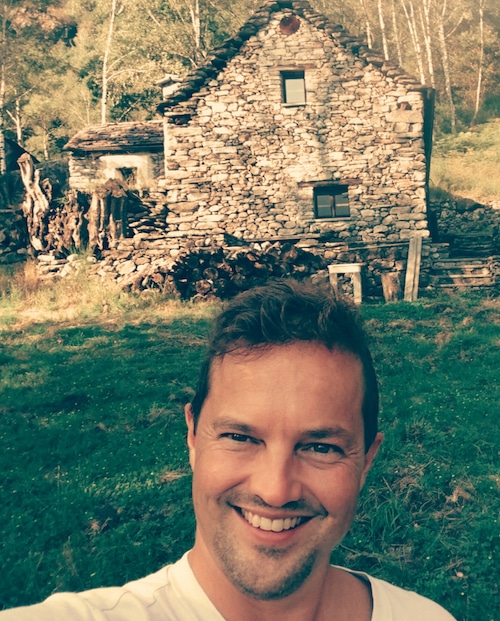 Manual therapists such as physical therapists or chiropractors observe that some patients with seemingly identical back pain problems recover within weeks while others develop chronic pain and disability. What does research tell us about this phenomenon? Past research has identified and verified that one of the strongest links to the maintenance (or even genesis) of chronic musculoskeletal pain is pain-related fear. Fear of pain or fear of movement (FOM) can trigger avoidance behaviour and exacerbation of pain [1-3]. Typically FOM is measured with questionnaires such as the Tampa Scale of Kinesiophobia (TSK).  The well-known “Fear-Avoidance Model” explains that individuals with heightened FOM catastrophize about their perceived pain, which leads to an avoidance or reduction of their daily activities that results in decreased functional capacity.  The biggest concern is that the patient may become trapped in a vicious circle of chronic disability and suffering. It is also known that exaggerated FOM can exist in the general «non-patient» population [4], possibly acquired by social learning through observation and instruction. One might speculate that these individuals exhibit a higher risk of chronicity. Although FOM has been identified as a significant prognostic factor for chronic low back pain, its related brain mechanisms remained ambiguous. I’m sure you would agree with me that in the current research era of brain-behaviour relationships, modern neuroimaging might complement existing knowledge, establish a more mechanistic understanding and in the best case scenario lead to better treatment options. Thus, in 2012, a well-conducted functional magnetic resonance imaging (fMRI) study investigated for the first time potentially differential neural functioning between healthy individuals and non-specific chronic low back pain patients with high- and low FOM [5]. The authors presented photographs of potentially aversive movements for the back while they focused on brain activity in the fear network. However, they did not find any difference in fear-related brain activity between groups. Consequently, these null results initiated a debate about the precise contribution of fear in the fear-avoidance model along with the methodology to elicit FOM [6].

In 2014, we developed a novel experimental paradigm where we presented short video clips of back-stressing movements during fMRI measurements. In doing so, we expected to experimentally trigger FOM associated brain responses. In the first study, we investigated 26 healthy and pain-free subjects with different levels of FOM severity that was assessed by a modified TSK questionnaire for the general population (TSK-G) [7]. The results revealed that pain-free individuals without a history of chronic pain episodes could be differentiated in amygdala activity and its connectivity to the pregenual anterior cingulate cortex by their FOM severity [8]. This led to the speculation that these brain markers might play a role in  the persistence of low back pain. But more importantly, it added further evidence for the need of greater public education in terms of erroneous beliefs regarding back pain and early psychological intervention of high FOM individuals during an acute back pain episode.

In a second study, we applied the same methodological approach to a sample of non-specific chronic low back pain patients [9]. We assessed individual FOM levels in both healthy controls (N = 20) and patients with chronic low back pain (N = 20). Here, we examined possible covariance of brain activity/connectivity with FOM severity. We expected that FOM differentially affects brain regions involved in fear processing in patients with chronic low back pain compared to pain-free individuals. First, by including both groups, results revealed that FOM positively correlated with activity in fear-related brain regions such as the insula and amygdala. Second, differential effects of FOM between pain-free subjects and patients were found in the dorsal amygdala and in its functional connectivity to the anterior insula. Thus, FOM in chronic low back pain seems to be depicted in a specific part of the amygdala, however, the fear-related function of this region remains elusive. It has been proposed that activation in more dorsal parts of the amygdala is associated with less fear stimulus specific activation, more akin to anxiety whereas stimulus specific fear is represented in more ventral parts. However, new research demonstrates that this assumption seems to be obsolete [10]. Further research is needed in this area.

Despite these encouraging results, we have to consider several aspects which limit the specificity of the presented brain-behaviour relationship. First, while the predictive power of FOM is now well established, the cyclical relationships suggested (pain à catastrophizing à pain-related fear à avoidance behaviour à disuse) lack  scientific substantiation and therefore a more comprehensive framework is proposed [11]. Second, more theoretical work on questionnaires assessing pain-related fear is mandatory as we still do not know exactly what we  are measuring (i.e. validity). In particular, the construct validity of the TSK questionnaire as well as others such as the Fear-Avoidance Beliefs questionnaire (FABQ) is weak [12]. The challenge that lies ahead is to enhance the construct validity of these commonly used  questionnaires including a new elaborated framework about pain-related fear. Therefore please note that these limitations may significantly influence the presented brain imaging results. In particular, inferring a psychological state such as fear from neuroimaging data relies on reverse inference (e.g. “fear induces brain activity in the amygdala, task X elicits/correlates with activation in the amygdala, therefore task X induces fear”). As such, the probability of a reverse inference being true is a function of the degree to which the brain area (amygdala) is exclusively activated by the proposed psychological state. As long as measures of pain-related fear remain ambiguous the related neuroimaging results have to be interpreted with caution. In the end, our neuroimaging results are merely correlational. To infer causality, further studies including more specific measures of pain-related fear and interventions such as exposed therapy are necessary. 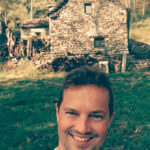 Michael L. Meier is a research fellow at the Department of Chiropractic Medicine, Interdisciplinary Spinal Research (ISR), Balgrist University Hospital and the Center of Dental Medicine, University of Zurich. After studying business informatics, he received his bachelor degree in Psychology from the University of Zurich and an MSc degree in Neuropsychology in 2008. In 2012 he obtained his Ph.D. in Cognitive Neurosciences at the University of Zurich. His research focuses primarily on supraspinal neural correlates of nociception, fear conditioning and the cortical sensorimotor representation and reorganisation of the spine in chronic back pain.