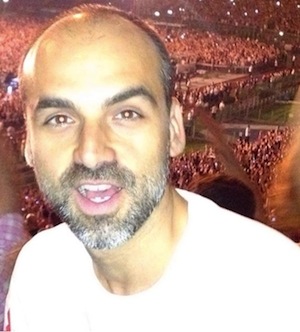 Cluster Headache (CH) represents one of the most excruciating pain experience any human being can describe. It is a rare primary headache disorder characterized by strictly unilateral pain attacks, lasting 15-180 minutes, occurring up to 8 times a day and accompanied by ipsilateral autonomic symptoms, including conjunctival injection, lacrimation, nasal congestion, etc., resulting from activation of the trigeminal nerve and craniofacial parasympathetic nerve fibers. Characteristically, this disorder shows a striking circadian rhythm of the pain attacks, a relapsing-remitting course and a seasonal recurrence of the cluster periods.

In view of the clinical presentation and of neuroendocrinological and structural neuroimaging evidences, the posterior hypothalamus has been supposed to play a major pathogenetic role. As the hypothalamus is part of an integrated neuronal network that diffusely project throughout the central nervous system to modulate in a top-down manner the pain processing at the trigeminal and spinal level, we hypothesized that during the active period of the disease, compared to the remission phase, abnormalities in supraspinal pain control could take place, impairing the processing of the nociceptive inputs and so predisposing them to the pain attack.

We studied the functional activity of the supraspinal control of pain by evaluating the effect of an experimental heterotopic painful stimulation activating a diffuse inhibition of pain perception on the temporal processing of spinal pain – a measure of excitability of pain pathways – evaluated by measuring the temporal summation threshold (TST) of the nociceptive withdrawal reflex (NWR) of the lower limb.

CH during the active phase of the disease showed a significant facilitation in temporal processing of pain at spinal level coupled with a defective functioning of the supraspinal control of pain. In the same CH patients, but during the remission phase of the disease, these abnormalities reverted, making these patients not different from healthy subjects.

Our data revealed a persistent and generalized (extracephalic) facilitation of the sensory stimuli integration at spinal level in CH subjects, related to the state of the disease (active vs. remission phase).

We hypothesized, in view of the clinical features of the CH, that structures involved in both the maintenance of biological rhythms and pain controls, such as the hypothalamus, could directly or indirectly reduce the efficacy of the supraspinal control of pain, so operating in favor of the development of the pain attack as well as of the autonomic system activation during the so called active phase of the disease. 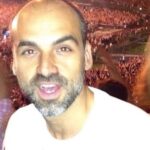 Armando is a neurologist with a PhD in Neuropharmacology. He is Consultant Neurologist at the Headache and Pain Clinic of the Mediterranean Neurogical Institute of Research, “Neuromed”, in Pozzilli, IS, Italy. He contributed to the development of the Neurophysiology of Headache and Pain Lab in Neuromed after his PhD graduation at Pavia University Medical School in 2008.  He is currently investigating pain neurophysiology in headache and neurodegenerative disorders.