Aerobic exercise and pain perception in people with headache – what’s the latest?

Home / Aerobic exercise and pain perception in people with headache – what’s the latest? 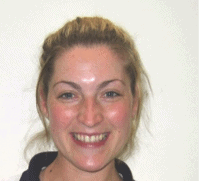 Now the paper is actually called “Has aerobic exercise effect on pain perception in persons with migraine and co-existing tension-type headache and neck pain?  A randomised controlled, clinical trial” and I confess I did have to read the title several times to get my head around it, but I was instantly intrigued.

What do we know about this?

There is an increasing body of research demonstrating the analgesic effect of exercise on pain perception in healthy people and some musculoskeletal pain conditions.  Also, we do know that people with pain (and I am going to talk specifically about headache in this blog) have increased pain perception – meaning they report allodynia (usually non-painful stimulus is painful) and hyperalgesia (more sensitive to a noxious stimulus.)

But, physical activity has been shown in people with a history of migraine of approximately 20 years, to reduce migraine pain intensity, duration and burden (demonstrated by increased ability to participate in work/study/family activities) and increase ability to engage in activity because of reduced impact of their headache and neck pain (Kroll 2018).  Interestingly the exercise group in that study still reported the same frequency of migraines compared with the control group. So, the improvements in quality of life were independent of the number of migraines they suffered.  This leads to several questions – you may be thinking; do we know the mechanism behind exercise induced hypoalgesia?  What is exercise induced hypoalgesia anyway?

Well these authors had similar questions to you and me and had a go at trying to answer some of the pieces in the complex puzzle.  But to start with – exercise induced hypoalgesia (EIH) refers to an increase in thresholds following exercise (you are less sensitive) and this has been measured using things like pressure pain thresholds, it has also been measured using clinical pain provocation tests.  And EIH is complex and wonderful – some studies have exercised the body region where people have pain, some people have exercised away from the area of pain and some studies have completed general exercise like biking.  The EIH effect has varied between people, exercise types and different conditions – like fibromyalgia and fair to say we don’t understand it fully.  There have been several theories regarding the mechanism behind EIH (like blood pressure etc).

So, Kroll and colleagues gathered fifty-two people with migraine and co-existing tension-type headache and neck pain to look at their pain perception and aerobic exercise.  To be included people had to report a minimum of two attacks or migraine and minimum one day with tension type headache and one day with neck pain per month.  They were randomised to either aerobic exercise or control group with fancy randomisation.

What did the aerobic group do?

What did the control group do?

What did they measure?

The aerobic group got fitter and exercised more.

Actually, there were some inconsistent results (otherwise known as humans are highly variable).  For example, the exercise group showed a reduced total tenderness score (but in the sub-group analyses this was only in the non-responders!)

No sensory or pain perception measures that were taken were affected by aerobic exercise in this study. The difference between this study and some previous studies looking at EIH specifically were that studies generally look immediately after the bout of exercise. This one was interested in looking at aerobic exercise over time and whether it altered pain perception in associated with, or as a mechanism for improvements in headache.

What does it mean for people with chronic migraine?

So, aerobic exercise is fantastic – it doesn’t appear to work at reducing migraine burden via reducing our pain perception.  The mechanisms associated with EIH may be complex and inter-twined and could include changes in self-efficacy, reduction in avoidance behaviour (Rollnik 2001, Bunzl 2017), changes to well-being, endorphin release and many more.  This is the first study looking at aerobic exercise over time that has tried to also investigate mechanisms of effect on pain perception (to try to understand if this relates to changes in migraine burden) so hooray and let there be many more.  In the meantime, let’s encourage people to be active as part of their overall management! 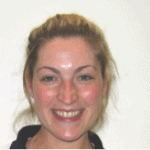