Talking your pain away…

Home / Talking your pain away… 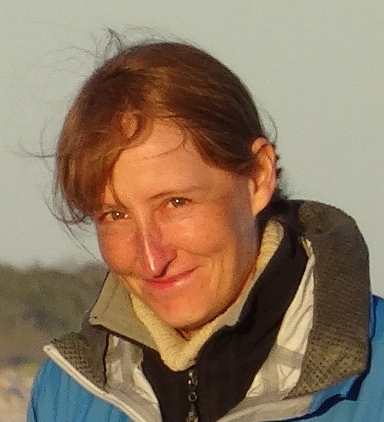 Adopting this Darwinian perspective, we asked whether vocal exclamations made by individuals in pain could help reduce suffering. Prior research suggests that such an effect is plausible. Richard Stephens and colleagues at Keele University in the UK showed that compared to speaking normally, swearing reduces pain (Stephens, Atkins, & Kingston, 2009). Additionally, other research has tackled motor, auditory, and cognitive processes that relevant to vocalising. Motor processes include breathing in and out, making the vocal folds vibrate, and shaping the mouth region for articulation. Auditory processes arise from the vocal feedback and and cognitive processes from prior learning about the consequences of vocalizaing (e.g., If I cry, someone will help me). Extant finding suggest that each of these component processes is potentially analgesic. Putting this to the test, we invited 55 participants for two lab visits (Swee & Schirmer, n.d.). Both visits involved a procedure called the cold pressor test. During this test, participants are asked to submerge one hand in a container of ice-cold water and to withdraw their hand only when pain becomes intolerable. During the first visit, participants completed the test while watching a fixation cross on a computer screen appear and disappear at rhythmic intervals. They were asked to say “ow” every time the fixation cross appeared. Their vocalisations were recorded and subsequently edited for presentation during the participants’ second visit. During the second visit, participants completed 5 cold pressor tests with small breaks in-between. We varied what participants had to do when the fixation cross appeared. This included (a) simply watching the cross, (b) saying “ow”, (c) hearing their “ow” recording, (d) hearing the “ow” recording of another participant, (e) pushing a button. A video camera recorded how long participants kept their hand under water.

Thus, we could show that crying out helps individuals deal with pain in that it allows them to tolerate a noxious stimulus longer. Moreover, we could shed light on potential mechanisms underpinning the effect. By asking participants to predict what saying “ow” does to pain and by showing that their predictions were unrelated to the time they managed to stay in the water, we ruled out the possibility that expected consequences played a causal role. Additionally, by including control conditions in which participants simply heard their own “ow” or the “ow” of another person, we could exclude that auditory processes triggered by vocal exclamations reduced pain.

This left us with the motor component of vocalising, which we had tested in the button condition. Because saying “ow” and pressing a button prolonged hand submersion by about the same time and both were significantly correlated (i.e., participants who showed greater benefits from saying “ow” were also the ones showing greater benefits from pushing a button), we suspect that analgesia from vocalizing emerges via motor processes. Possibly such processes create bodily feedback (e.g., sensations from the skin) that competes with the bodily feedback resulting from the pain stimulus. In other words, the benign and painful sensation jointly signal to the brain, which then must divide processing resources – thus reducing one’s conscious perception of or awareness for pain.

Whether this is indeed what’s happening has to be tackled by future studies. What we can say for sure is that vocalising confers benefits beyond being a signal for others. Moreover, its benefits seem substantial. In our study, saying “ow” increased pain tolerance by about 20%. One may speculate that benefits in real life may, perhaps, even be larger. There, vocalisations are typically less measured. That is, people are likely to say “ow” and other things more forcefully and can do so continuously without the somewhat unnatural breaks that were introduced for standardisation in our study. Therefore, we believe that the automaticity with which we vocalise in pain rather than, say, push a button or pull a toe, comes from the fact that, in addition to being a communicative signal, vocalising is an effective analgesic that requires little effort and is easily applied when injury and pain obstruct other, more complex body movements. 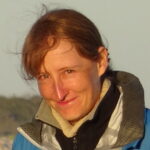 Annett Schirmer completed her undergraduate and doctorate degree in psychology at Leipzig University, Germany. She then worked as a research scientist at the Max Planck Institute for Human Cognitive and Brain Sciences in Germany where she pursued a specialisation in the neuroscience of nonverbal communication. At present, she is an Associate Professor in the Psychology Department at the National University of Singapore. She directs a research lab in which she employs a range of measures including reaction times, eye gaze, heart rate, electroencephalography, and magnetic resonance imaging to study the impact of affective nonverbal signals such as vocalisations and touch on mental and behavioral processes. She recently authored a book entitled “Emotions” that appeared with Sage Publishing.

Genevieve Swee received her undergraduate degree in psychology at the National University of Singapore in 2014. While there, she worked as a research assistant to Annett Schirmer, under whom she also completed her undergraduate thesis. Upon graduation she took on a research assistant position at KK Women’s and Children’s Hospital in Singapore, where she is involved in several projects examining children with autism and their families.

Darwin, C. (1872). The expression of the emotions in man and animals. London: John Murray.