Despite the popularity of exercise programmes that emphasise “core stability” for the prevention and treatment of chronic low back pain (LBP), numerous high quality randomised controlled trials (RCT) (e.g. here, here and here) have not found them to be superior to other therapies such as general exercise. In fact, core stability exercise programs have been found to be only marginally superior to placebo (e.g. here), and produce only small, short-term improvements in pain and disability.

For this reason, a recent study (Aleksiev 2014) caught our attention. It compared four groups of people with recurrent LBP who were allocated to receive strengthening or flexibility exercises, with and without abdominal bracing. It found that abdominal bracing added significantly to the effect of strengthening and flexibility exercises and concluded that “abdominal bracing could be considered as a preliminary muscle back belt” which “increases the frequency of trunk muscle contractions which increases the chance of successful LBP prevention.” Given that these findings are in marked contrast to the aforementioned RCTs, we wanted to see if there were any reasons for such markedly different results. Several noteworthy aspects to the study were addressed in our letter to the editor (O’Keeffe et al. 2014). These included:

Due to the number of studies that contradict these findings, and the concerns we have raised above regarding shortcomings in the study methodology, we believe that the results must be replicated in other settings using more rigorous methodology before they become accepted clinical practice.

It is worth remembering that no relationship has been found between the onset of trunk muscle activity and pain/disability levels, or the degree of change in pain/disability after core stability training as previously discussed on BiM (e.g. here). Emerging evidence (see here and here) also reveals that disabling chronic LBP may be more closely associated with increased co-contraction and hyperactivity of “core” trunk muscles, guarded spinal movement and an inability of the spinal muscles to relax (including transversus abdominis and lumbar multifidus). Furthermore, increased focus on protecting the spine in a manner which is not seen amongst people without chronic LBP has the potential to increase hypervigilance, and reinforce pain-related protective behaviours that are known to fuel the vicious cycle of pain. There is now considerable evidence that LBP is a multidimensional disorder associated with a complex combination of physical, lifestyle, psychological, cognitive, social and neuro-physiological factors. Therefore, attempts to manage LBP are likely to require consideration of more than just the training of a specific muscle, or set of muscles. 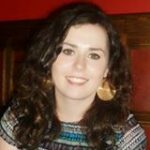 Mary O’Keeffe is a PhD student at the University of Limerick (UL), Ireland. The broad area of her research is the role of multidimensional rehabilitation in chronic low back pain. Her PhD research is examining whether tailoring this rehabilitation to the individual patient presentation enhances effectiveness, and is worth the additional time (and costs!) involved. Her supervisors are Dr. Kieran O’Sullivan and Dr. Norelee Kennedy from UL and Prof. Peter O’Sullivan from Curtin University, Perth. Their research group promotes evidence-based assessment and management of chronic pain through www.pain-ed.com