Evidence about reassurance for back pain is not reassuring

Home / Evidence about reassurance for back pain is not reassuring 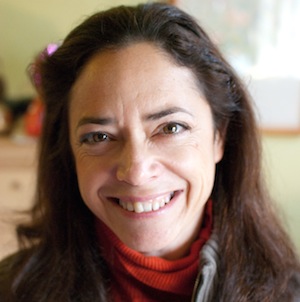 Giving reassurance may be one of the most commonly used strategies for non specific low back pain (LBP) in primary care. We set out to review the evidence on reassurance in low back pain. We wanted to look at this neglected area because the majority of guidelines mention reassuring patients, especially at early stages of back pain. We wanted to find out how best to reassure patients in consultations in primary care. It turned out to be a tough job, nevertheless we systematically reviewed the literature.

Very early on, we realised that there were hardly any publications dedicated to reassurance in LBP. To find the evidence we had to look across broader groups that resembled LBP in primary care, and we had to develop some operational definitions for ‘reassurance’.

For the purposes of the study we defined reassurance as something that the therapist does, with the aim of reducing anxiety and changing beliefs and behaviours. We used a broad patient-centred approach to divide the consultations into data gathering followed by information giving, and focused on this latter stage as the major opportunity for reassurance. Finally, we were able to identify a model, developed from evidence of effective persuasion, which classified reassurance into affective and cognitive components. This model was a major breakthrough for us, because it proposed a counter-intuitive and highly controversial hypothesis: Affective reassurance was defined as a swift emotional response to a message from the therapist that suggested that the patient was understood, heard, cared for and supported. This message resulted in immediate reduction in anxiety. In contrast, cognitive reassurance is slow, iterative and demanding. It involves a neutral transmission of information from therapist to patient. According to the Coia and Morley model, only cognitive reassurance can result in changed beliefs and behaviours. The motivation for engaging in change is reduced with affective reassurance, as the urgency for change is reduced alongside the reduction in anxiety. So, once the patient is away from the consultation in the real world and the pain strikes again, they have no new tools to deal with it. The model suggests that patients will engage with affective or cognitive reassurance, but that they will not engage with both simultaneously. In a radical statement, the authors called for clinicians to abstain from their ubiquitous attempts to deliver affective reassurance, as they may cause more harm than good.

We considered that the model was testable, by looking at evidence from prospective cohorts that measure the interactions during the consultations, and looked at patients’ outcomes.

We considered that a key aspect of reassurance was the uncertainty that patients and therapists had to deal with, about unclear aetiology, variable prognosis, and weak evidence on effective interventions. We therefore restricted our inclusion criteria to studies of groups that didn’t have a clear diagnosis and management plan. We also excluded groups where management included regular tests and referrals. The majority of guidelines recommend avoiding these for LBP, and we considered that it might be an important aspect of reassurance (or failure to reassure).

Hence the systematic review, and the surprising findings – generally supporting the model. Cognitive reassurance (giving clear explanations about aetiology, prognosis, discussing treatment plan etc.) improves outcomes not only in the short term, but also in the long run. Affective reassurance at best improves patients’ satisfaction at consultation exit, but there was also evidence (from three studies with decent methodology) for an association with poorer outcomes.

We have to emphasise that no causal path can be inferred, and the likeliest explanation is that therapists identified the extra needs in patients who were more likely tohave worse outcomes, and tried to provide emotional and pastoral support.

We would like to hear views from readers of this blog in response to the following questions: : 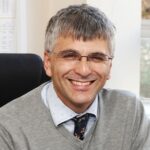 Steven Vogel is Vice Principal (Research) at the British School of Osteopathy in London. Although most of his working time is spent on research, he has held a clinical post as an osteopath in an NHS primary care setting since 1993. His main research interests focus on back pain, clinicians’ beliefs and attitudes and more recently safety and manual therapy. Steven was a member of the development group for the NICE clinical guidelines for persistent non-specific low back pain and is an editor for the International Journal of Osteopathic Medicine. Spare time is a thing of the past, as his other full time job involves taking his three boys to various sports related activities 🙂 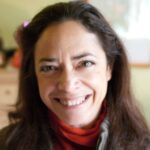 Professor Tamar Pincus holds a PhD (University College London), as well as Masters degrees in experimental research methods in psychology (UCL), and epidemiology (Cambridge University). Her research has embraced a variety of methodologies, including experimental, epidemiological and qualitative. The research has included investigation of attention and recall in pain patients; the psychological predictors for poor outcome in low back pain, and the study of clinicians’ beliefs and attitudes in low back pain. Recently the focus of her research has moved to investigating the effectiveness of interventions through randomised controlled trials, and throughout she has collaborated closely with researchers from many disciplines, including doctors, physiotherapists, osteopaths, chiropractors and clinical psychologists, from a multitude of institutions, including Warwick, Keele, QMW, Leeds, Manchester, The British School of Osteopathy and many others. She also convened the international consensus group to establish what factors and measures should be included in prospective cohorts investigation the transition from early to persistent back pain. Most recently her research has focused on delivering effective reassurance to patients in primary care.